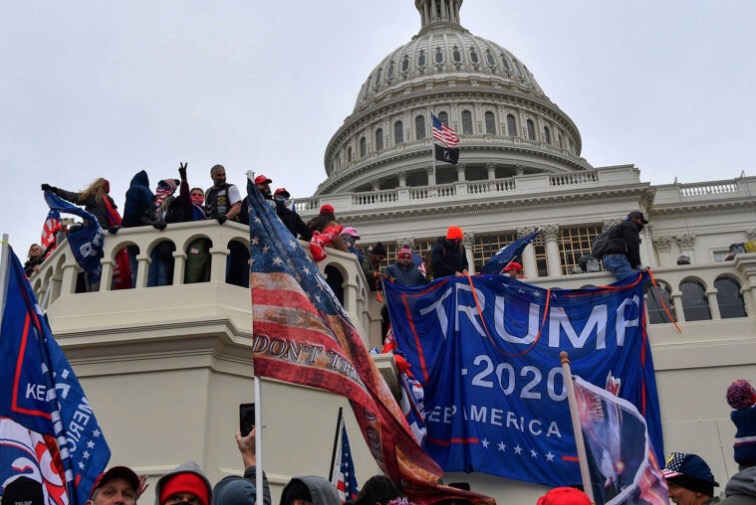 GUEST COMMENTARY - The Trump era was marked by the administration loading the federal judiciary with a seemingly endless number of right-wing extremists, many of whom weren’t remotely qualified to serve a lifetime on the bench.

Imagine if the next Republican president took that concept, multiplied it by thousands, and took over the entire federal bureaucracy.

Unfortunately, that’s not an idle threat. In the final days of his administration, Trump signed an executive order that would have created a new category for federal employees called Schedule F. The order allowed Trump to reclassify federal civil servants who oversee policy as political appointees, essentially making their employment dependent upon the whims of the president.

To put the order in context, presidents get to appoint about 4,000 people as true political hires. Under Schedule F, bureaucrats who carry out the policy of whatever administration is in power would suddenly be considered the same kind of appointee as Ivanka Trump.

In short, Trump would be able to fire 50,000 civil servants at will and replace them with loyalist hacks. (By contrast, Trump only appointed 234 judges.) The move would disrupt the functioning of government and remove the firewall that stopped Trump and his cronies from violating federal policies the first time around.

To give you a sense of who would be affected by the bill, 400 employees in the Office of Management and Budget would suddenly be subject to being canned. That’s 80 percent of the entire workforce.

Because he was too busy with his coup, Trump never got around to implementing Schedule F. He won’t make that mistake if he’s re-elected.

Trump is already promising at his rallies to destroy the impartiality of the civil service.

“We will pass critical reforms making every executive branch employee fireable by the president of the United States,” he said at a South Carolina rally. “The deep state must and will be brought to heel.”

Republicans are already building a database that could easily be used to supply Trump with the willing lackeys who would step in to carry out his authoritarian threats.

That means that if Trump wanted to take a page from Texas Gov. Greg Abbott’s book and subject parents to investigation for supporting their trans child, there would be someone at HHS happy to do so. The courts–you know, the ones that Trump already stacked with loyalists–may eventually intervene, but in the meantime, a Trump loyalist would gleefully be directing the federal government to do as much damage as possible.

That’s just one example. Imagine if those hacks had been in place when Trump lost the election. Trump would have had folks in the Justice Department declaring the election results a fraud and refusing to allow the certification of Joe Biden’s victory. We know that there were plenty of people by Trump’s side who were willing to do just that.

Much of the speculation about Schedule F has focused on how Trump would implement it if he was re-elected. However, given the authoritarian bent of the GOP these days, he’s hardly the only presidential candidate likely to turn the federal bureaucracy into a personal fiefdom.

Gov. Ron DeSantis has already shown how it can be done on a statewide level in Florida. He’s used the power of government to punish Disney for exercising its free speech rights. He’s forbidden the state from promoting COVID vaccines for children, and has an anti-vaxx doctor running the state department of health. He’s asserting his control over the political appointees who oversee the state’s higher ed system to infringe on the academic system, having floated a plan that would give him far more control over how colleges in the state operate.

These are the hallmarks of an authoritarian takeover of government. Trump relied on violence, but the way democracies die is more like Hungary’s example. There, Viktor Orbán used the existing structures of democracy to his advantage to stack the deck in his favor so he could then do as he pleased. No wonder he is the hero of the American right. From that perspective, Schedule F would only be the start.

(John Gallagher has been covering LGBTQ issues since 1991. He was formerly a senior news editor and correspondent at The Advocate. He is co-author of Perfect Enemies: The Religious Right, the Gay Movement, and the Politics of the 1990s. This story was featured in LGBTQ Nation.)