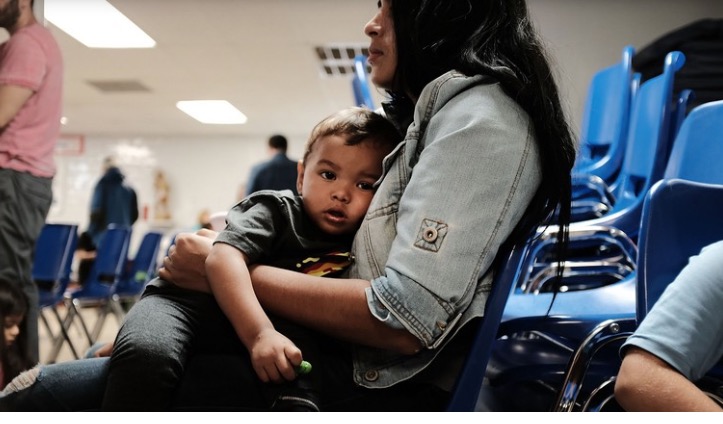 SUPREME RULINGS - It appears to be of no concern to the Supreme Court’s 6-3 ultraconservative majority how children are collateral damage in its monumental rulings to close the 2021-22 term.

First, the conservatives struck down New York’s requirement for gun owners to prove why they should be allowed to pack heat in public. The ruling ignored, among many practical realities, that bullets are now the top killer of children.

Then, in overturning Roe v. Wade’s constitutional right to an abortion, they not only denied a pregnant person’s right to their own body, but they also ignored the fact that children born to mothers who are denied abortions face a 3-in-4 chance of being raised in poverty.

Now comes the court’s crippling of the most important federal weapon available to avoid catastrophic climate change and its associated killing of tens of thousands of Americans every year with fossil fuel air pollution. The Supreme Court sharply limited the Environmental Protection Agency’s ability to slash carbon pollution from power plants. The justices told EPA that it can set carbon emissions standards based only on interventions at individual power plants. It cannot do what it tried to do under the Obama administration—establish national standards for coal-fired power plants under its Clean Power Plan. That plan would have cut plants’ emissions by shifting to cleaner energy sources.

In siding with coal companies and a posse of Republican attorneys general (not coincidentally, the same ones who generally represent the most gun-happy states rushing to ban abortion), the Supreme Court metaphorically threw children under the tailpipe and into the smokestack.

In a craven denial of climate impacts amid the political influence of oil, gas, and coal companies, the court put children in the firing line of fossil fuel pollution and climate change, rather than rescue them from harm’s way.

The Supreme Court is ignoring the science on health

The harms of pollution and a hotter planet were reinforced earlier last month by the New England Journal of Medicine (NEJM). Nine months ago, NEJM and a total of 200 health journals called for “emergency action” on climate change ahead of the United Nations Climate Change Conference (COP 26) climate talks in Glasgow, Scotland. The talks ended with no serious agreementsand carbon dioxide levels soaring to new records.

In response, NEJM launched a special series of studies and analysis on climate change and air pollution that is already killingnearly 9 million people a year globally. The leadoff articles in the series included a commentary from Lisa Heinzerling, a Georgetown University environmental law professor, who craftedthe victorious brief in the 2007 Massachusetts v. EPA decision where the Supreme Court said the EPA had the authority to regulate global warming gases. She wrote that a ruling against the EPA could have “dire” consequences for “the control of risks related to public health and the environment.”

Another leadoff article detailed the effect of fossil fuel pollution on children, co-authored by Frederica Perera, director of Columbia University’s Center for Children’s Environmental Health and Kari Nadeau, director of Stanford University’s Center for Allergy and Asthma Research. They cited United Nations data and reports showing that nearly every child in the world is at risk from at least one climate hazard, and 1 in 3 live with at least four overlapping climate and environmental “shocks,” including air pollution, water scarcity, vector-borne diseases, and severe heat, storms, and drought.

The data are overwhelming

When it comes to environmental hazards, air pollution is by far the most common, with 90 percent of the world’s 2.2 billion children living with high levels.

Researchers from the University of California San Francisco and the University of Washington last year found that particulate exposure was associated with nearly 6 million premature births and nearly 3 million low birth weight babies around the world in 2019. Even in the highly-resourced United States, particulate pollution triggers 16,000 preterm births a year, according to a 2017 report by the Centers for Disease Control and Prevention.

In the United States a Black baby is 50 percent more likely to arrive in a preterm birth than a White or Hispanic baby.

Air pollution, as Perera and Nadeau wrote, is linked in studies to asthma, anxiety, depression, and long-term intellectual disabilities.

“The data are compelling that the toll on children and pregnant women from fossil fuel-driven climate change and air pollution is large and growing,” the researchers wrote.

The data is so compelling, Perera and Nadeau could not detail it all, particularly the extensive studies detailing the harms caused by fine particulate matter.

In a groundbreaking study last year, US and British scientists found that fine particulate matter (PM 2.5) annually kills more people in the United States (350,000) than guns, drug overdoses, and vehicular accidents combined. That’s saying a lot since gun and drug deaths are at all-time-record levels and vehicle fatalities last year were at their highest number since 2005.

Many other studies show that reducing PM 2.5 would significantly increase life expectancy and it would certainly help avoid needless child deaths and health care costs. The US and British study found that 69 children in the US under the age of 5 died in 2018 from lower respiratory infections directly caused by breathing in fossil fuel fine particulates.

One study found that pediatric asthma costs the United States $6 billion a year.

This is all before factoring in climate change from fossil fuel emissions, which Nadeau and Perera describe as “threat multipliers.” Extreme heat and weather disasters, wildfire smoke, and mosquito and tick-borne diseases are also significant health risks to children, with many of those risks falling disproportionately on youth of color.

“Of particular concern,” Perera and Nadeau wrote, “are the cumulative effects of air pollution and climate change on mental health. Adverse experiences in childhood, such as disasters and displacement, not only raise the short-term risk of mental disorders but also confer a lasting vulnerability to anxiety, depression, and mood disorders in adulthood.”

A dagger against environmental protection

None of those concerns appear to weigh heavily on either Supreme Court or the Republican Party. All throughout the Obama administration, Republicans cut funding for the EPA, forcing staffing to drop from 17,359 in fiscal year 2011 to 14,779 in fiscal year 2016. Then-Republican Senate Majority Leader Mitch McConnell constantly attacked efforts to control climate change, condemning the Clean Power Plan’s nationwide emissions standards as “a dagger in the heart of the American middle class.”

Representing the coal state of Kentucky and long at the trough of fossil fuel industry campaign contributions, it did not matter to McConnell that the cleaving of coal jobs in Appalachia was due to the market forces of cheaper natural gas and the plummeting cost of renewable energy. Nor did it matter that the Obama administration said the CPP would avoid up to 3,600 annual premature deaths and 90,000 asthma attacks in children. In a 2015 letter to the National Governors Association, McConnell urged governors not to cooperate with the Obama administration on the CPP.

In 2016, the high court—already at a 5-4 conservative majority—put the CPP on hold. And McConnell made sure the conservative majority would grow by icing Obama’s last Supreme Court nomination and fast-tracking the final nominations of President Trump, who himself laid siege to the mission of EPA’s scientists and investigators to protect the public from toxic air, water, and soil.

The fruits of McConnell’s labor for the fossil fuel industry came into fruition this week as “his” Supreme Court put a dagger in the heart of the EPA.

By definition, curtailing the powers of the EPA is a direct attack on science and children. In the NEJM series, Perera and Nadeau said the mountain of studies connecting disease in young people to air pollution and climate change is so compelling that, “It is of paramount importance that research findings be rapidly translated into policies to protect and improve children’s and maternal health.” It is of paramount importance as the EPA estimates that there are 6 million children in the United States with asthma who are “especially vulnerable to air pollution.”

The Supreme Court heard none of those pleas for the vulnerable. Instead, when it comes to one of the nation’s biggest current health threats of air pollution and the burgeoning threat of climate change, the court has just made it horribly harder for the federal government to have any policy.