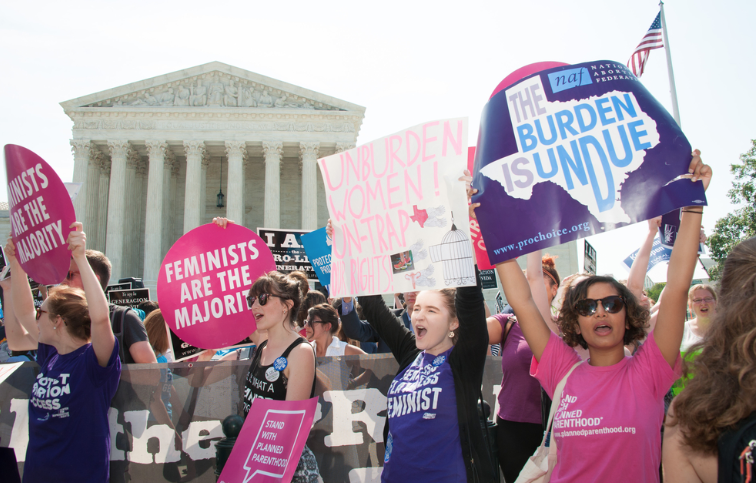 In addition to banning abortion beyond six weeks into pregnancy, the Texas law allows private citizens to sue anyone who helps a person abort a pregnancy, promising $10,000 payments for the bounty hunters.

Someone who decides to dedicate themselves to abortion bounty hunting could make a comfortable living. Just seven bounties would earn you more than last year’s median household income.

Those seven bounties wouldn’t have to come from seven abortions — they could come from just one. Because the category of those who could be said to “aid or abet” the termination of a pregnancy is so expansive, the number of individuals an abortion bounty hunter could sue is theoretically boundless.

As plaintiffs, abortion bounty hunters could sue anyone the pregnant person even remotely relied on — including anyone who furnished them with information about abortion services, family members who provided emotional support, and the specialist who performed the abortion.

The primary purpose of the Texas law is to instill fear in those who receive and administer abortions. But what drives that fear is the fact that our unequal economy is already so terrifying. Ten thousand dollars is a lot to lose when only 39 percent of Americans have enough savings to weather a $1,000 emergency.

Conversely, as the gap between the rich and the poor widens, $10,000 is a lot to pocket.

While American billionaires have increased their wealth during the ongoing coronavirus pandemic by nearly $2 trillion, 8 million more Americans were pushed into poverty last year. Social spending has cushioned that impact, but the lapse of expanded unemployment benefits will force many more Americans to make difficult choices.

Even as the pandemic continues to demonstrate the essential contributions of some of the lowest-paid workers in the country, the federal minimum wage remains stubbornly set at $7.25 per hour. Holes in the social safety net left many Americans without food, health care, and housing well before the pandemic.

Even now, after the pandemic proved the precariousness of Americans’ financial health, no federal legislation has been introduced to implement universal health care coverage or guarantee a universal basic income.

Scenes of Americans lined up by the thousands, waiting for free food in one of the richest countries in the world, should have been a lightning rod for change. Instead, they seem to have convinced some hardliners that Americans are just not interested in hard work.

The depravity of the Texas abortion law lies in its ability to pit desperation against desperation. Financial vulnerability egged on by unfettered capitalism has forced Americans to literally sell their blood plasma. No one should be surprised that it might also force them to sell their morals.

Abortion bounty hunters will inevitably seek to collect their bounties. When they do, don’t just blame the lawmakers who wrote this ugly law — blame the unequal economy that forces so many impossible choices. When capitalism is enlisted in efforts to limit women’s reproductive freedom, everyone loses.

(Ebony Slaughter-Johnson is an associate fellow at the Institute for Policy Studies who covers history, race, and the criminalization of poverty. This op-ed was distributed by OtherWords.org).