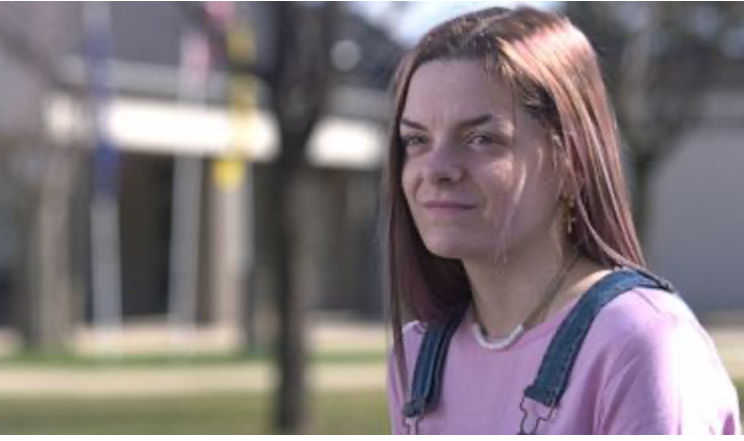 CYBERBULLYING FALLOUT-When 14-year-old Brandi Levy didn't make the varsity cut as a freshman cheerleader for the Mahanoy Golden Bears, she sounded off on social media, as teenagers are known to do.

"I was frustrated. I was upset. I was angry. And I made a post on Snapchat," Levy told ABC News Live. "I said, 'F school, F cheer, F softball, F everything.'"

When she posted the vulgar message to her friends on a weekend in 2017, she never thought she'd hear about it again. But days later, the school accused her of breaching a code of conduct and suspended her from cheerleading for an entire year.

Levy's Snapchat post and the punishment that followed are now at the center of a major U.S. Supreme Court case that tests the boundaries of school discipline and the rights of students to free speech.

"This is the first time that the U.S. Supreme Court is going to decide whether the rules that apply to kids when they're in school also apply to their speech when they are outside of school," said Sara Rose, an American Civil Liberties Union attorney defending Levy in the case.

The court in a famous 1969 decision said that students don't surrender their First Amendment rights at the schoolhouse gate, but that educators can limit speech on school property when it's materially disruptive. It has not addressed how school-related speech expressed off-campus can be handled.

"This case is so important because it has implications, not just for school leaders in Pennsylvania, but across the nation to be able to provide for the safety and welfare of students in their schools," said Paul Healy, executive director of the Pennsylvania Principals Association, which is backing the Mahanoy Area School District in the case.

Two lower federal courts sided with Levy in the dispute, ordering her returned to the team in 2017 and allowed her to continue her cheerleading career. Later, in a sweeping decision, a federal appeals court affirmed the decision, saying a school's authority to enforce the rules "does not apply off-campus."

"If they would have just taken her aside and said, 'Watch; be careful.' But the action they took, I think reached above and beyond where they should be," said Larry Levy, Brandi's father, who sued the school with help from ACLU. 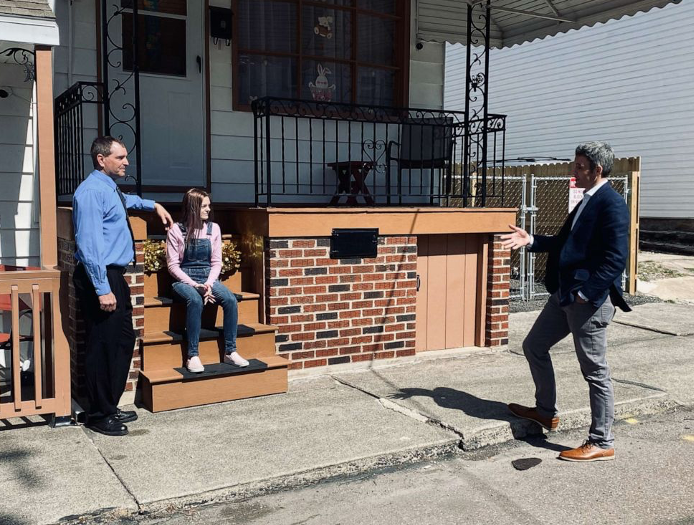 "When they're not under their school supervision, kids are under their parents’ supervision and the parents are the ones who should be able to decide what's appropriate for their children to say when they're at home," Rose said.

The Mahanoy School District, which declined ABC News' request for an interview, says in court documents that the appellate decision threatens to handcuff coaches, principals and teachers nationwide.

"The First Amendment is not a territorial straitjacket that forces schools to ignore speech, that disrupts the school environment," the school district writes in its brief to the Supreme Court.

"Coaches and school administrators, not federal courts, should decide whether the coach can bench someone or ask a player to apologize to teammates," it said. "The First Amendment is not a tool for micromanaging school determinations."

Healy said schools must be able to discipline students for inappropriate conduct online if they would clearly be disciplined for the same conduct offline. 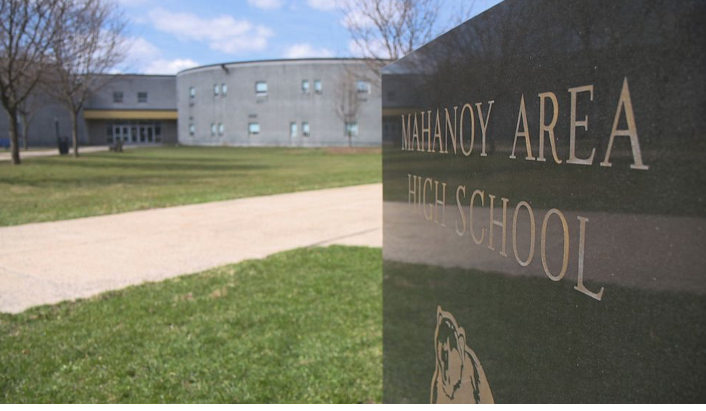 "If you're going to be involved in an extracurricular activity and you sign that code of conduct, you're held to a higher standard," he said. "You're supposed to be an ambassador of the school."

Levy maintains her Snapchat did not violate a school cheerleading code that required "respect" and "no negative information" to be expressed while part of the team. 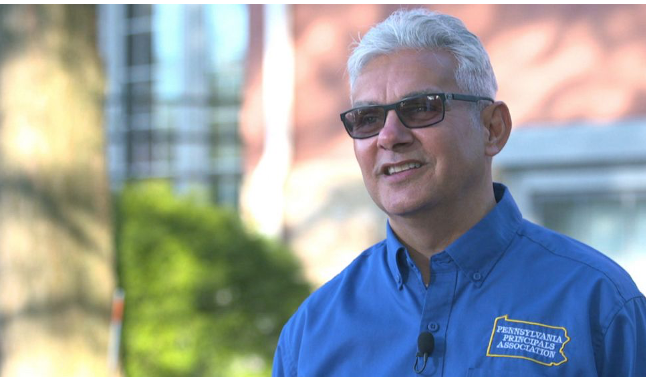 "That type of language and that type of rhetoric causes the school harm and can cause a disruption in the school," Healy said. "Social media takes it to another step, right? There's a wider audience."

State and national associations of school superintendents, school boards, teachers and principals have all filed legal briefs supporting Mahanoy Area School District in the case, warning that a decision restricting off-campus discipline would hurt efforts to ensure safety and order and to combat teenage cyberbullying.

Roughly one in three American middle or high school students say they've been victims of online harassment, according to the Cyberbullying Research Center. The group has found that the threat of punishment by schools is a key deterrent to would-be bullies.

"If they perceived that they would get in trouble at school for cyberbullying, they were significantly less likely to do it," said Justin Patchin, co-director of the center and a professor at the University of Wisconsin-Eau Claire. "If the courts come down and say, look, if it happens away from school, there's nothing you can do about it, I think that's going to potentially open up a lot of concern."

Maurine Molak of San Antonio, Texas, knows that concern firsthand. Seven years ago, her 16-year-old son David was relentlessly targeted online by bullies as a high school sophomore and later took his own life.

"We went to the school for help, and because a lot of it had occurred off-campus, the jurisdiction of the school was in question," Molak told ABC News Live. "And we tried to do everything that we possibly could. We moved schools. We talked to law enforcement, and our son David became feeling helpless and hopeless and he died by suicide."

Molak, who runs the David's Legacy Foundation, said schools nationwide need more authority to intervene in cases of cyberbullying and that the campus boundary shouldn't be used as a shield.

"You would have a perpetrator's parents who would go to the school and say, you don't have jurisdiction over this and you can't punish my child because this did not happen on your ground, on your campus, in your school walls and that was just not right," she said.

Molak said the Supreme Court case this month could affect the ability of schools to save lives.

"I don't want to see that happen," she said. 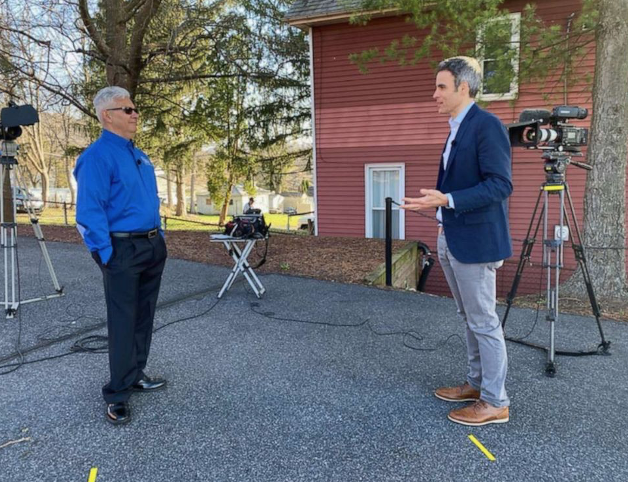 Free speech advocates said that while they don't condone bullying, Levy's case, and others like it highlight how school discipline can go too far.

"In this country, we protect speech, even if it's offensive, even if it's disruptive, because we believe in the marketplace of ideas. And I think that's the lesson we need to teach kids," said the ACLU's Rose. "Not that the government has broad authority to punish you for anything you say, no matter where you are."

Kimberly Diei, a graduate student at the University of Tennessee, told ABC News she empathizes with Brandi Levy over school punishment for off-campus postings on social media after her school tried to expel her over images it found objectionable.

"I do agree that there should be standards that are set, and I don't believe that anyone should be able to break the law off campus and then face no consequences from the institution," said Diei, "But like I said, nothing I've done has caused any harm.

The university, which declined comment to ABC News, later reversed the decision to expel.

"I can understand that there would be differences between adults in a doctorate program or other professional program versus high school students. But everyone has a personal life. Some people choose to be more open with theirs," Diei said. 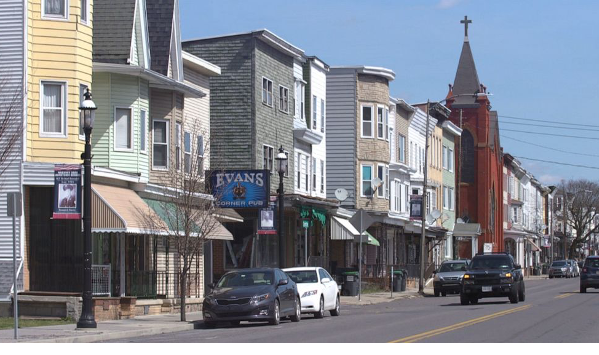 For Brandi Levy, the public spotlight was never something she wanted, but now said the Supreme Court could use her case to affirm the rights of teenagers everywhere.

"I just want the Supreme Court to realize that every person and every student and young adults have their freedom of speech and that the schools can't punish students for what they say outside of school and not in school grounds or school hours," she said.

As for her own controversial Snapchat, Levy feels a tinge of regret, but offered no apologies.

The court will hear arguments in the case on April 28 and hand down a decision by the end of June.