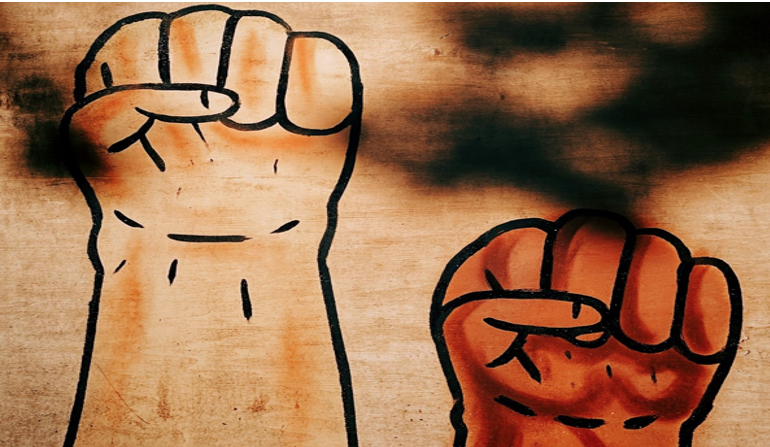 MAKING SENSE OUT OF CHAOS-Students and friends sometimes ask me what can be done in the face of the flood of despairing news of the day.

The despair of the time includes the actual threat of nuclear war, going beyond the tipping point in global warming, rescinding regulatory protections for people and habitat, increasing polarization of wealth, scapegoating of people for reasons of race, religion or gender and corrupting electoral systems. Some have asked me if it is already too late for a humane recovery. Others ask, what are the critical things that must change? And some ask whether there is anything meaningful that ordinary people can do.

As one who has long studied the failures of contemporary institutions, I have often relied upon others for inspiration on how to keep going against overwhelming odds and frightening conditions. Digging from what I have learned, I want to offer a few ideas that might be helpful.

First, for people who feel the current chaos to be too overwhelming and who need to look away in order to maintain a measure of sanity, I share this view. We all do need to nourish ourselves and our immediate surroundings. But you will not fall apart if you combine this self-care with keeping a steady eye on even the most onerous and heart-wrenching circumstances. We can cry, recover, and feel joy in the same day.

Second, human history has been a continuing struggle through pain and happiness. Each unnecessary case of suffering is a tragedy, but the greatest tragedy would be to end our experiment as a part of our social evolution. Whatever else we do we would be wise to keep our leaders at all levels from risking nuclear war or wars that may escalate into nuclear war and from perpetuating a nuclear arms race. At this time Trump advisors are setting up conditions to assure failure of talks with North Korea and to lower the threshold for nuclear war. This must be avoided if there are hopes for anything else.

Third, I think there is a need for pragmatic and creative activity to go on without a requirement of showing signs of success. We do not know, and social scientists have not been able to tell us, what are the necessary ingredients to generate a movement for constructive social change. No signing of a petition, no writing of a letter, no showing up for a march, no uncomfortable discussion with a friend, family member, or neighbor, no meeting with a group promoting peace and justice, no posting on social media, is wasted. Failure of powerful interests or of the media to notice what we do does not mean that the efforts are not heard, repeated, and reborn throughout the global community.

Fourth, we can be creative in choosing tactics that have the potential for greater leverage in social change. Large commercial corporations do sometimes bend to popular pressure. Some have responded by removing dangerous products or by ceasing exploitation of their workers. Some pension fund holders have persuaded their pension funds to divest from companies that create the machinery for killing in war or on the streets. Divestment from industries that support exploitation, boycotting their products, and rejecting the attempts to whitewash their actions through public relations are important. While scientific data can be helpful, individual stories can be quite persuasive, and each of us has some to tell.

Fifth, we are all capable of fighting back on individual issues, while at the same time, working toward a vision of a kinder and more caring society.

My vision is not of a utopian world free from conflict, jealousies, or hostility. It is one, however, that requires both change in embedded institutions and in ourselves. First, it is a social order in which violence is not condoned and in which a myriad of nonviolent ways for settling disputes are used and honored. It is a world in which our capacities to create justice evolve away from punishment and retribution into a form of restorative justice. It is a world in which apology, forgiveness, repentance, and restitution are the gold standard, not only for individuals charged with crimes, but for those who have been leaders of oppressive regimes.

Truth and reconciliation commissions need to be made the norm. It is a world which recognizes that protest and dissent are a sign that democracy is at work. It is a world in which education continuously reminds us of our interdependence and of the remote and potentially harmful effects of our own lifestyles. It is a world that does not claim the superiority of one set of cultural beliefs over all others and a world in which people and societies with more wealth find joy in sharing. And it is a world in which the borders of property and nations are made answerable to the needs of people and planet.

We each have dreams of a better world that have not been buried even by the harsh cruelties we see. By our daily acts to resist, to care for each other and our habitat, and through keeping the dreams alive we provide humanity a chance to move toward them.

(Dr. Marc Pilisuk is Professor Emeritus at the University of California, a faculty member at Saybrook University, and the co-author of The Hidden Structure of Violence. The author thanks Salvador Cumigad for assistants in preparing this document.) prepped for CityWatch by Linda Abrams.