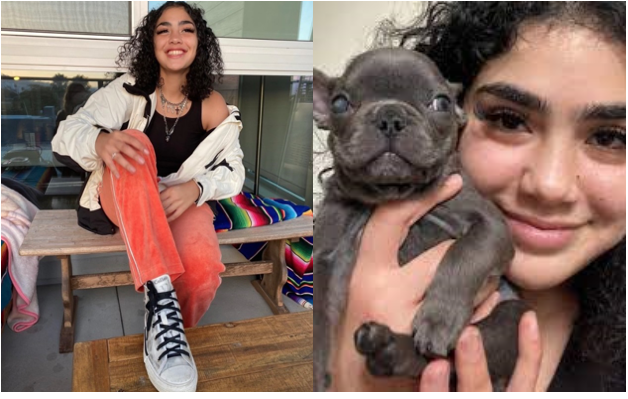 ANIMAL WATCH - Most of the world is aware of the violent theft of two of Lady Gaga’s French Bulldogs in February 2021 and the dog walker who fought valiantly to hold onto them and was shot by one of the robbers.

Those dogs were fortunate to have a mega-star owner who deeply loved them and could afford to offer a $500,000 reward to get them back.

Not all “Frenchies” are so lucky!  This is quickly becoming the latest celebrity status-symbol breed to become the target and victim of crimes – including animal cruelty.

ANOTHER FRENCH BULLDOG TRAGEDY IN HOLLYWOOD

On March 22, 2022, the Los Angeles Police Department issued a media release, headed, Man Beating Dog Shoots at Witnesses, asking for the public’s help in identifying a man in the area of 700 North La Brea Avenue on March 21, at approximately 7:30 p.m., who was observed on an apartment balcony physically beating a dog and who shot at two witnesses who were walking by and yelled at him to “stop,” striking one of them. 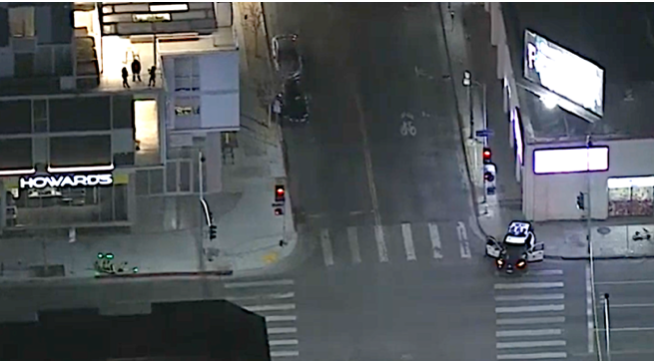 The victim who was shot was transported to a local hospital and was listed in stable condition, according to the police report. The suspect ran from the scene.  A perimeter was established by LAPD, but the shooter was not located at that time.

The suspect was described as male, Black, 6’2”, 140 lbs., approximately 21 years of age, and the release stated he “was believed not to live in the apartment complex but is rather a possible boyfriend of a local resident.”

Anyone with information on this crime was urged to call Wilshire Major Assault Crimes Detectives at LAPD.

The only crime that was mentioned was the shooting—not the beating of the dog.  There was no indication that the dog was taken for examination or treatment. No response or involvement by Los Angeles Animal Services was mentioned at that time, nor throughout the reported investigation.

NOT ALL “FRENCHIES” AS LUCKY AS LADY GAGA’S DOGS

This latest Hollywood dog tragedy did not get as much attention as those of Lady Gaga, and the facts determined later could foretell a much less favorable future for the animal victim.

An important Canyon News report on this event provides more details and disclosed that the victim was one of two French Bulldogs that are reportedly owned by the 20-year-old sister of another—much smaller scale—actress, Alexa Monsour, 25, [picture top left] who had a role in AMC’s The Walking Dead, World Beyond. The report claims that the dog owner at first provided false information to mislead police.

The two Frenchies are named “Cash” and “Dinero.” (You can draw your own conclusions from that.)

On March 27, a City News Service report provided by NBC, disclosed, Man Who Allegedly Shot Witness to Dog Abuse is Arrested, and that Saalih Mousa, 21, was arrested on March 23, and was being held in lieu of $1-million bail.

The arrest, however, was made only “on suspicion of attempted murder for allegedly shooting at two people, striking one, after the pair saw him beating a dog in the Hollywood area,” according to the report.

“His girlfriend, 20-year-old Athena Mansour, [owner of the dogs] was also arrested on suspicion of being an accessory after the fact and was initially held in lieu of $500,000 bail, but prosecutors opted not to pursue criminal charges against her and she was given a citation and released Thursday,” the Los Angeles Police Department reported.

“Two French bulldogs located at the scene of the shooting, Cash and Dinero, were released Thursday (March 24) to a responsible party associated with Mansour,” police said. (There was no indication of the color of the victim dog; however, an earlier photo of the owner, shows her holding a dark grey/black French Bulldog puppy. [See photo top right])

The Los Angeles District Attorney’s Office filed one count of 664/187PC- Attempted Murder on Mousa with a bail of $1 million, on Friday, March 25. Mousa is still in custody.

The Los Angeles District Attorney’s Office also filed one count of 32PC – Accessory After the Fact, for Athena Mansour, with a bail of $500,000.

However, prosecutors decided not to press criminal charges against Mansour, and she was issued a citation on Thursday, March 24, the report states.

Neither Mousa nor Mansour have been charged with animal abuse or any charge related to the dogs.

NO INDICATION OF COMPLIANCE WITH CITY ANIMAL LAWS

There was no indication that L.A. Animal Services took possession of the dogs for their safety nor that any veterinarian examined them. There is no statement by LAAS as to whether Cash and Dinero were licensed, spayed/neutered, or if a breeding permit was issued (which is required for ALL unaltered dogs over four months of age maintained in the city.) These are key factors in “responsible” pet ownership and should have been part of the consideration to release the dogs.

Has L.A. City Animal Services become irrelevant in law enforcement and protection of animals (and humans)?

HAD THE GREY/BLK FRENCH BULL DOG BEEN A VICTIM BEFORE?

There is no indication that Acting GM Annette Ramirez of Los Angeles Animal Services, provided the record of a prior call regarding “Suspect seen choking and physically abusing a French Bulldog (blk/gry)” at 639 N Fairfax Ave. that was received on 3/5/2022 (Activity #A22-004737), and is listed on the Department’s blotter for that date.

In fact, LAAS records show that there was no response to this phone report until a return call was made by LAAS on 3/21/22.  This was the date the beating occurred at a different (but nearby) address and the witness was shot.

COULD THE SHOOTING OF THE WITNESS BEEN AVOIDED?

In response to my California Public Records Act Request, the LAAS Custodian of Records provided the following report which appeared on the Department of Animal Services Activity Blotter for South LA On 3/5/2022.

Notes state that a report was received on 3/5/2022 of “SUSPECT SEEN CHOKING AND ABUSING DOG – FRENCH BULLDOG BLK/GRY.”

There was no indication in the records provided by L.A. Animal Services of any response by LAAS to the scene on that date, nor that LAAS took any action until an officer left a message on 3/21 on a voicemail requesting the reporting party on the 3/5/22 call to contact the shelter. (This was the same date as the dog beating/victim shooting incident.).

This call by LAAS was repeated on 3/23/22, when the Department again requested the 3/5 reporting party to “provide info regarding allegation,” and the notes say “received no response.”

An additional note at the bottom states, “LICENSING:  NONE.”

WHAT IF L.A. ANIMAL SERVICES’ MANAGEMENT HAD DONE ITS JOB?

It is not unreasonable to assume that, if Los Angeles Animal Services had responded to the call of the “Suspect seen choking and abusing dog – French Bulldog blk/gry” on 3/5, the shooting of an innocent and caring witness on 3/21 might have been avoided.

Also, this incident could affect the decision to not charge the suspect (and the owner) with animal cruelty, because—if verified to be the same dogs and the same owner—Athena Mansour would have had knowledge that Saalih Mousa was beating her dog on at least one prior occasion. Could that have resulted in charges that she was a willing accomplice in the abuse of her pet?

If they were not the parties involved in the 3/5/2022 incident reported to LAAS, then there needs to be an additional investigation of that report.

Also, why did LAAS management not require that both dogs were examined for wounds/injuries, and were licensed and microchipped PRIOR to their release to a “responsible party for Mansour?”

NOTE:  There were numerous news reports on this, but none as well-documented and vivid as the post by a writer known only as “Katheryn” on CanyonNews.com, “Sister of Actress Alexa Mansours Charged in Attempted Murder, Dog Abuse Case.”