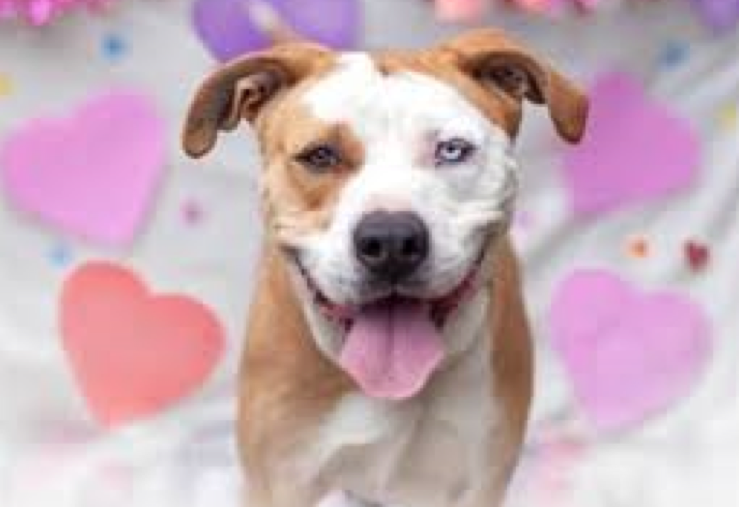 Neither the Mayor nor Barnette have shown particular prior public concern for the safety of LAAS  shelter employees and Animal Control Officers who  have been driving 15-year-old trucks that break down in the streets, and Animal Care Technicians inhaling Oil-Dri, used in LAAS shelters for cheap cat litter (with a cancer warning on the bag) and  being viciously attacked in the shelters by Pit Bulls with violent histories but still kept and offered for adoption in order to not tarnish the Best Friends' "No Kill" illusion.

It appears the City Attorney may also be involved in attempting to suppress information on injuries at L.A. Animal Services shelters. Recently, LAAS advised me that the City Attorney had opined the 2018 and 2019 annual OSHA reports (mandated to be posted in a visible location in each shelter) are not public records.

This decision was reversed after a private-practice attorney disagreed and gave LAAS "one last chance" to provide the documents or face a legal challenge. These documents provide the truth about the number of injuries to LAAS personnel contained below.

Sadly for the animals of Los Angeles, the Mayor (and GM Barnette) closed the North Central shelter--which serves downtown Los Angeles and surrounding densely populated low-income and homeless residents--without even a skeleton-crew to accept unwanted, stray or injured animals for later transport.

Barnette gushed over her COVID-19 adoption and foster figures for March. But, in reviewing the 2019 LAAS statistics, it appears that--other than kittens--the number of adoptions in all categories was lower than the same period last year. Fostering was up--not unexpected with people forced to stay home because of the coronavirus panic and a chance to get a free pet with no background check and with no permanent responsibility.

Which brings up another alarming aspect of this plan. L.A. City shelters were (and still are) populated with at least 70% Pit Bulls or mixes, many surrendered to LAAS because of a bite history or aggressive behavior or turned loose in the streets. How many of these recently went to fosters not spayed or neutered, which can result in more puppies in a few months and more dominant/aggressive mating behavior by males and efforts by both genders to escape yards and homes?

GM Barnette blames "COVID-19 and non-COVID-19 absences for reducing her staff by 89 people and leaving only 235 employees in field and shelter services. Interestingly, her downtown office staff increased from 42 in 2018 to 62 in 2019.  Are these entirely reassigned employees from shelters or were they new hires?    And, what new safety practices is LAAS implementing to safeguard employees?

The 2019 OSHA report (which the City Attorney tried to conceal) shows:

--North Central shelter (43 employees), had 12 injuries, with 90 days off work and 273 days of transfer/restrictions.

--East Valley (54 employees) had 13 injuries, with 307 days on transfer/restrictions,

Before Brenda Barnette was hired and implemented Best Friends "No Kill"--keep them all alive--policy, L.A. Animal Services had followed the Hayden Bill which indicated that dogs with aggression or serious behavioral issues could be euthanized for employee and public safety (unless requested by a "rescue"--which could then adopt them to the public.)

Attacks on employees were extremely rare, and only occurred when there was some blatant violation of safety policy. Now ACT's who feed, water and clean kennels enter alone and try to defend themselves against animals who have known serious anti-social characteristics or a history of attacks/bites.

Mayor Garcetti gloats over Los Angeles "almost" becoming "No Kill." But, he has never commented publicly or asked for an investigation of current safety practices, although many of the attacks on employees, volunteers and the public have been reported on CityWatchLA.com and other news sources.

On February 2, Bixby, the "sweet" Pit Bull, pictured surrounded by hearts (photo above) bit the face of the nice photographer who was taking a new portrait to get him adopted into his' forever home.'

Bixby had been at the North Central shelter since December 11, 2019.  He came in identified as a "stray / caught."

The supervisor's report to Barnette and other LAAS management staff after the attack states:

This dog [Bixby] bit the photographer in the upper lip.

The photographer was kneeling in front of the dog, giving him treats, when he looked up and he was face-to-face with the dog.  The dog came forward and bit him in the upper lip, under the nose?

Another document states that the photographer was "going to urgent care."

Can we imagine what would have happened if this had been a child at someone's home, who could be about the height of a kneeling adult and giving treats?

This is a prime example of how the public can be deliberately misled or intentionally deceived by the "window dressing" to just get dogs out of the shelter, regardless of risk

It is also a reason why animal shelter General Managers who condone or encourage this--not taxpayers--should be held personally financially responsible for damages.

A behavior note in Bixby's file on 12/21/19 also states "Very interested and fixated on smaller dogs. Would recommend keeping Bixby away from them."

Another note on 12/22 says, "Go slow, there's some unpredictable behavior...Allowed me to pet him but would tense up a little, tail stopped wagging...go slow, might still need to loosen up a little longer at the shelter."

In a system that takes in thousands of friendly Pit Bulls, why would this dog be kept, surrounded with hearts and fluff and offered to unsuspecting families/individuals looking for a pet?

Marley was pulled by our NH (New Hope) partner on 1/31/20.  It appears that they gave Marley to an Oregon (?} based rescue and Marley was being fostered through them n Los Angeles.

(Name redacted) stated that Marley just went after roommate's dog. Did not show any signs of aggression. Just went after the dog.  While attacking other dog, friends tried t pry dog's mouth 1/29the room.  Three, possibly four people were bitten by Marley. Dog that was being attacked did die from the attack."

A memo was sent on December 8 to the South LA. shelter which included Marley, AMONG 56 BEHAVIORALLY CHALLENGED DOGS, apparently being considered for the prison program that takes shelter Pit Bulls to be trained by inmates at an L.A. County jail.

The note states, "Sending a big list of some of the long-timers at South [L.A. shelter]...Now that you've seen the prison in action, you know what dogs need to be good with."

A note in the file to managers states, "A184024 Marley:  Candidate has several behavior memos and was previously quarantined....Victim was bitten while rescuing his own dog from A1840824..."

This memo also contains descriptions of two other impounded dogs with similar attacks on other dogs and attacks on owners, who were asked to be considered for prison rehabilitation.

It is important for Los Angeles taxpayers (who fund spays/neuters free of charge or discounted for pets of all L.A. residents) to know that thousands of dogs and cats will be released FREE OF CHARGE and IN-TACT into the hands of individuals who have to do nothing more than identify an animal on-line, fill out an application and provide a CA drivers' license (and possibly a utility bill). Adopters who pay for the pets will have a deferral period to have the pet altered.

Remember that approximately 70% of dogs available on the LAAS website right now appear to be Pit Bulls or Pit Bull-mixes. These unaltered pets are going out the door during breeding season.  They can also get an unaltered male and female dog as "companions," and many adopters/fosters will have little animal experience.  What can L.A. Animal Services and the residents of L.A. expect in pet population by fall?

(This is reminiscent of the April 13 announcement by Los Angeles County Sheriff Alex Villanueva that "his decision to release over 4,000 nonviolent inmates from county jail has been effective in preventing the spread of COVID-19, however, he has concerns about a potential future surge of crime as a result of so many inmates being released.")

DOGS/CATS/RABBITS DO NOT TRANSMIT COVID-19 BUT THEY DO MULTIPLY!

Studies so far have ascertained that pets do NOT transmit the COVID-19 virus. The COVID-19 policy can be read on the LAAS website.

The short version seems to be that animals are selected from on-line photos and the potential foster/adopter fills out an application, also on-line, and makes a one-hour appointment for the process of adopting/fostering an unaltered pet they have not met (there is no indication any contact will be made before they take possession, which could result in getting a dangerous dog or moody cat.) And, it is likely they will be asked to waive LAAS liability based upon shelter notes.

This means, of course, that the last two decades of intense sterilization efforts could be quickly erased and dog packs and sick, starving feral cats in streets and parking lots could quickly again become the "new normal."  And, with a high number of aggressive-breed dogs potentially reproducing, how will this impact future public and Animal Services' employee safety?

Many CA areas do not have shelter veterinary staff, but Los Angeles does. Is this risk of population increase really necessary in LAAS shelters, where clinics are in the same building as the shelter and veterinarians are already present and Barnette assures us the population is down?  There are now empty, sanitized kennels where animals could safely recover from surgeries and go directly to their new home.

Brenda Barnette will be quick to say that three major groups, including UC Davis, advise the practice of deferring non-emergency surgeries, but we are paying her very high salary to make decisions based upon Los Angeles circumstances and future, not the advice of "experts" in educational institutions.

Barnette has attempted twice to institute a policy that would allow pregnant dogs to have puppies in the shelters, which she justified as "increased revenue."  Herfirst attempt was squelched by Councilman Paul Koretz.  The second recent attempt ended tragically with the mother dog, an adorable older Bichon, namedSnowball, dying during the birthing process.

However, Barnette was not deterred.  She included in her "Finders, Keepers" plan which allows a stranger to legally keep your lost pet, and recently approved by City Council, that "any puppies born while a lost dog was in the home of a finder" would become the property of the City of Los Angeles Animal Services Department.

GM Brenda Barnette is now asking for a bigger budget, but we can be sure she will not put much effort into making the shelters safer. This is a pattern.  For years she has been authorized  revenue to hire more Animal Control Officers but has been "unable to find suitable applicants."

If the Los Angeles Animal Services' budget were not being depleted by stockpiling behaviorally unsound and/or known-aggressive and dangerous dogs, there would be plenty of room to keep all of L.A.'s homeless pets in our shelters until they are spayed or neutered during this COVID-19 crisis and to keep lost animals where owners can find them.

This is why we pay almost $50 million a year for an Animal Services department. If Mayor Eric Garcetti demanded that GM Brenda Barnette reduce injuries to employees resulting from poor management, and stop warehousing vicious or dangerous pit bulls for months or years to please Best Friends Animal Society, there would be enough funding to adequately staff all shelters at all times--even during a crisis.