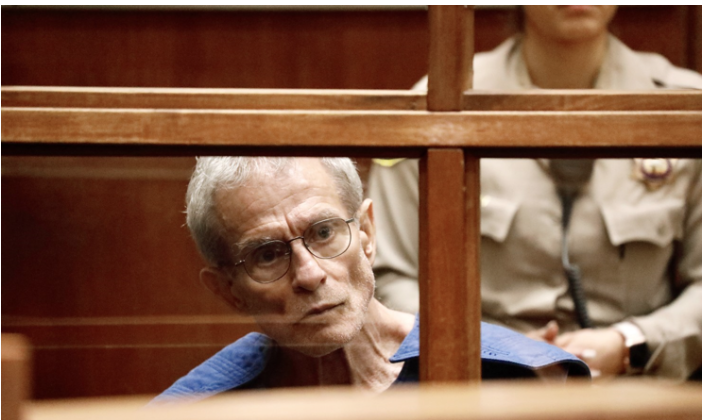 Los Angeles-area animal  activist and political donor Ed Buck, who appeared in support of Councilman Paul Koretz' ban on pet shops, was once photographed with such notable Democrats as Hillary Clinton but now faces a 20-years- to-life sentence in prison if convicted of federal and state charges issued this week.

Buck was charged in a federal criminal complaint with one count of distribution of methamphetamine resulting in the death of Gemmel Moore, a 26-year-old Black gay sex worker, according to the United States District Court for the Central District of California.

A coroner's report noted Moore accidentally overdosed on methamphetamine. Authorities found Moore naked on a mattress in the living room with a "male pornography movie playing on the television," the Los Angeles Times reported.

Buck, 65, was arrested Tuesday on state charges after an unidentified man survived a methamphetamine overdose in his apartment on Sept. 11. He is accused of injecting the man with the drug at his apartment.

Seymour Amster, Buck’s attorney, told the LA Times that Dean, “was an old friend who died of an accidental overdose, and unfortunately, we believe that the substance was ingested at some place other than the apartment. The person came over-intoxicated."

U.S. Attorney Nick Hanna announced that Buck was transferred to federal custody, where prosecutors will ask for him to be held without bail until trial. (Photo above, right after arrest.)

“The criminal complaint alleging Mr. Buck caused the death of Mr. Moore is supported by a 21-page affidavit that outlines a disturbing pattern of Mr. Buck soliciting men for sex in exchange for drugs and money,” according to Hanna.

The complaint also includes allegations from nine victims who said that Buck either administered drugs to them or strongly encouraged them to ingest drugs in exchange for sex, he said.

WHO HAS TAKEN MONEY FROM ED BUCK, THE ACTIVIST?

Journalist Jasmyne Cannick provided, Making a List and Checking it Twice--Who has Taken Money from Ed Buck, which she states is, "...a partial list of current office holders, PACs and Democratic Clubs who have received money from Ed Buck during the same time period that victims say they had dealings with him–2008 through 2017. The list is broken up into five sections–Clubs, Committees & PACS, Federal, State, Los Angeles and West Hollywood campaigns."

What has largely escaped notice by California news outlets during the events leading to the charges against Buck was the quiet disbursement of Buck's donations to the campaign of the first openly bi-sexual Arizona Senator Kyrsten Simena -- newly elected U.S. Senator -- who began donating the funds to non-profit organizations, beginning in 2018 to distance herself from Buck, according to The Republic.

Bucks support, alone, might have not raised red flags if it had not occurred simultaneously with donations from the owners of Backpage.com, a sex-trafficking/prostitution site that also needed to be disbursed by Sinema. Although not apparently related, this has created a political quandary that will now be compounded by the recent charges against Buck. 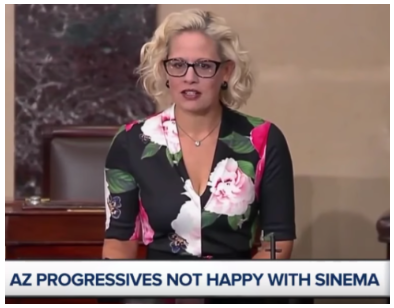 Buck, a former Arizona political activist, has given Democratic candidates and organizations supportive of the party more than $150,000 since 2004, according to Federal Election Commission records. Sinema, who was running for the U.S. Senate seat being vacated by Republican Jeff Flake, was among the top individual recipients of Buck's contributions in that time. Sinema (photo left) had been in the House of Representatives since 2013.

"Sinema appears to have handled the Buck controversy with less difficulty than the Backpage issue. Last year she fumbled for days after news of the Backpage donations broke, first brushing off questions about the issue to reporters and then struggling to find a charity willing to accept the tainted money," AZCentral reported.

On March 18, 2018, Congresswoman Kyrsten Sinema has quietly donated $33,800 to charity to erase her ties to Ed Buck, a prominent Democratic donor who has come under scrutiny after a male escort died of a drug overdose at his California home last year.

For Sinema, it is at least the second round of campaign cash cleansing in less than a year. In April, she donated to charity $53,400, the amount she received from those with ties to Backpage.com; see:

After a media non-profit rejected a donation, the Arizona Democrat will send it to the Arizona Coalition to End Sexual and Domestic Violence.

It was the second attempt in recent days to shed money her campaign accepted last year from Michael Lacey and James Larkin, founders of Backpage.com and former Phoenix New Times executives," according to AZCentral.

The report states, "By Tuesday afternoon, Sinema had donated $53,400 from other Backpage.com employees and family members to the Arizona Coalition to End Sexual and Domestic Violence."

All told, the two men have made federal and state political contributions of $162,200 since 2013 — $60,200 of that to Arizona politicians and political committees, and $10,600 of that to U.S. Rep. Kyrsten Sinema in 2013 and 2016, according to an analysis of state and federal campaign-finance records. She was the biggest individual beneficiary of their donations in Arizona.

Sinema’s office repeatedly refused to answer any questions about the donations.

WAS THIS REPORT ABOUT BUCK IGNORED?

In a January 9, 2019, report by the Daily Mail by a 28-year-old man, Jermaine Gagnon, who told DailyMailTV how he narrowly escaped death when Edward Buck injected him with crystal meth, “I thought I was going to be the next to die at Ed Buck's house.”

Gagnon said Buck, 63, paid to fly him from Minnesota to Los Angeles, drugged him with a substance dissolved in Gatorade then injected him with crystal meth.

The 28-year-old shared photos of Buck, wearing white long johns, crouched over him on a mattress during one of their nights together last year.

The details are lurid but there are many photos that definitely appear to be Buck and his apartment, as described by other victims.

Buck, looking very frail and thin in news photos, is now facing the rest of his life in prison. There are those who don't believe that is enough.

An Op-Ed in WeHoVille on September 20 by Marco Colantonio, who describes himself as a longtime West Hollywood resident and activist, states that the City officials should take a step toward "healing these brutal wounds and offering solace and closure to the families of Buck’s victims. . . "

That is true for all of us. Nothing has been more divisive and painful than seeing and hearing the suffering of Gemmel Moore's mother and those who mourn for him yet are clinging to the belief this is a racial issue for everyone.

Ed Buck deserves whatever punishment he gets regardless of his skin color or economic status, but we must all unite in the healing and support of this family and this community. The color of our skin does not change the sadness we feel that this happened to Gemmel.

He could have been anyone's son.