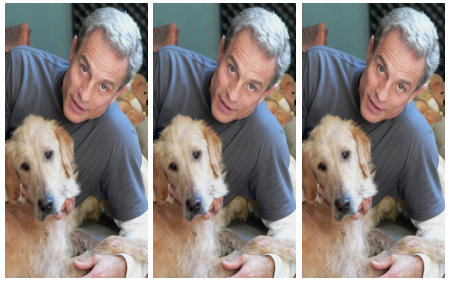 ANIMAL WATCH-According to the WeHo Times on August 7, 2007, the Los Angeles County Coroner reported he had closed the case on the death of Gemmel Moore, 26, at 7:22 p.m. on July 27, determining that it was an accident and caused by the use of methamphetamine.

The incident occurred at the West Hollywood home of Ed Buck, well-known local Republican-turned-Democratic-Party fundraiser and donor to high-profile local and state Democrat candidates, as well as serving as chair of the Stonewall Democratic Club’s Political Affairs Committee.

Buck is shown in the Daily Mail  in smiling photos with Hillary Clinton (2015) and CA Governor Jerry Brown (2010).

Gemmel's grieving mother, LaTisha Nixon, told writer Ryan Gierach she had learned that her unemployed son had recently been doing sex work. She said he had just left the family home in Texas hours before, using a ticket she says was purchased by Ed Buck. She added that reports by one of her son's friends, also in the LA sex industry, made her suspect that something more sinister may have happened to Gemmel.

Ms. Nixon told the WeHo Times that an LA County Sheriff's Department detective had called her following her son’s death and said no drugs or paraphernalia were found at Mr. Buck’s home.

She states she is still going to pursue the matter but admitted, “I just want to say, as I’m researching this guy, he seems like a really nice person….”

The report states that calls and messages to Ed Buck had received no response at time of publication.

The WeHo Times report has received worldwide attention and been posted on numerous sites, on Ed Buck's Facebook page and on YouTube.

"It has gotten international coverage after having been promoted or republished in right-wing media such as the Drudge Report, Independent Journal Review and TruNews and on the website of the sensationalist Daily Mail," according to WeHoVille.com.

It is likely the publicity and controversy will continue, so this is also a good time to look at the activism and animal-rights advocacy of Ed Buck.

Ed Buck is cited in many profiles as starting the first AIDS education program in Arizona. However, the Arizona University LGBT History site, which chronicles advances since 1969, first mentions Buck in 1987.  It credits, Ed Buck, a gay activist, with forming the Recall Committee, "a drive to recall Arizona Governor Evan Mecham who was openly homophobic and racist. A year later, Governor Mecham became the first Arizona governor to be impeached."

The New York Times quotes Buck on November 1, 1987, in Up in Arms in AZ, ''NEVER BEFORE, says Ed Buck, a 33-year-old millionaire entrepreneur who retired from the insurance service business a year ago to found the Mecham Recall Committee, 'has one man alienated so many people in such a short period of time.'"

On January 28, 2010, the WeHo News Staff, announced, West Hollywood may ban the sale of dogs and cats next week and stated, "Resident Ed Buck, Director of Social Compassion in Legislation and a Golden Retriever rescue volunteer, said the proposed bill, "could be the beginning of the end of puppy mills and it's happening in West Hollywood, one of the most progressive cities on animal welfare issues."

On February 19, 2010, the LA Times wrote, "Despite the fact that no West Hollywood pet stores currently sell puppies or kittens, the move is seen as a major victory by activists who see it as an early step in the fight to end the problem of puppy mills."

On April 20, 2010, the MINUTES of the CA Veterinary Medical Board meeting lists Judie Mancuso (who recently spearheaded AB 485) and Ed Buck of Social Compassion in Legislation as attendees. Mancuso requested support for spay/neuter license plates at that time.

On June 7, 2011, in, Council votes to get tough on breeders, Councilman Paul Koretz first sought to eliminate "so-called puppy mills" from Los Angeles with a law to prohibit local pet stores from offering commercially bred puppies and kittens.

After quoting Hank Greenwood, president of the American Dog Breeder Association in Salt Lake City, the Daily Breeze, states, "Another breeder, Ed Buck of the Southern California Golden Retriever Association, told the council he supports the measure as a way to allow responsible breeders to operate. "This will put responsible breeders where they belong and so they do not have unfair competition."

On June 8, 2011, Councilmember Paul Koretz praised Judie Mancuso and Ed Buck, of Social Compassion in Legislation, for their part in passage of the motion to ban LA pet shop/puppy mill ban (pictured together).

On January 31, 2011, WeHo News reports, Ed Buck, one of the organizers of “Fur Free WeHo,” said “This campaign is not just about banning fur but promoting West Hollywood as the capital of fur-free fashion, especially in its boutique district that includes a Stella McCartney store, which already shuns furs.”

On Mar 6, 2007, The Full Biography for Ed Buck as (an unsuccessful) candidate for West Hollywood Council Member, states all information is provided by the candidate:

An early AIDS activist, Ed Buck organized the first AIDS education program in Arizona. As a successful businessman, Ed pioneered the use of electronic information services. Since retiring to West Hollywood in 1991, Ed has been a volunteer for animal rescue. He has fostered over 50 dogs in the last four years, finding good homes for them all. Concurrently, he has been a vocal supporter of ethics and campaign finance reform.

Regardless of anyone's political affiliation, the incident on July 27 is a tragedy. But, the LA Sheriff's Department found no evidence of foul play and ruled it an accident.

On August 10, Gemmell Moore's mother, LaTisha Nixon, posted a video on YouTube, requesting a further investigation into her son's death.