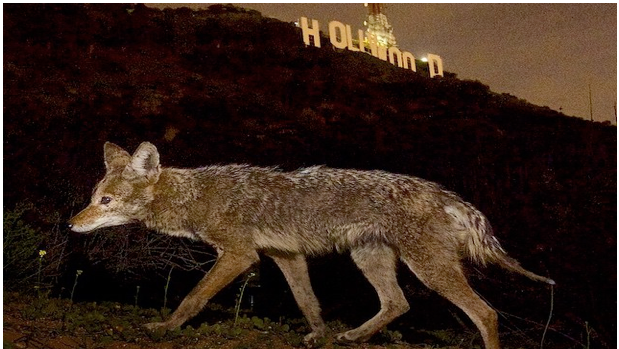 This is just one more example of why LA Animal Services must be moved from the unilateral decision-making by Koretz, Chair of the Personnel and Animal Welfare Committee, and restored to oversight by the Public Safety Committee, where there might at least be discussions regarding potential unexpected consequences of animal-related policies.

Koretz lacks personal expertise regarding animals and continually makes decisions based solely upon the advice or propaganda provided by affluent/influential animal-rights groups with political interests, without considering the negative impact on LA residents and--as in this case--their pets.

On May 24, Councilman Joe Buscaino, who represents the San Pedro area, introduced a motion which Koretz seconded, instructing Animal Services to “…report on or before July 1, 2016, with a detailed plan on the Department’s Coyote Management Program…and recommendations for improvements to that Program that will further control the coyote population in the City’s residential neighborhoods, including any ordinances or City policies that will support the effort.”

One day later, on May 25, the City Council, which is advised by Koretz on all things animal, approved $800,000 in the Mayor’s 2016-17 Budget for an Environmental Impact Report (EIR) on cats, with the goal of authorizing official Trap/Neuter/Release (TNR) of feral cats (re-abandoning altered cats into the streets)—under the guise it is the only way the city will reach “No Kill.”

It is important to understand that “No Kill” pertains ONLY to shelter populations and does not count the animals that die in the streets, which provides the impetus to NOT impound strays nor address problems that might cause more animals to be brought to the shelter.

Neither Koretz nor Barnette was transparent with the Council prior to the vote on the $800,000 cat report.  Koretz did not advise his colleagues that TNR is already legal in L.A., with sterilizations of abandoned and/or unsocialized animals well funded by private grants, large pet-supply corporations; such as PetSmart, and major humane organizations, including Best Friends.

Barnette did not disclose that “feeders” throughout LA trap street cats, have them altered and release them constantly, providing food outdoors to large groups of feral cats in “colonies” daily with no interference by L.A. Animal Services.

The $800,000 EIR is intended to overturn a court injunction which prohibits using City funds to perform or promote TNR, without including mitigating measures to reduce the sources of the problem.  The goal of the injunction was to reduce the decimation of birds and small wildlife necessary to maintain the environmental balance, and to reduce public health risks posed by millions of outdoor cats.

The City could simply negotiate humane safeguards such as, a “non-roaming” ordinance to require owners to keep their cats inside or in their own yards; mandatory licensing/microchipping of cats, and the right of property owners to remove nuisance feral cats by taking them to the shelter.

Both Koretz and Barnette have absolutely rejected any measures placing accountability for cats on owners (as we do with dogs)—opting instead to spend $800,000 of taxpayer’s money for consultants to justify the fiction that millions of outdoor, ‘wild’ cats have no negative impact on the environment.

But Councilman Buscaino’s coyote-report motion—to which Koretz added his name—is aimed at “…prioritizing resident’s [sic] safety through deterrence of these wild animals in our neighborhoods, in addition to the Department’s efforts to educate residents about coyote behavior.”

This is in direct conflict with the anticipated outcome of the $800,000 EIR.

LAAS estimates there are 3.5 million feral cats in Los Angeles.  Creating feral cat ‘colonies’ all over the city, maintained by “feeders” who dump cat food in accessible areas and provide containers with fresh water, also attracts rodents and other wildlife to the location—including coyotes.

Experts in coyote control unanimously agree that NOT feeding pets outside and NOT leaving pet food and water bowl outdoors is fundamental to any coyote-control program.

In fact, on June 1, L.A. Animal Services Wildlife Officer Hoang Dinh told Fox 11, "Most importantly, it’s important to keep pets inside and doors closed when there are coyotes roaming neighborhoods. Dog and cat food is a big clue to the coyotes that there is food nearby in the form of someone's pets." (He either inadvertently or intentionally omitted feral-cat feeding.)

There is another important aspect of humans providing food to feral cats, which in turn become food for coyotes. When a feral-cat feeding station appears in a vacant lot or urban alley, appreciative coyotes quickly realize a human has set up a smorgasbord.

This teaches them two things:  (1) humans are not the coyotes’ enemy; and (2) the intended benefactors—the feral cats themselves—also become a food source that does not require hunting.

Washington Department of Fish and Wildlife provides an informative section on avoiding coyote conflict, including:

Buscaino’s motion claims, “While coyotes typically pose no threat to humans, these interactions create safety concerns for parents and owners of small pets who are unsure of the coyote’s aggressiveness.”

That’s not exactly accurate according to residents who say they have observed the aggressive nature of the “urban” coyotes in L.A. who are born and raised in or near highly populated communities and have lost their fear of humans.

We also can't ignore the four children attacked in Orange County within three months last year, including a three-year-old inside a garage with her father present. Plus, KTLA reported two attacks in Elysian Park in 2015—one a 3-year-old girl and the other an adult male.

UC Davis published an important GUIDE to identifying progressive problem coyote behavior, which is well worth reading in its entirety.  Here are several excerpts:

As coyote numbers increase in cities, they become accustomed to the presence of people, especially if the people do not harass them. Studies of coyote attacks on pets and on humans have revealed a predictable pattern of change in coyote behavior in these environments. This progression is accelerated when coyotes are provided abundant food, either unintentionally or intentionally, in residential areas.

When it reaches the point where pets are being attacked or coyotes are seen in neighborhoods in early morning or late afternoon, area-wide corrective actions are recommended to prevent an escalation to attacks on humans . . . (See Responding to Coyote Aggression and Attack.)

Using sound or visual stimuli to keep coyotes away from livestock or other resources will provide only temporary effectiveness, if any. . . In the absence of any real threat, coyotes quickly adapt or habituate to sounds, flashing lights, propane cannons, scarecrows, and so on.

Will Paul Koretz and Brenda Barnette ignore the warnings of scientists and other experts?

How will Koretz (who had 19 cats as a child and has made TNR a priority) resolve the looming undeniable conflict between the vocal advocates for coyotes and TNR/feral-cat feeders without negatively impacting his current fundraising efforts or re-election?

Is seconding Councilman Buscaino’s motion a sincere attempt by Koretz to determine and implement coyote deterrence for public safety or merely lip service and a ploy to assure the status quo is not changed in regard to coyote management?

(Animal activist Phyllis M. Daugherty writes for CityWatch and is a contributing writer to opposingviews.com.  She lives in Los Angeles.)