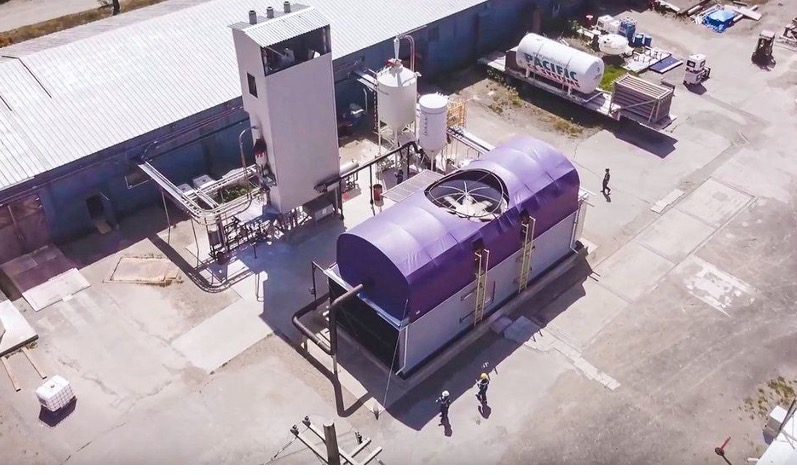 “Removing the greenhouse gas from the air will likely be necessary, along with radical emissions cuts, to keep temperatures from rising 2°C,” Ibid.

According to the above-mentioned MIT report, we are now paying the price for long delays in addressing global warming despite decades of warnings. The levels of greenhouse gas the world can still release before pushing the planet past very dangerous warming thresholds has become alarmingly tight. Here’s betting the alarms will soon be blaring.

Along those lines, every global agreement to limit CO2, most recently Paris ’15, has bombed-out. A trail of broken promises has been ongoing now for decades. Will this time be any different, even with climate change turning brutally ugly?

Worldwide heat is on a tear: (1) Japan tops 104°F for the first time ever (2) Kuwait hits 127°F (3) Record heat hits Spain, Germany, Poland, Switzerland, Austria, and the Czech Republic (4) Norlisk, Russia posts an all-time record high (above the Arctic Circle) 89.6°F (5) Beijing’s hottest day ever 111.2°F (6) Parts of the world experience power cuts and water shortages, especially Pakistan and India where people are dying in the streets (7) the US summer officially began with 65 million Americans exposed to regular highs above 100°F. Suffocating heat is found throughout the four corners of the earth.

Yet, average global temperatures are only 1.2°C above pre-industrial, and yet all hell is already breaking loose, including the Doomsday glacier in Antarctica as melting Arctic permafrost morphs into blasts of methane CH4. And, they (IPCC) claim we do not want to exceed 1.5°C or especially 2°C. Really? Oh please! Shit’s already hitting the fan!

Meanwhile, America, purportedly the leader of the free world, downplayed global warming for four of the most crucial years to do something constructive in one more lost opportunity. In 2017 then-President Donald Trump was shown a Time magazine cover: “How to Survive The Coming Ice Age” by deputy national security adviser KT McFarland. It made Trump’s day by reinforcing his personal beliefs and policies against global warming science.

Of course, the magazine cover was photo shopped, a fake cover put into Trump’s eager hands by one of many, too many, unqualified staffers who, in fact, was a Fox News analyst in a previous life, propagandizing rightwing crap on a suicide mission of the planet amidst unspoken secrets and sui generis handshake codes defining the primary recipe of suicide of the planet, well, actually the majority of people but not all of the people.

Throughout the 2017-2020 term, the Trump administration restricted and/or misused, and abused, science in more than 200 significant instances that will continue to bite hard for years to come: “The disregard for expertise in the federal government is worse than it’s ever been.” (Michael Gerrard, director Sabin Center for Climate Change Law at Columbia University, 2019)  For example, Trump’s rollback of Obama-era climate regulations likely account for an extra 1.8B tons of greenhouse gases (Source: Rhodium Group).

Donald Trump speaking to California state officials, when visiting burned-out fire scenarios: “It’ll start getting cooler, you just watch… I don’t think science knows, actually.” Trump saw CO2 as a positive force for the planet. His experts told him so.

How about another four years, starting in 2024?

But, reality is an altogether different story. As long as we continue to emit CO2, scientists, engineers, and chemists across the board, and this is universal opinion, agree that coastal cities will flood, e.g., Miami (already planning sea walls) droughts will empty reservoirs, e.g., Hoover Dam’s Lake Mead (dangerously close to “dead pool” status). That’s reality! Whereas, Trump is a photo shopped freak!

Will carbon capture and removal save the planet?

Au contraire, the planet isn’t concerned in the least about carbon capture: “Earth is a wet rock floating through space; it doesn’t care if we drown our coastal cities or turn our farmland into desert.” (Source: The Life-or-Death Race to Improve Carbon Capture, Chemical & Engineering News, Volume 99, Issue 26, July 18, 2021)

But society at large does care whether they express it or not. Assuming carbon removal doesn’t work, then, life is about to get very complicated very soon. Dark shoots, rather than green shoots, are already popping up on a synchronized basis with ecosystems across the globe. Everything is turning sour altogether all at once. Water rationing for major cities like Santiago are already a reality. That’s what global warming’s 12-year Chilean drought did to water supplies, and it ain’t gonna stop at Chile.

Meanwhile and of major concern, because very little that really needs to be done to save society gets done, according to the IPCC, roughly 40B metric tons of annual CO2 emitted into the atmosphere must be cut to zero by 2050, but there are plenty of scientists who’ll say 2050 is way too late. No surprise there. And oh yeah, additionally, tons of CO2 must be removed from the atmosphere to return to any kind of semblance of equilibrium with the climate system. Good luck with that!

According to Global CCS Institute, a carbon-capture-and-storage think tank, the issue for carbon removal is compelling: “The target has been set; the timeline has been set.” And, the conversation has shifted from “What do we do” to “How do we do it?”

Well, the technology to accomplish carbon removal is available but the costs and the scale is nearly beyond human imagination, and in fact, beyond any kind of practical achievement. For example, the UN report says it’s nearly impossible to prevent 1.5C without substantial removal of carbon and avoiding 2C will be a challenge as well.

“Preventing the former with only minimal levels of carbon dioxide removal would require cutting global greenhouse-gas emissions to about 31 billion tons per year by 2030, as the median estimate… That means nearly slashing emissions in half in eight years.” (Source: UN Climate Report: Carbon Removal Is Now ‘Essential’, MIT Technology Review, April 4, 2022)

But, already according to the International Energy Agency, commitments by countries to reduce emissions or “APS (Announced Pledges Scenario) cover less that 20% of the gap in emissions reductions that needs to be closed by 2030 to keep a 1.5°C path within reach.” (MIT)

However, it’s noteworthy: “As the IPCC warns against new fossil fuels, it’s business as usual for big polluters… the world’s biggest oil and gas companies … are projected to spend $932 billion by the end of 2030 developing new oil and gas fields, according to a new analysis of Rydtand Energy data by Global Witness and Oil Change International… And by the end of 2040, this figure grows to an even more staggering $1.5 trillion.” (Source:  World’s Biggest Fossil Fuel Firms Projected to Spend Almost a Trillion Dollars on New Oil and Gas Fields by 2030, Global Witness and Oil Change International, April 12, 2022)

And, coal is on the rise. China is now building or planning to build in China and elsewhere in the world new coal plants amounting to 176 gigawatts of coal capacity, enough to power 123 million homes. (New Scientist, April 26, 2022)

The Intergovernmental Panel on Climate Change (IPCC) and environmental NGOs can advocate for net zero until the cows come home, until hoarse, until blue in the face, but the real world is headed in the opposite direction. The most appropriate watchwords should be “watch out below” or “fasten your seat belts” we’re about to liftoff with skyrocketing global temperatures and ecosystems collapsing as global drought combined with Wet Bulb Temperature turns society into a bunch of mush heads in concert with Trump’s new presidency.