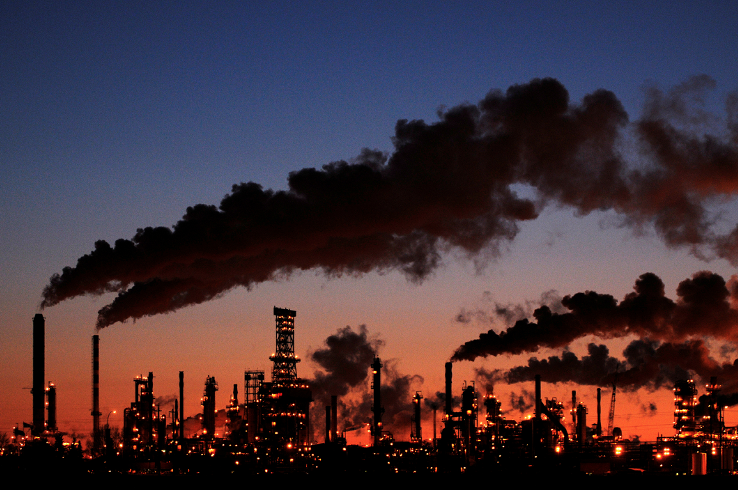 CLIMATE POLITICS - COP26 will kick off next Sunday 31 October, following a one-year delay due to the pandemic.

The past weeks have been filled with attention-grabbing demonstrations, including a sit-in outside the Dutch parliament in The Hague and a harbour blockade of Shell's refinery in Rotterdam. The urgent underlying message from civil society to world leaders remains the same: stop talking, start doing!

Will COP26 bring about the necessary action? Current forecasts are gloomy. The summit is on track to become the least inclusive COP to date. The UK government was recently urged by 1,500 civil society organisations to postpone the summit after it became apparent that most delegates from the Global South could not attend due to a combination of 'vaccine apartheid' and the UK's stumbling COVID-19 response.

But it's exactly these voices that must be heard, as people in developing countries are currently experiencing the most extreme impacts of the climate crisis. In a cruel twist, the same oil and gas companies that are most responsible plan to be in full attendance at the upcoming COP.

Let's look back to 2015, when COP21 established the Paris Agreement commitments and provided a glimmer of hope. To reach the Paris goal of keeping warming below 1.5°C, almost 60% of oil and gas reserves and 90% of coal must remain in the ground. Yet seven years later we are failing dismally to reduce fossil fuel production. As Greta Thunberg recently wrote, we are currently on track for a world that is at least 2.7°C hotter by the end of the century—and that's only if countries meet their current pledges.

For decades, fossil fuel companies have lobbied against effective climate action at the national, EU, and international levels.

To understand why we're still setting the planet on fire, despite a scientific consensus and a plethora of feasible solutions, we must investigate what is happening behind the scenes. It is well established that the fossil fuel industry is blocking any governmental action that would disrupt drilling and burning as usual. There is less focus, however, on the mechanisms used by oil and gas companies to tie the hands of our political leaders.

For decades, fossil fuel companies have lobbied against effective climate action at the national, EU and international levels. Their threefold bag of lobbying tricks includes privileged access to decision makers, huge lobby spending and a revolving door with the public sector. The result is the widespread capture of decision-making processes and the mainstreaming of fossil fuel interests.

Our new research looks at the use of these three tools by six fossil fuel giants—Shell, BP, Total, Equinor, ENI and Galp—in the period between Paris and Glasgow. Remarkably, this small club of companies, together with five of their lobby groups, managed to meet with top Commission officials a total of 568 times since 2015. And these talks did not come cheap: together, these companies spent over €170 million on their EU lobbying activities.

The same period also saw more than 70 revolving door cases: the hiring by companies of people who formerly held positions in the EU apparatus, international institutions, national governments and agencies and vice versa. Our research exposes a former chief spy who was hired by BP, a deputy prime minister who took up a position in Shell, and the former director of the International Energy Agency who now sits on Total's board. The implications of revolving door cases, particularly such high-level ones, are significant. A top-ranking civil servant or minister arrives with perks, including a network of influential contacts and insider information about files and processes.

Let's zoom into some of our 70+ revolving door cases. Take, for example, Gerrit Zalm, a former Minister of Finance and Deputy Prime Minister for the Liberal Party (VVD), who was being paid as a Non-Executive Independent Director at Shell while chairing negotiations as a mediator to form a new Dutch government in 2017. Under Zalm's supervision, a policy to eliminate dividend tax was included into the coalition agreement which Shell had been demanding for years but had not been included in any of the election manifestos.

Or take Helge Lund, currently the chair of BP's board. He was a member of the UN Secretary General's Advisory Group on Sustainable Energy from 2011-2014, while he was also CEO of the Norwegian fossil company Statoil. CO2 emissions from this company, now rebranded as Equinor, continue to increase, despite the company's claims to be transitioning away from oil and gas.

In 2020 Equinor recruited Amber Rudd, the UK's former Secretary of State for Energy and Climate Change and leader of the country's delegation to Paris, for its international advisory board. She is a major supporter of carbon capture and storage (CCS), a costly and experimental technology that has failed to deliverdespite decades of wasted public subsidies. CCS is also one of the 'false solutions' engineered by companies so they can keep burning fossil fuels. Equinor has big plans for CCS, including a controversial fossil hydrogen plant in the UK.

Fossil hydrogen and CCS are just two of the risky technologies and flawed schemes that are part of fossil fuel companies' 'net zero' pledges. By aiming for carbon neutrality by 2050, they have ensured that they can continue to burn fossil fuels into the next decade. These plans are a smokescreen that distracts from the need to dramatically cut fossil fuel consumption and replace it with real alternatives. Nonetheless, most political institutions have fallen into the 'net zero' trap: COP26 is dubbed the 'net zero COP.' If our world leaders are to act, the revolving door between institutions, governments and the fossil fuel industry must stop. A core demand of the Fossil Free Politics platform is the removal of fossil fuels from politics, as their business model and interests cannot be reconciled with the implementation of policies to limit global warming to 1.5°C. As in the case of the tobacco lobby, a firewall between the fossil fuels lobby and our decision makers is needed. An essential start is the exclusion of oil and gas interests from COP26. This will create the space we need to ensure a controlled phase out of fossil fuel production so that we can reach 'real zero.'