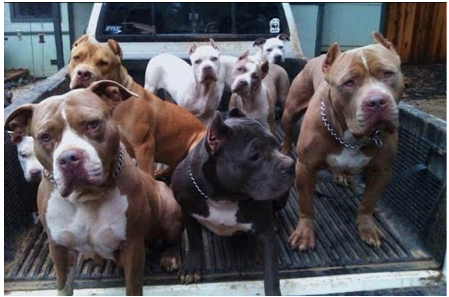 (TELL US WHAT YOU THINK. COMMENT AT END OF PHYLLIS’ ARTICLE.)

To better understand the convoluted nature of this effort, please read this brief, but very muddled provision in the motion to begin a process to make recommendations for adding limits in the future. It instructs LA Animal Services and the Animal Services Commission:

These recommendations will be made by the same Commission, appointed by Mayor Eric Garcetti, that recently approved removing breed ID and behavioral issues from shelter impound cards to increase Pit Bull adoptions. And it is the Commission where a three-member majority expressed its intent to require Chief Veterinarian Jeremy Prupas and GM Brenda Barnette to feed shelter dogs only vegan (meatless) food.

If Koretz/Blumenfield want additional animals in the community, why not hold meetings citywide before removing the traditional three-dog and three-cat limit? The current pet limit in LA is in line with the best-practice standard nationwide, has maintained relative peace and safety, and has allowed Los Angeles to reach "No Kill" in 2017, according to a recent announcement by GM Barnette, Mayor Garcetti and Best Friends. So, what is really going on?

How dare Koretz and Blumenfield and elected Council members -- under the guise of promoting shelter adoptions -- remove the protection of dog limits in a city where Pit Bulls are the predominant breed impounded? This could encourage those unfamiliar with dog behavior to acquire too many dogs for their ability to control and care properly for them.

A cat increase will follow soon, if the City-funded $800,000 EIR endorsed by Mayor Eric Garcetti convinces a judge that TNR (trap-neuter-release of unlimited feral cats) has no negative impact on the environment or wildlife and that the court injunction against increasing the cat limits should be lifted. (Koretz told Mary Plummer of KPPC in 2013 that he had 19 cats as a child.)

Paul Koretz has wanted to raise dog and cat limits since he first came to the City Council. This current attempt is being done with the full knowledge of Koretz and his contracted political consultant, Jim Bickhart (formerly an aide to Mayor Villaraigosa) that a 2010 attempt by Koretz and the late-Councilman Bill Rosendahl (CF 10-0982) to increase dog/cat limits from three to five per household (with unlimited puppies and kittens) was met with resounding disapproval by constituents of all districts. (Are AKC, Dog and Cat Breeders Taking Over LA?)

Or, perhaps that was why they failed to notify city stakeholders now! They knew there would be dissent again by individuals, veterinarians, homeowners' associations, apartment owners, and other community organizations, but consider their own agenda and that of Best Friends Animal Society more important. Best Friends states it opposes "any kind of legislation at any level of government that arbitrarily limits the number of pets one person or one household is allowed to care for."

The City Council just voted to make Los Angeles a Mecca for breeders -- there is no limit on how much breeding can be done per property. It will also be a boon to dog fighters, who can legally keep an unlimited number of Pit Bulls in any home or commercial location. And, animal hoarding in LA will be legal.

It is unconscionable that the safety/health of 4 million people, families and pets would be placed at risk without their knowledge, as well as the potential negative impact on their quality of life, health and property values, which can quickly be negatively impacted or destroyed.

This foolish and mind-boggling recklessness and lack of consideration for constituents was passed “on consent” without one Councilmember asking a question, although numerous letters and e-mails in opposition are on file.

Another reason for a dog limit is to assure the mandatory State rabies law is enforceable.

Animal control agencies use animal limits for two primary reasons -- one is to assure public safety, because dogs are territorial and, when kept in large numbers, conflicts arise and they often harm or kill each other or the pack defends the property and may escape into the street, expanding its territory and, depending upon the breed and behavior, often attacking/killing pets and humans.

All California counties are mandated under State law to fund an animal control program to assure rabies vaccination of dogs. It also requires that a rabies tag is worn on the dog's collar at all times as a visual indicator that the animal has been vaccinated. Counties/cities are allowed to sell license tags for this purpose and use that revenue to fund their anti-rabies activities. (This law originated during the tragic rabies epidemics that killed thousands of dogs and humans in LA and ended in the 1950s after most dogs were vaccinated.)

The U.S. has few cases of human rabies because of our strict, nationwide immunization laws, but an estimated 55,000 people die of rabies worldwide each year, mostly from dog bites. Rabies in dogs results from contact with infected mammals such as, bats, skunks or feral cats.

However, without animal limits per property/household, the number of animals can fluctuate and rabies vaccination cannot be assured. The stability of a standard limit allows officers and canvassers to assure all dogs on a property have a current rabies certificate and license and to know any addition will be only up to the legal limit.

BARKING DOG COMPLAINTS WILL BE UNENFORCEABLE

LA residents (homeowners/ renters) also will lose their ability to invoke the nuisance barking-dog ordinance. Suppose six, ten -- or more -- dogs are kept in a neighbor’s backyard, barking day and/or night (and igniting barking around the block.) How can the offending barker be identified?

IT IS NOT TOO LATE FOR LA CITY RESIDENTS/STAKEHOLDERS TO TAKE ACTION!

E-MAIL YOUR COUNCILMAN OR THE ENTIRE COUNCIL, PLUS MAYOR ERIC GARCETTI and CITY ATTORNEY MIKE FEUER.  Express your concerns and demand rescission of CF 17-1237-S1, which is too manipulative and incongruous to have a positive outcome.

You can e-mail any elected official from this link and here's the Council Directory.

However, to be effective, a copy of all communication must also be sent/forwarded to the Deputy City Clerk for inclusion in the CF 17-1237-S1 file: [email protected].

The time frame is dependent on when City Attorney will complete the Ordinance and when it is scheduled for Committee.