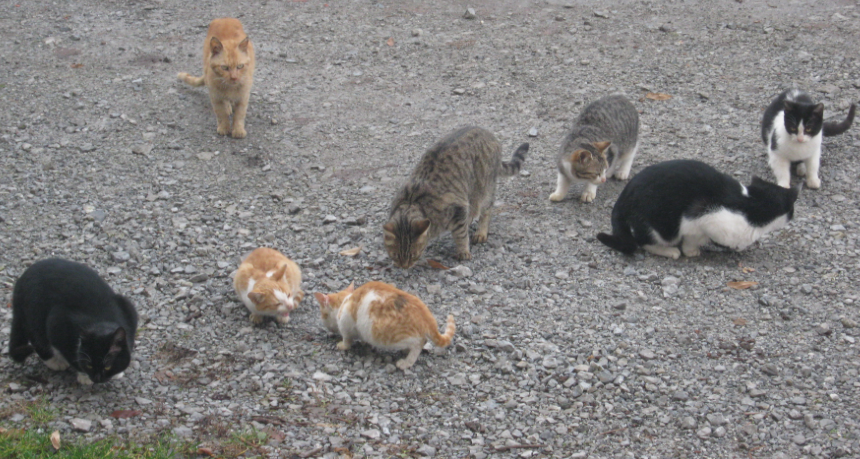 VOICES-In an inexcusable example of “knee-jerk” animal legislation based on his obsession to “save” cats, Councilman Paul Koretz led the Personnel and Animal Welfare Committee into another ill-advised decision on September 2. This further emphasizes the need to restore this department to oversight by the Public Safety Committee.

Based upon Koretz’ and LA Animal Services’ GM Brenda Barnette’s glowing assurance that increasing the cat limit -- in a city overrun with stray and feral cats abandoned by irresponsible owners -- will relieve overcrowded shelters, rookie Councilmembers David Ryu and Marqueece Harris-Dawson joined in unanimous approval to raise number of cats legally allowed from three to five per household. The presumption is that they will be altered and kept indoors but there are no provisions to assure identification of the cats.

Barnette’s revised letter dated August 25, 2015, fails to provide any factual data or plausible explanation as to how this increase will decrease cat overpopulation or how it will be enforced. If LA Animal Services had been “vigorously” (or even minimally) enforcing the existing spay/neuter law during Ms. Barnette’s five-year tenure, as she asserts, cat overpopulation would already be curtailed and shelter impounds reduced.

However, even with the current three-cat limit and an existing spay/neuter law, plus the Department’s recommendation to keep cats indoors, cat overpopulation is increasing. Thus, obviously, owners are NOT spaying and neutering and NOT keeping cats indoors. Isn't it logical that allowing everyone in the city to have five (5) cats, as proposed, will just increase this problem geometrically?

Even with strict enforcement of the spay/neuter ordinance, allowing this increase is irresponsible without (1) micro-chipping – for owner identification; (2) licensing – to assure valid rabies shots and spay/neuter (as done by LA County); and (3) mandating that ALL owned cats in the city be kept indoors for their own and the public’s health and safety. This is an opportunity to provide cats with these live-saving benefits and break the cycle of disposability enabled by the inability to identify ownership.

This will now go to Council, where it can still be redeemed by imposing the above restrictions that will benefit all cats in the city--as well as communities deluged with “free-roaming” felines -- before they become wards of our animal shelters.

Will any elected official have the courage to demand these provisions be added?

Barnette’s letter states that the five cats must be kept indoors. But, she fails to mention that it is impossible to determine by sight whether a particular cat which is outdoors belongs to a five-cat-limit family; and, without a microchip and license, the owner cannot be positively identified even if the cat is captured.

LAAS has less than 50 officers serving the entire city (469 square miles) 24-hours a day. Even with increased officers, chasing outdoor cats to see if they are altered is not a priority and usually not visibly ascertainable. There are hundreds of calls to LAAS for serious cruelty and neglect investigations that go unanswered for prolonged periods. Any additional officers should be assigned to respond to humane complaints -- not monitoring cats.

There are already owners who maintain more than the current three-cat limit in a responsible manner and keep their cats indoors. They are not the subject of enforcement by Animal Services, unless there is a complaint of neglect or abuse.

Koretz’ and Barnette’s proposal is, in reality, an end-run to create quasi-animal shelters for “foster” or feral cats all over the city. As written, it is not in the best interest of pets who may be taken in by someone who -- albeit well-meaning -- cannot afford the basic expenses and veterinary care for this many animals.  It is also not fair to the public for whom living next door to five cats or more (which may escape or be intentionally left outdoors) can become a problem.

Ms. Barnette assures the City Council that increasing the number of cats will not result in hoarding. She cites the affluent cities of Santa Monica and San Diego as areas where there is no cat limit; however, fails to properly evaluate their comparability to Los Angeles or report the hoarding incidents in each of those cities. She also fails to reveal that hoarding cases in LA are increasing, one recently involving 72 cats at the home of a rescuer.

She uses a boiler-plate definition of “hoarder” without citing a source, stating, “People who hoard animals are more precisely described as having a ‘hoarding disorder.’ This is a pattern of behavior that is characterized by the excessive acquisition of and inability or unwillingness to discard large quantities of objects or live animals.”

Her statement casts an interesting light on comments by Councilman Paul Koretz, who has made continual efforts to massively increase allowed numbers of animals since his election, including five dogs and five cats plus unlimited puppies and kittens per property in 2010; and, later, unlimited adult animals in “rescue” pet shops in C-2 zones. He has been constrained by very vocal opposition from homeowners’ associations and neighborhood groups, as well as Superior Court Judge Joanne O’Donnell.

Since 2013 Koretz has tried to pass an earlier version of the current proposal as a method to move up to 20 stray/feral shelter cats per household inside residences, apartments, or condos. These cats could also be kept in outdoor cages called “clowders” (kennels) throughout the city in violation of LA Municipal Code and eliminating surrounding property owners’ rights to oppose.

Here’s what Mary Plummer of KPCC reported on August 11, 2013, after interviewing Councilman Koretz:

“Koretz owns two cats, which his family rescued. As a child, Koretz at one point owned 19 cats, which his parents gave to a shelter. He believes the animals were likely euthanized, and says some of the motivation from his current work comes from that memory.”

Could there be any correlation between the painful childhood loss of 19 cats and Koretz’ efforts to allow 20 cats (per household) to be “saved” from animal shelters?

If the city passes Barnette and Koretz’ proposed increase, it cannot discriminate against anyone who decides to obtain five cats, nor can neighbors demand that the number be reduced.

We cannot risk having unwanted animals possibly becoming victims of improper care or a further problem to the community merely to make shelter stats look better and justify Councilman Koretz’ involvement in hiring Barnette as GM of LA Animal Services.

Barnette earns an annual salary of $220,000, plus benefits. It is time she addresses the multiple causes of irresponsible cat ownership and is not allowed to just triage a growing problem. Let’s hope someone on the City Council has the courage to stand up and demand microchipping, licensing, and indoor confinement as real protection for these animals.

(Phyllis M. Daugherty is a contributing writer to opposingviews.com, and an animal activist. She lives in Los Angeles.)