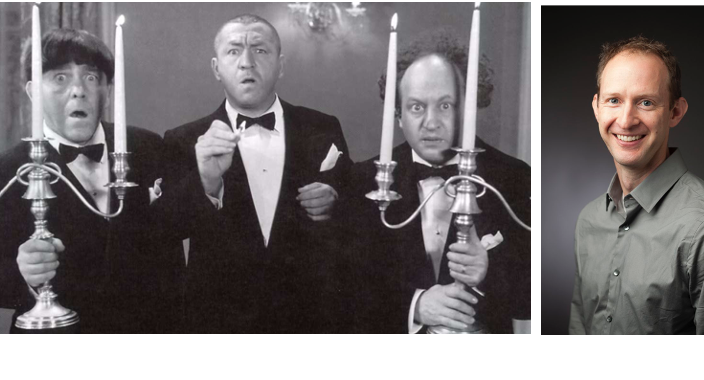 He spends much of the article attempting to explain how this could be so. There’s just one slight problem: his “explanation” doesn’t really hold water and, ultimately, considering real-world implications, isn’t even vaguely logical.

Professor Manville seems to be just another in a long string of academics who have hitched their wagons to the Urban Growth Machine in a crusade to further commodify housing and to outlaw single-family neighborhoods.  Here we have everything from law professors who urge developer-led groups to “sue the suburbs” to planning academics like Manville who are part of a concerted effort to discredit the kind of housing most Americans prefer.  What motivates them? Hard to say, but my guess is, as so often is the case: money (and maybe, at least just a little, spite).

Manville embraces a typical neoliberal “let’s unleash the ‘magic’ of The Market” prescription, even going so far as to try to make deregulation “progressive” again. He cites examples of immigration and criminal justice reform as instances in which deregulation is somehow “liberal.” Of course, it’s very different when it comes to housing because Manville – in line with the WIMBY orthodoxy – is looking at housing in purely economic terms, as a commodity.

In his zeal to explain the resistance to forced density, aka “upzoning,” a top-down intrusion into community-based planning by a central authority, he suggests (“accuses” is probably a better word in this context) that liberal homeowners are in reality all “capitalists.” Homeowners oppose up zoning, says Manville, because “new development is competition. And no capitalist likes competition. It’s a threat to a vulnerable stock of wealth.”

This suggestion mirrors the WIMBY refrain that those fighting to protect their single-family neighborhoods against upzoning are just “selfish homeowners” whose only goal is to protect their property values. Yet here Manville evidently is at odds with even some of his more extremist WIMBY Luskin colleagues, who -- perhaps reluctantly -- admit the impact of upzoning on the property values of single-family homeowners: upzoning increases property values. Naturally, being able to build multiple units on a property that previously had only been zoned for one dwelling unit makes that property worth a lot more in the hands of developers and speculators.

Since, ultimately, capitalism is driven by greed, if homeowners truly are, first and foremost, “capitalists,” then why would they act in such a very “uncapitalistic” way? Why on earth would they work to block measures that would make their assets worth more, sometimes exponentially?

The answer is also fairly clear. Many homeowners do not regard their homes as mere investment vehicles. Yes, homeownership often is a person’s largest asset, as Manville points out; but for many people who have built equity in a home after years, sometimes decades, by living in it, a home means a lot more. For some “home” is an almost sacred concept and living in a home with a garden in a neighborhood of homes with gardens is both a lifestyle choice and a way of life. When something embodies values that are dear to people’s hearts such as their homes and their communities, it’s not only and always all ‘bout the money.

This, at least in part, explains why many homeowners are such bad capitalists, and why they are unwilling to accept the accusations and arguments of intolerant neoliberals with their Reaganomic supply-side theories.

In his defense and embrace of market-based housing mandates, Manville also resorts to the “people are widgets” school of urban planning. He writes: “Blocking supply doesn’t blunt demand.” And yet – in line with many of his colleagues who treat housing simply as another commodity like eggs or pork bellies – he refuses to acknowledge that housing is often a very personal lifestyle choice, like many other personal lifestyle choices. A vast majority of Americans of all stripes prefer living in single-family homes.  Yet for Manville and other Urban Growth Machine acolytes, eliminating single-family neighborhoods through “deregulation” is the “progressive” thing to do. But does that really square with an appeal to the cherished neoliberal interpretation of the “law” of supply and demand?

Creating a supply of something people don’t really want will not necessarily satisfy demand. If people want Impossible burgers, then producing more meat isn’t really going to help – unless you force them to eat meat. Consequently, as a supply-sider, Manville really should be advocating for an increased supply of the kind of housing most people want. However, instead of looking to increase the supply of homes in single-family neighborhoods, i.e., the kind of housing most in demand, Manville is looking to decrease the supply by eliminating single-family neighborhoods and letting speculators do their thing.

One would think if Manville & Co. were truly interested in housing as a human right, homes for homeowners, and real estate for real people, he would support anti-speculation housing policies; but the exact opposite is the case. As he writes: “Using market-rate development to alleviate a housing crisis involves rolling back regulations to let profit-minded entrepreneurs build expensive housing for affluent people.”

For Manville and all the other WIMBY’s, it’s all ‘bout the money.

Nor can Manville truly be concerned that “soaring rents and home prices force many people to live far from where they work.” If he were, he would fully embrace the potential of remote work, which many WIMBY’s, especially of the urban supremacist variety, tend to dismiss, deny, and trivialize. The potential of remote work suggests we can and should be deconcentrating opportunity, which would pave the way towards more economic balance, more geographic equity and more choices for real people throughout the country. Further overconcentrating opportunity, something supported by the selfsame urban supremacists who babble on about “agglomeration,” is nothing more than a productivist scheme aimed as using human beings as widgets in the service of economic growth.

Ultimately, forced density is a proxy for forced growth, and it’s clear that Manville’s main mission is to provide support and comfort to the Urban Growth Machine, all for the benefit of Wall Street, global capital, private equity, and institutional speculators – all at the expense of real people.

And so, Manville’s distinctions between Democrats and Republicans are largely meaningless here.  Libertarian Republicans and corporate Democrats, neoliberals of all stripes and Ayn-Rand-lovers of both parties all want the same thing. If there is any contrast between groups on housing, it’s really more of a matter of corporatists vs. communitarians. On the one hand we have the corporatists, for whom housing is a means to ROI; and on the other hand, communitarians for whom the essence of their home, whether owned or rented, is something more than just an asset.

While Manville doubles down on his market-based neoliberal housing mandates, other neolibs have become extremely tetchy that the ongoing WIMBY agenda and the financialization of housing is being discussed, criticized, and, most of all, “outed.”  Shills don’t like being called out, and so they become defensive. Their latest WIMBY line of defense is to suggest that Blackstone, one of the major investors in residential real estate and housing, has expressed concern about “competition” in some of their filings, and by implication somehow opposes forced density and upzoning.

And here we’ve reached the moment when WIMBY pearl-clutching turns to straw-grasping.

While Blackstone and other corporate landlords may bitch about competition, anything that further commodifies housing, especially if it is not counterbalanced with any restraints on “the unfettered Market,” actually only helps them in the long run. Anti-speculation housing policy, of course, which would place limits on corporate ownership of housing, is an entirely different thing altogether, but most neolibs including Manville are conspicuously silent on any of these potential measures, since it would spoil their true goal in pleading for housing deregulation. Blackstone’s very public “concerns” about increased supply are likely a “briar patch” ploy intended to ratchet up “market-based solutions” and to fuel speculation.

In an expanding, growing market, the Blackstones of the world are likely to do very well. Additionally, they know full well how the market itself works: potential competitors are going to enter the market only as long as they can maximize ROI. Once the law of diminishing returns kicks in, competitors will seek greater ROI elsewhere. And while initial increased competition may have a short-lived dampening effect on market-rate housing prices, this approach will never lead to meaningful levels of housing affordability -- as indeed it has not anywhere in the real world.

As telling as the WIMBY trivialization of the impact of institutional investors on the housing market is, for some WIMBY’s the main goal may simply to be to let the market – through a variety of deregulation measures – destroy single-family neighborhoods.  Money almost always wins, and the WIMBY’s understand that, whether their own motivations are financial or psychological.

One of the biggest supporters of the WIMBY “sue the suburbs” strategy, law professor Chris Elmendorf of UC Davis, has gone so far as to suggest that SB10, a bill that that would allow three city councilmembers to overturn voter-led initiatives and referenda is “democratic.” Granted, he’s probably using the term “democratic” in the sense it was used in the “German Democratic Republic” in the glory days of Erich Honecker or throughout the existence of the Soviet Union.

Evidently recognizing that there is nothing at all kosher about, on the one hand, decrying voter suppression when it happens in other states, and, on the other, actively undermining the will of the voters when the end (of forced growth) justifies the means, the best Elmendorf can muster in response to the glaring hypocrisy of this position is to ask: “Huh?”

Elmendorf, whose name literally translates to “elm village” isn’t interested in anything as modest as a “village.” For Elmendorf, it’s go big or go home.

Beyond encouraging Big Tech and developer-funded AstroTurf groups to sue cities in an effort to seize control of profit-driven urban planning, Professor Elmendorf has been involved in the drafting punitive real estate legislation, including figuring out crafty ways to further weaponize RHNA, which is meant to be a planning tool, not a blunt instrument to attack cities. His incremental “death by a thousand cuts” approach towards community-based decision-making clearly has one goal: forcing densification and growth upon communities throughout the state through the eradication of single-family neighborhoods.

Like in the old Soviet Union and other totalitarian regimes where legal frameworks are used to justify all sorts of oppressive policies, Elmendorf’s strategy is to create an arcane legalistic web of regulations and mandates that effectively cedes control of land use from local communities to developers and the Urban Growth Machine itself. As is often the case in those totalitarian regimes, Elmendorf will no doubt try to scapegoat cities and local communities as being the cause of their own misfortune. But then again, Elmendorf also undoubtedly thought Josef K. had it coming to him and deserved to die like a dog.

And while Elmendorf’s Soviet-style lawyering is sure to impress developer donors and other well-heeled oligarchs within the Urban Growth Machine, and despite all the specious doubletalk about “affordability,” “the environment” and “equity,” as is the case with Manville, it’s still always and only all ‘bout the money.

Never mind that plutocracy by definition can’t be progressive.

The widespread Gleichschaltung in academia on housing is probably yet another case for the Heterodox Academy, and all the more reason for the intellectually curious to read HxA founder Jonathan Haidt’s perceptive “The Righteous Mind.”

But when it comes to people’s personal lifestyle-housing choices there is nothing really righteous at all about the WIMBY lack of tolerance or self-righteousness, especially coming from neoliberal liberal professors.

(John Mirisch was elected to the Beverly Hills City Council in 2009 and has served three terms as mayor. He is currently a garden-variety councilmember.) Prepped for CityWatch by Linda Abrams.