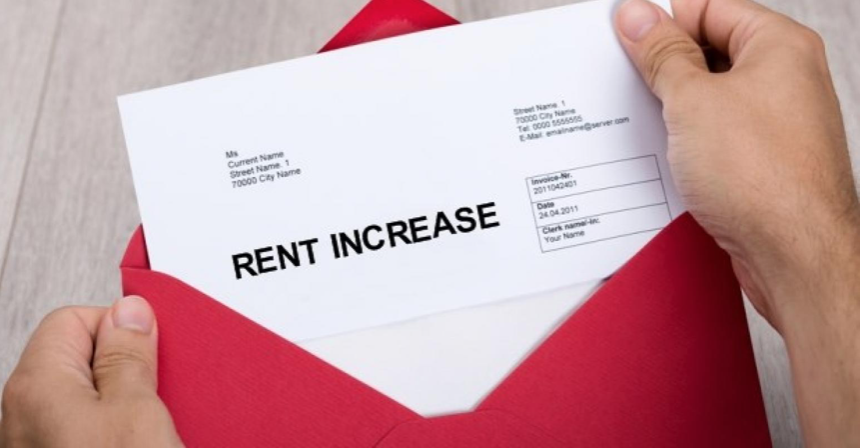 PLANNING POLITICS--After years of pleading for livable conditions, a disabled senior citizen is finally getting his day in court.

With the Los Angeles housing crisis reaching a high, landlords have been turning to increasingly underhanded treatment of tenants to fill their pockets. Many of these tenants include the most vulnerable of society, the elderly and disabled. Such is the case of Paul Constantine, an elderly, disabled man taking his former landlords Luis Hoyos and Ivan Rukavina to court after nearly twenty five years of dehumanizing treatment. The complaint filed tells a terrifying story of crumbling infrastructure, ongoing termite infestation and unfair rental practices.

Since moving into the Highland Park neighborhood duplex in 1994, Constantine has faced increasingly inhospitable conditions in the duplex apartment. Conditions ranging from termite infestation, mold,  rotted floors, illegally increasing rent, feces in shower, missing smoke detectors, flammable stove units and the list list goes on. Ray could not afford to move and suffered in these deplorable conditions for over 10 years. Ray is a disabled senior citizen and his health declined dramatically under these conditions.

Despite years of pleading  for habitable conditions in his unit, his landlords allowed Ray to suffer an unsanitary termite infestation, ineffective waterproofing induced by severe dry rot, mold and numerous substandard housing conditions cited by Los Angeles Housing and Community Investment Department{LAHCID). After many complaints to his Landlord to no avail not repairs were done and instead Ray was financially squeezed and given a notice for illegal increase in rent and illegally charged late fees. In response Ray reported the Landlord to Los Angeles Housing Community and Investment Division(LAHCID) who assisted Ray in trying to remedy the deplorable living conditions and illegal rent increases. The landlord ignored repeated complaints and Notice of order to comply sent by LAHCID.The landlord also ignored warnings issued by private termite company they hired to inspect subject premises.

After years of termite infestation known by the landlord , the termites eventually took over the home. Ray would come home to swarming termites and their fecal matter falling from the ceiling into Ray’s hair, eyes, mouth, ears, food, beverages, shower, sink, bed, couch, artwork, and on his pets. Frequently Ray would break down in tears over the conditions and his diminished ability to sleep, eat, drink and relax.While his landlord was fully aware of these conditions, they continuously ignored citations and repeated government notices informing them of the health and housing code and habitability violations.

During this time Ray also experienced multiple illegal increases in rent and late fees. According to Rays lease rent start date 8/01/2002 the rent was $650 per month. Section D of the real lease does not allow late rent charges. At all time hereafter Ray has fulfilled all obligations under the real lease but has endured illegal rent increases and late fees over a 16 year period. Here is a break down, on August 17, 2007 Luis Hoyos and Ivan Rukavina sent Ray a Notice of Rent

increase which stated “We are raising your rent to cover 2006 (which we forgot to do) and 2007.. The cities rent control allows a 4% rent increase for 2006 and a 5% rent increase for 2007. Your current thereafter goes from $710 to $775. So instead of raising the rent by the 5% they illegally raised tenants rent by 9% citing loophole. Over the years the landlord has also cited Ray for hundreds of dollars in late fees when his real lease clearly states there are no late fees allowed.

The landlords Luis Hoyos and Ivan Rukavina has failed to keep fair landlord tenant practices and has failed to maintain the premises for years. Subjecting Ray to a rampant and outrageous infestation of termites.that took root, creating an unlivable situation. The infestation in Ray’s bathroom became overwhelming with termite fecal matter drop in his mouth on his person while showering, and while going to the restroom. Ray had to wash his bathtub multiple times a day to reduce the accumulated fecal matter. During the summer of 2017 the termites dug into the upper ceiling and began to drop on the Ray's food and other household items that could not be replaced.

The landlord continued to ignore these issues and sent Ray another rent increase in August of 2017, increasing his rent to $1,010.71. Ten days later on August 11, 2017 Ray received a “Notice of Required Inspection, a representative from our office, an inspector, and/or vendor will need to be in your unit for a period of time Friday, August 18th, 2017”.

Ray was excited when he received this notice, being under the impression the landlords would finally start the repairs he needed so badly.

However on the day the inspector came to his unit, Ray was informed that the owner decide to sell the building. This news devastated Ray and he again sent correspondence to landlord requesting immediate attention for the termite issue.

In return the property manager supervisor. Michael Valderrama emailed Ray notice of termite inspection. On August 29, 2017 Cats USA Pest Control inspected Rays residence on behalf of landlord. Upon completion of inspection, Cats USA Pest Control cited the premises with visible problems in accessible areas with dry wood, termites and fungus/dry rot. Shortly thereafter the the property manager sent Ray another “notice of required inspection, a representative from our office, an inspector, and/or vendor will need to be in your unit for a period of time” on September 5, 2017. On the day this supposed “inspector” arrived Ray asked inspector ‘Are you here for the termites?’ In response the inspector stated, “No, I’m a prospective buyer...”.

Ray never agreed to this and this was a blatant violation of his landlord tenants rights. He was expecting a solution to his termite issue but instead he was subject to a Real Estate showing.

After many violations and notices, the landlords finally agreed to the necessary repairs to the unit. Unfortunately for Ray, they refused to offer his a temporary housing solution or financial relief, forcing him to stay in the unit while the repairs were underway, creating a chaotic and stress inducing living situation for the nine days of repairs.

In February of this year, the building was sold to Inland Maple Partners, LLC. Within a month of the new ownership, Ray received notice that all pets must be removed from the premises. Confused, Ray went to the new owners stating that his lease specifically allows him to keep his cat. When showed the copy of the lease Inland Maple had received from the former landlords,

Ray was shocked to find the lease was different from his own, with the move in date having been changed, several key point of the lease agreement like the pet addendum were not present and his name had been forged along with the address being incorrect. The Los Angeles Police Department has since proven that the signature was on the “new lease” was forged.

With the court dates pending, this case could prove to be a wake-up call to landlords and rental companies across the city. With millions of dollars at stake many should take heed that Los Angeles residents will no long take the poor treatment that so many are forcing on their residents.

(Adrienne Nicole Edwards is a community advocate and a member of the NC Budget Advocates Committee and a CityWatch contributor. Charlie Williamson, a community activist, contributed to this story.)