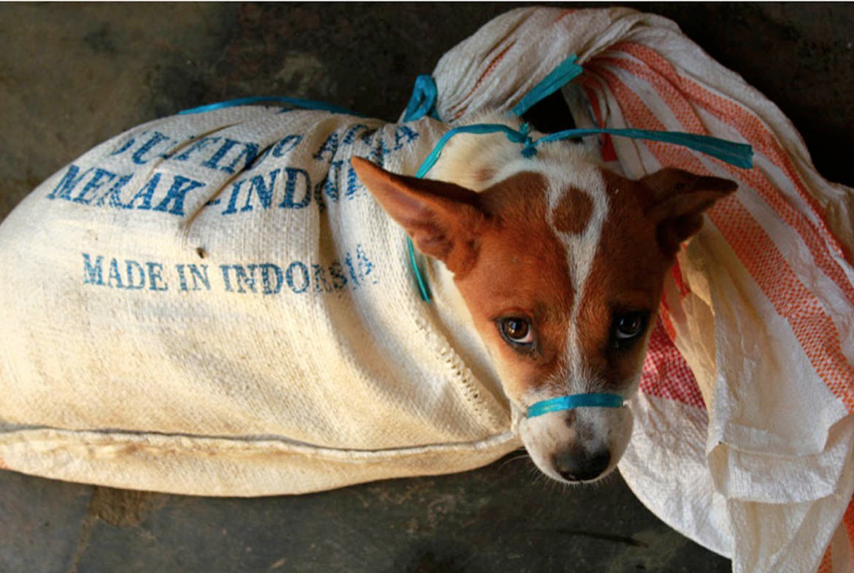 According to these reports, more than 13,000 dogs were being slaughtered every month in Central Java. Last week, Governor Ganjar Pranowo made the order banning dog meat after meeting with the organization Dog Meat Free Indonesia (DMFI). Governor Ganjar stated: “We must push the Surakarta administration to issue a strict regulation that prohibits people from consuming or selling dog meat.”  (Surakarta is a city in Central Java.)

The Governor declared that dog meat was not to be consumed, based on a 2012 food law, which states that dogs are not qualified to be consumable food since they are neither farm nor forest products. He said that “The law clearly prohibits it. Once a regency issues a ban, every other region will follow suit. Agency heads will convene to discuss such a regulation.”

Congratulations to Central Java, Governor Ganjar, and the organization Dog Meat Free Indonesia for accomplishing this historic and humane breakthrough. Hopefully, other provinces and the country as a whole will soon follow suit. It was reported that in other areas, thousands of dogs are still being blow-torched alive to remove their fur, and bludgeoned to death in front of onlookers, including children.

For further information about banning the dog meat trade, what is going on in South Korea including a historic step taken by the City of Seoul, what the City of Los Angeles is doing about this torturous practice, and what you can do to help stop it, please see the following articles in CityWatch:

November 4, 2019, “All Dog Meat Slaughterhouses in Seoul South Korea are Finally Shut Down.”

June 17, 2019, “Help Stop the Brutal Torture and Killing of Tens of Millions of Dogs in the Dog Meat Trade.”