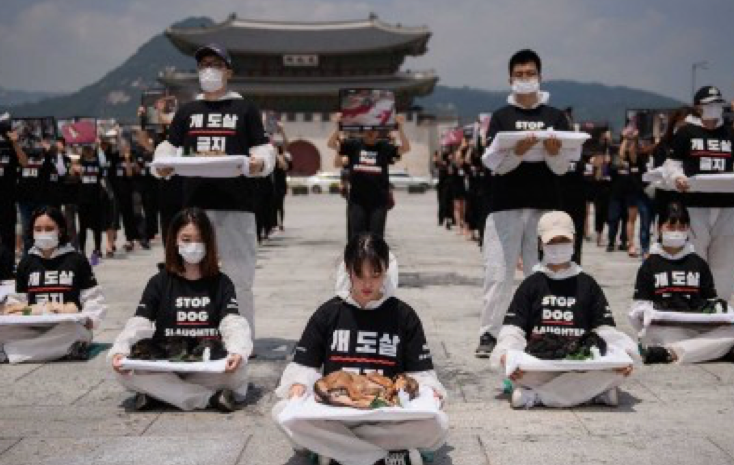 ANIMAL RIGHTS-On October 26, Mayor Park Won-soon of Seoul, South Korea announced that all dog meat slaughterhouses in the city would be closed by October 31, 2019.

Eight dog slaughterhouses at Gyeongdong Market and Jungang Market recently closed, and the remaining three will stop operations by the end of October.

Mayor Park stated: “Through persuasion for many years, we stopped all slaughter in Seoul. We will maintain the city as a slaughter-free place to promote the dignity of animal coexistence. If Seoul slaughter activity occurs again, we will use all means to block it.”

Congratulations to Mayor Park and the City of Seoul for taking this humane action. It should also be noted that South Korean President Moon Jae-in adopted a dog named Tory who was rescued from a dog meat farm.

Seoul’s end to the dog meat trade is great news for the dogs of Korea and the people who care about them. But it is not the end of the battle. The rest of Korea should follow the lead of Seoul, which is the capital and largest city. An amendment to Korea’s Animal Protection Law that would ban dog meat consumption nationwide was introduced in South Korea’s National Assembly in June 2018 but has not yet been passed. We strongly urge the National Assembly to pass this important amendment.

And of course, China, Vietnam, Cambodia, and Indonesia still have to take action to ban the dog meat trade.

As readers of CityWatch know, in July, the Los Angeles City Council unanimously passed a resolution requesting the governments of China, Vietnam, South Korea, Indonesia, and Cambodia to ban the sale of dog meat and enforce their animal cruelty laws. CityWatch covered the progression of that resolution here and here.

As stated in the City Council Resolution:

“[D]ogs in these countries are kept in cramped, rusty cages stacked on top of each other, and slaughtered in brutal ways such as hanging or electrocution, due to an erroneous belief that high adrenaline levels will produce tender meat and increase the supposed health benefits of consuming dog;. . .

“NOW, THEREFORE BE IT RESOLVED. . .the City of Los Angeles hereby includes into its 2019-2020 Federal Legislative Program SUPPORT for legislation or administrative action that would request the governments of China, Vietnam, South Korea, Cambodia, and Indonesia to ban the sale of dog meat and to enforce their animal cruelty laws.”

Thank you again to the Los Angeles City Council, Councilmembers Blumenfield and Ryu, the Valley Alliance of Neighborhood Councils, and all those who supported the City Council resolution.

Thanks and congratulations to all those who have been working to stop the dog meat trade for many years, including koreandogs.org and Giny Woo; Marc Ching; Last Chance for Animals, Audrey Harvey, and South Korean Animal Liberation Wave; Lisa Vanderpump and Dr. John Sessa; Humane Society International; John Popoch and the Blumenfield team; Justin Orenstein; and many others. Our efforts are starting to pay off.