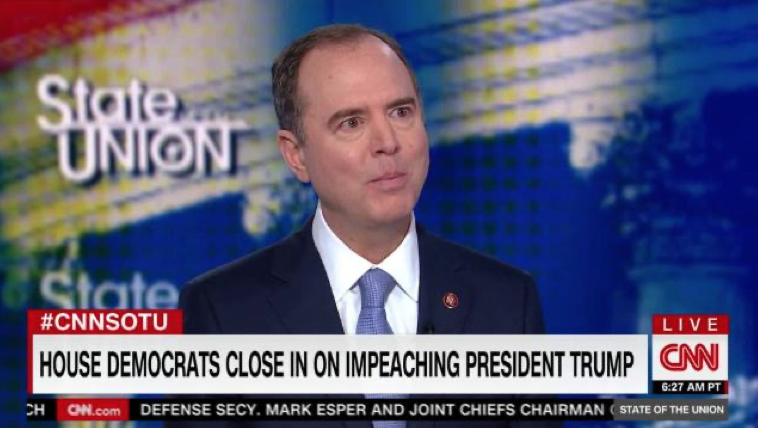 Since we seldom undergo the impeachment process for a President, we’re all a little rusty on the concepts and what happens at which stage. Impeachment is like a preliminary hearing in a criminal trial in that it is a public hearing in the House of Representatives to see if there is enough evidence to try the President in the Senate. Since the word “impeachment” is often used to include both the House hearing and the Senate trial, it is easy to think that impeachment means removal from office. No President has been removed after a Senate trial.

The fact that no President has been convicted does not mean that the impeachment process did not remove Nixon. The key word is “process” which includes the House hearings and the Senate trial and all the politics surrounding both. So far, removal has come only after enough evidence accumulated in the House to make a Senate trial unnecessary. That may be the political process necessary to avoid a civil war.

How Politics Are Crucial in Impeachment

If Trump were facing criminal charges, he’s guilty. “Do us a favor, though” sealed his fate as it was a clear solicitation of foreign help in a political campaign. Trump has a history of seeking foreign help; as a candidate he called upon Russia to find and release Hillary’s emails. Impeachment, however, is not a criminal proceeding even when the President has committed a crime. The idea that the House hearings have produced enough evidence to criminally convict Trump is misleading, which is why Nancy Pelosi announced it so forcefully. By pretending that no more evidence is necessary, she is trying to stop the evidence gathering before it becomes great enough for the political act of removal from office to occur.

The Political Aspect of The Impeachment Process

The House hearings are where enough damning evidence may be presented that the President’s strong supporters know that he is guilty of conduct requiring him to step down. That is why Nixon resigned and Clinton did not.

Suppose the House in Nixon’s case had halted the proceedings before John Dean testified and before the tape with the missing 18 minutes had been discovered. After the House had obtained overwhelming evidence, the tide turned against Nixon. The amount of evidence makes the crucial difference.

“Republican members of Congress also had come to the conclusion that their president had lied to them, and Nixon's political support quickly evaporated. Charles Wiggins, who had been Nixon's ablest Judiciary Committee defender, dropped his support for Nixon, saying that ‘the facts then known to me have now changed,’ and that it was now obvious Nixon had a ‘plan of action’ to cover up the break-in. He believed that as a result, "these facts standing alone are legally sufficient in my opinion to sustain at least one count against the President of conspiracy to obstruct justice." -- [141] Wikipedia

Why Does Speaker of the House Nancy Pelosi Want to End the Hearings Before the Fat Ladies Sing?

There are at least three fat ladies: John Bolton, Mike Pompeo, and Rudy Giuliani. Pelosi has falsely claimed that the House has enough evidence that Rep. Schiff should stop the evidence gathering and the House should vote on articles of impeachment. Oh yeah? We’ve got some really fat ladies outside yelling, “I wanna sing.” John Bolton described Trump’s Ukrainian gambit as a “drug deal.” He also claims there are other phone calls and other conversations of which he has first-hand knowledge. If the House votes on articles of impeachment now, Trump is home safe. That vote will end evidence gathering and GOP members who are eager to jump ship will be held captive by Pelosi’s suppression of evidence.

Pelosi does not want the fat lady Secretary of State Mike Pompeo to sing. Here’s what the New York Times wrote on Nov 20: “On Wednesday, Gordon D. Sondland, the American ambassador to the European Union, filled in the blanks. He said Mr. Pompeo and his top aides “knew what we were doing, and why,” and recited emails he wrote to Mr. Pompeo about the quid pro quo demanded by President Trump. “Everyone was in the loop,” Mr. Sondland said. Stopping now is like stopping your marathon run at 25 miles.

Rudy, Rudy, Rudy - Who Doesn’t Want the Walking Self-indictment Not to Testify?

Rudy even brings his inculpating evidence with him and shows it on TV. I submit it is cruel and unusual punishment to the world’s political junkies not to let Rudy testify.

What Happens When the Evidence Destroys Trump’s Political Support?

The GOP will then Nixonize Trump. That is how the impeachment process operates. When all the skullduggery has been exposed and the support for the President is unsustainable, the leadership visits Trump and shows that it has the votes to remove him and he resigns.

As Pelosi knows, damning evidence from the president’s inner circle which ties everything to Trump means that the GOP will Nixonize Trump and become patriots.

(2) Ratchet up the Identity Politics

The political counterbalance to evidence of Trump’s impeachable conduct is a ginned-up Right Wing.  AOC and other far-lefties with their white entitlement racism and call for slavery reparations may hold enough GOP to Trump’s side to prevent the GOP from Nixonizing him no matter what the evidence.