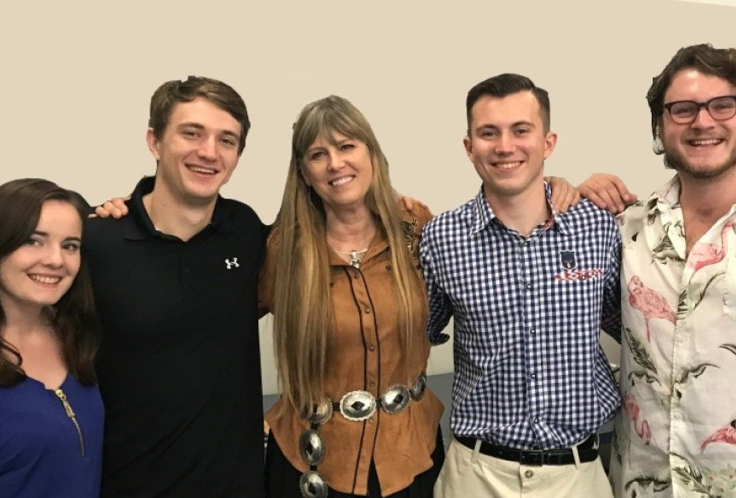 ONE MAN’S OPINION-The California Supreme Court case of American Philatelic Soc. v. Claibourne (1935) 3 Cal.2d 689, 698-699 says, “When a scheme is evolved which on its face violates the fundamental rules of honesty and fair dealing, a court of equity is not impotent to frustrate its consummation because the scheme is an original one.

There is a maxim as old as law that there can be no right without a remedy, and in searching for a precise precedent, an equity court must not lose sight, not only of its power, but of its duty to arrive at a just solution of the problem."

In abusing and fleecing the innocent, the courts themselves have devised a variety of schemes which violate the fundamental rules of honesty and fair dealing and the courts have lost sight of their duty to arrive at just solutions.

What Does an Elder Do When the Court Itself Is the Perp?

Recently, an unidentified Los Angeles Superior Court staffer, writing on “The Robing Room,” explained one of the court’s scams.

“CORRUPTION? How do the courts do it?

“Delays, sealing documents, ignoring constitutional rights, perjury, abuse and crime. How does anyone profit? Legal fees, did you consider lawyers charge a minimum of $250 per hour. (Private attorneys can be $600/hr.)

“Most hearings involve 2 or more lawyers all billing for time. Victims are billed to death with hundreds of thousands of dollars in legal fees. The judge knows every time they continue, delay or fail to act it costs victims thousands of dollars. Remember lawyers are paid whether they win or lose. It’s not about justice, it’s about greed and profit. That's the game, follow the money, reward the lawyers who are controlled by the judge. It’s been found judges are bribed paid via generous home and property loans, payments and exchanges.”

This scam might be the most prevalent because it can happen in any case where the family has money. It is almost axiomatic that only families with money seek a conservatorship to protect an elder’s real estate and other property. (I’ve seen attorneys who buck the system and cut their fees so that they are partially pro bono, but it is questionable whether any of the judges’ buddies cut their fees.)

The wanton and unjustifiable aggrandizement of attorney fees seems to be a primary way conservatorship judges rip off the public.

Other Ways to Abuse and Loot the Wealthy

As described last time, Judge Elizabeth Lippitt (photo above, center on her GoFundme page) is in the middle of depriving the Widow M of her property. Judge Lippitt chose ex-Judge Reva Goetz to set up the structure where all the Widow M’s properties would be sold. Then, the court arranges to deplete the widow’s assets in order to claim that the Widow M’s houses must be sold for living expenses. The court requires the Widow M to support her adult daughter who has fleeced her mother of hundreds of thousands of dollars plus the widow must allow her adult daughter to live rent-free in the widow’s large Temecula home. That stops the Widow M from making any money by renting her house at 41120 Chemin Coutet.

The Goetz-Lippitt plan is to stop the short-term rental of the Rancho Rivera and Verdugo Hills properties to further reduce the Widow M’s income.

Let’s look at Reva Goetz, the mediator Judge Lippitt appointed. Vultures of a feather flock together. Comments from The Robing Room:

(1) First, notice that Reva Goetz has an extraordinarily negative rating by both attorneys and litigants, 1.7 and 1.0 respectively. The scale is 1 to 10.

January 7, 2018 -- Disgusting judge who lacks any form of integrity or ethics.

October 5, 2016 -- Glad to see she's off the bench. As a judge, she had a nasty combination of being dumb and mean. She doesn't care about the law at all, much less the impact of her reckless decisions on children.

April 6, 2016 -- A truly awful Judge, lacking intellect and lacking a sophisticated understanding of the law. She often "shoots from the hip" and makes snap decisions that are contrary to law and that cannot be squared with the facts of the case. . . .No, this is not a case of "sour grapes" because I have discussed her performance with a number of other lawyers, and they confirm that she is a Judge to avoid.

October 8, 2015 -- Literally the worst judge I've ever appeared before. She ignores the law, ignores the facts, and is insulting and demeaning to whichever side she doesn't like.

May 31, 2014 -- Judge Reva Goetz participated in fraud upon the court when trust funds were misappropriated by attorneys for the trustees and left a beneficiary defrauded of over $1 million.

The crucial question is: Why Judge Lippitt would appointed anyone with a reputation like Goetz’s to mediate anything? (Yes, that’s rhetorical.)

“Walk in Another’s Shoes” Does Not Apply to Toxic Narcissists

One might suppose that Judge Lippitt has no way to understand the harm she is causing. Let’s take a look-see.

The Woosley Fire was an unmitigated disaster and almost everyone felt the shock and pain of those people who lost their homes. Even wealthy people living in mansions have feelings, they have loved ones, and they experience a devastating sense of loss when their homes are destroyed. One would think that when such a tragedy besets someone, they wouldn’t do the same thing to another person.

The help for Judge Lippitt was muy pronto. A GoFundme page a position of power so people make contributions to help you and perhaps more importantly, are seen to be helping you.

Apparently not a whit of compassion carried over to the Widow M in order to temper Lippitt’s fleecing the Widow M of her three properties which it took the widow and her late husband a lifetime to acquire. Rather, Lippitt became livid when she learned that the Widow M had people who were helping her avoid bankruptcy without charging anything.

Judge Lippitt’s Indignation Over Late Payment of her 2%

After the Woosley fire, insurance proceeds were deposited with a corporation called Mr. Cooper, aka Nationstar Mortgage LLC, which is supposed to pay 2% per annum on the deposits. Mr. Cooper, it seems, was not nice to Judge Lippitt and he didn’t place her $457,848.12 into the 2% interest bearing account.

Fortunately for Judge Lippitt, Mr. Cooper doesn’t have absolute judicial immunity. So she sued him -- Lippitt v Nationstar, 8:19-cv-01115-DOC-DFM. Apparently, Judge Lippitt got all or substantially all of her $9,100. [FAC 7:27-8:4].  Balance that small sum of money against Judge Lippitt’s pursuing the Widow M to deprive her of 100% of her three properties as well as stopping her from suing over the $435,000.99 below-market-rate sale of her Hollywood home.

What does the loss of an unknown fraction of 2% say about Judge Lippitt when it sends her to federal court in righteous indignation while she attacks 100% of the Widow M’s property? Power corrupts, turning the judiciary into a coven of evil.