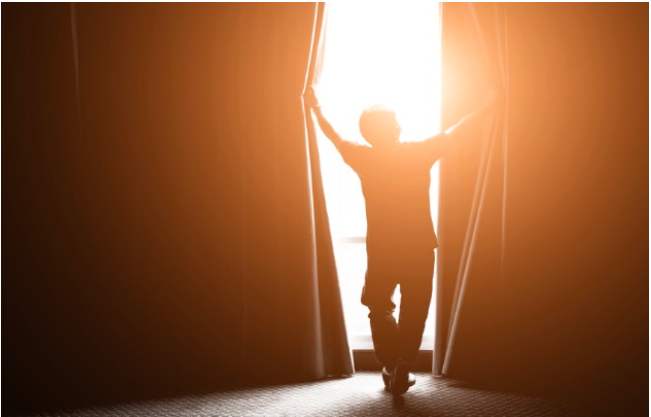 OTHER WORDS-I’ll be honest: Writing a weekly opinion column about the environment during the Trump era is depressing — and boring.

Every week is the same: “Trump did something harmful to the environment. That’s bad. He should stop. Here are the catastrophic things that will happen if we don’t take care of our planet.”

I feel like a combination between the Grinch and a broken record.

At this point I’m not even sure I’d be shocked if he announced plans to dump nuclear waste directly into Yellowstone, or to serve barbecued panda bear with a side of spotted owl for dinner at the White House. (Oh no, I might have just given him some ideas.)

Outrage fatigue is real. I know Trump isn’t going to do anything good for the environment, unless it’s by accident. It hurts to care. It hurts to be afraid about the future for our planet and all the people on it, and to feel powerless to make any meaningful change.

I’m frustrated because these relentless attacks make it difficult to have the debates we should be having.

It’s one thing to say that placing tariffs on solar panels, as the Trump administration has done, is no good because it resulted in thousands of American job losses while harming the renewable energy industry.

Or, as The New York Times did in a story on 85 environmental rules the Trump administration is rolling back, to compile a litany of alarming developments.

Or to raise the alarm that the Trump administration is silencing climate scientists, or trying to revoke California’s ability to set stricter auto emissions standards than the federal government.

As a Californian who doesn’t enjoy the smog in Los Angeles, that last one particularly hurts.

What I crave is a debate over what we should do. What would be good for our country and our planet? What are our shared values and how can we create policies that promote them? And I want experts to weigh in with real information to help educate the public so we can support the ideas that are truly the best.

What are the ways we can protect the planet while also creating jobs, reducing inequality, and improving quality of life? We were the first to put human beings on the moon. Surely, we have the brainpower as a nation to figure this out.

One break from the bad headlines?

A massive youth-led climate strike is underway, and the movement behind a Green New Deal has driven several Democratic presidential candidates to release unprecedentedly ambitious climate plans. All the leading candidates defended their plans in detail, in fact, at a seven-hour CNN town hall this month — the first of its kind.

Feeling hopeless and powerless is a recipe for doing nothing. Rage and anger are more activating but yelling at your TV or ranting at climate deniers on Facebook doesn’t accomplish much.

We’ll only get where we need to go when the focus is on problem-solving, particularly when we’ve got the full weight of the federal government behind the effort. But until then, it’s up to movements to punch through the relentless headlines.

(OtherWords columnist Jill Richardson is pursuing a PhD in sociology at the University of Wisconsin-Madison. Distributed by OtherWords.org). Prepped for CityWatch by Linda Abrams.