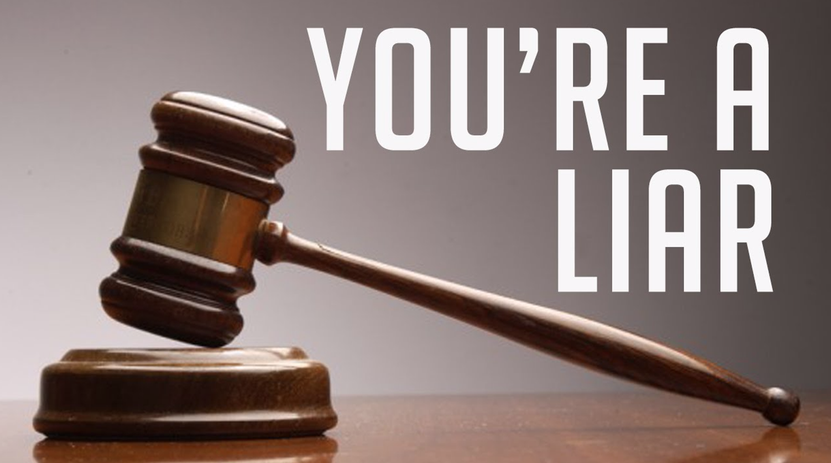 PLANNING WATCH-If you follow the news regarding including housing-related legislation bubbling up in Sacramento and at LA’s City Hall, you have been subjected to a series of big lies.

They all claim that quickly permitted, larger, taller, denser apartment buildings will finally solve the housing crises ravaging Los Angeles and the rest of the California. For good measure, the lies sometimes fold in other alleged benefits, such as less traffic congestion, reduced Green House Gas emissions, and increased transit ridership. Even though many CityWatch writers have exposed these lies, like zombies, they repeatedly rise from the grave, intent on keeping the current real estate bubble alive. For this reason, they need continuous debunking, as well as identifying who benefits from them.

Big Lie # 1:  California needs 3.2 million more homes, and up-zoning the entire state  will end the housing shortage and, therefore, the state’s housing crisis. As carefully refuted in CityWatch by Casey Maddren and myself, this is a lie for two reasons. First, the 3.2 million figure comes from a McKinsey Global Institute consultant study that relied on New York and New Jersey housing data to draw conclusions about California. Other studies show a smaller housing shortage, and if you look a such obvious measures as homelessness, out-migration, over-crowding, and rent-gouging, the figure is even lower.

Second, if up-zoning has any effect on housing production and costs, it will only produce expensive housing funded by private investors. These investors do not plunk billions in under-performing capital into profitless low-income housing ventures. As for HUD programs to directly build and operate low-income housing, the Nixon, Reagan, and Clinton administrations eliminated them decades ago. The one remaining public housing option, California redevelopment agencies financial support for low income housing projects, ended in 2011. This is when the State Legislature and Governor Jerry Brown dissolved California’s local redevelopment agencies. 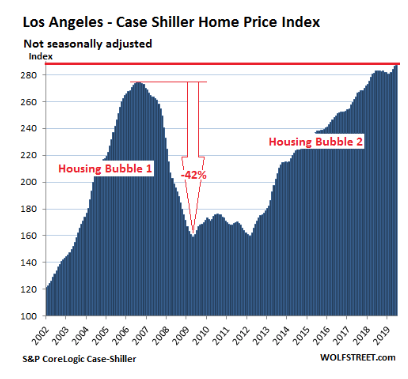 Big Lie # 2:  Los Angeles does not have enough remaining zoning capacity to meet its housing needs.  The solution, therefore, is to up-zone the city’s residential neighborhoods, through State laws, like SB 330, and local ordinances, like “Transit Neighborhood Plans.”  Anyone who believes this tall-tale only needs to drive, walk, bike, or take the bus down any of LA’s endless, low-rise, mostly-treeless commercial corridors, like Van Nuys Boulevard in the San Fernando Valley, Pico Boulevard on the west side, Vermont Avenue south of DTLA, and Whittier Boulevard on the east side.   You will see miles of one and occasional two-story buildings. These long, woefully under-utilized transit corridors could be redeveloped with three story, by-right apartment buildings. Through density bonuses, these corridors could be re-built with mixed-use or apartment-only buildings six or more stories tall.

This is why the most accurate study on LA’s unused zoning capacity, Chapter 7 of the General Plan Framework’s Draft Environmental Impact Report, reveals that LA’s zoning build-out population would be 7 million people, far above the capacity of the city’s infrastructure and public services. Subsequent density bonus laws lift this zoning build-out figure to 9 million people, or more than double the city’s population. Despite LA’s current building boom, most of this unused zoning capacity remains untouched, far exceeding the latest population forecasts.

Big Lie # 3:  Transit ridership will increase if the density of nearby housing is raised through zone changes. This fix could work if the current housing boom were restricted to low-priced housing rented to transit-dependent low-income tenants. But this is not the case. In Los Angeles new “transit- oriented development” (TOD) decreases transit ridership because it is based on private real estate investment. Since investors are strictly guided by profit maximization, and since the most profitable apartment houses are for the well-off, TOD is really car-oriented, transit-adjacent housing. These well-off tenants rarely ride a bus or subway, even when it is close by. They own cars and stick with them for most trips, the main reason LA’s bus and subway ridership continues to plummet.

Big Lie # 4:  Community groups opposed to up-zoning are motivated by financial self-interest, the basis of their “nimbyism.” Anyone who is strictly motivated by financial self-interest, like those who smear the critics of speculative real estate projects with the “nimby” label, should understand that up-zoning increases property values. If this happens, the real estate bubble can continue to expand.

Any single-family neighborhood that is up-zoned, for example by allowing four-plex apartment buildings to replace a house, will experience bidding wars and climbing prices. The reason that most community groups oppose these real estate schemes, even though they could result in quick profits for residents who sell their homes, is concern over quality of life issues. Residents prefer new buildings that match the character and scale of existing development and that do not exceed the capacity of public services and infrastructure. These criteria are expressly called out in LA’s General Plan, even though they are of little concern to real estate investors. Their goal is to the ride wave of rising housing prices as long as possible, not local livability, which they denigrate as “nimbyism.” 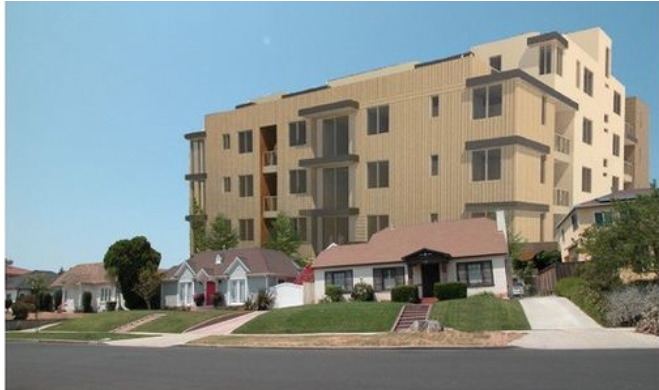 Rendering of new apartment project in the Pico area. Why complain if the sales price of your house increases?

Big Lie # 5.  Building more expensive market housing produces more low-income housing through filtering. This zombie claim never dies, but whenever I ask CityWatch readers where filtering takes place in Los Angeles, no one provides me with an address or a neighborhood where once expensive housing has become affordable. The reason is simple enough. Filtering doesn’t take place in Los Angeles. The supposed law of supply and demand does not apply to housing in Los Angeles because developers do NOT respond to high vacancy rates by slashing rents. Instead, they increase on-site amenities or turn to short-term rentals. As for the bubble crowd’s prediction that a glut of expensive houses forces adjacent apartments to reduce rents, reality is exactly the opposite.   New, expensive housing sends a loud signal to nearly owners of smaller, older apartment to raise the rents in their buildings. This is why the median rent in Los Angeles has climbed to $2,849 per month.

Big Lie # 6.  Deregulating zoning, that is allowing developers to build bigger, taller, denser buildings without zoning waivers, is a blow against racism. While the history of zoning includes racial exclusion, according to historian Mike Davis, in LA the decision to dedicate many Los Angeles neighborhoods to single-family houses originated with the Chandler family, former publishers and editors of the Los Angeles Times. Nearly a century ago, their zoning rationale for single-family homes was that widespread homeownership would de-radicalize LA’s working class by turning it into property owners. At that time, most Los Angeles homeowners were white, unlike the present, when many neighborhoods, including those with single-family homes, are either diverse or predominantly ethnic minorities. When the Supreme Court barred racially restrictive housing covenants 8, and when LA became a majority minority city in 1990, LA’s zoning laws soon reflected the city’s new demographic reality.

Now, the use of zoning laws to gentrify older neighborhoods, such as East Hollywood and South Los Angeles, is accelerating the eviction of minority residents, so new, wealthier, and whiter tenants can replace them.

There are other justifications for up-zoning widely circulated at legislative committees, City Halls, academic conferences, corporate media sites, and by real estate groupies, so if you want any of them debunked, let me know. The bigger the lies come, the harder they fall, despite the current real estate bubble.

(Dick Platkin is a former Los Angeles city planner who reports on local planning controversies for CityWatch. He serves on the board of United Neighborhoods of Los Angeles (UN4LA) and welcomes comments and corrections to his articles or via email at [email protected]. Selected previous columns are available at the CityWatch archives and at his blog, Plan-it Los Angeles.) Prepped for CityWatch by Linda Abrams.