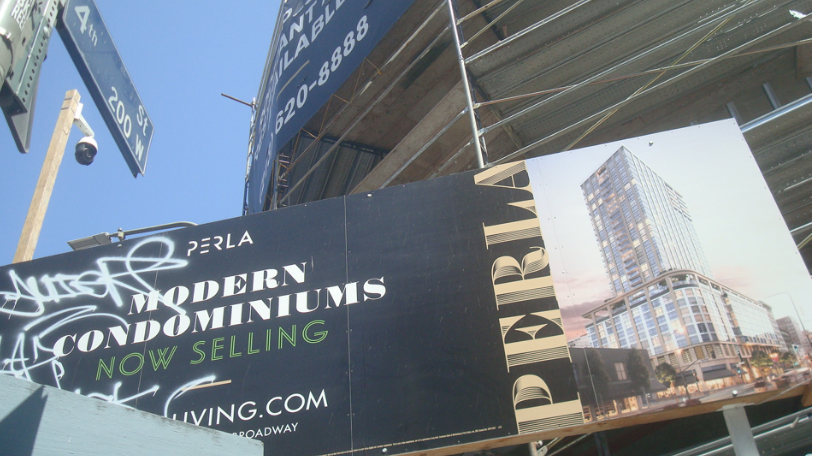 HOUSING CRISIS-Call me naïve. I used to think that to win a public debate you needed sound facts and rational arguments.

Now I realize I was a fool to believe that. Really, it all comes down to how you frame the debate, and the facts don't actually matter. You start out by stating your case in the most dramatic way possible, grab as much media attention as you can, and then offer a simple solution. It doesn’t matter if your solution won't really solve anything. You just need to make people believe it will.

Take the housing debate that’s got Californians at both ends of the political spectrum up in arms. Over the past few years the struggle has heated up as State legislators have pushed forward bills that would undercut the planning authority of local jurisdictions. Bills like SB 827, SB 50 and SB 330 have been hotly debated in the State Legislature, public forums and the media. Governor Gavin Newsom has said he'll deal with the housing crisis by pushing for the creation of 3.5 million homes by 2025. State Senator Scott Wiener has argued that the only way to build the 3.5 million homes California needs is to push for radical up-zoning. Newsom, Wiener, and numerous other politicians and policymakers have been given extensive media coverage as the debate rages on and on and on.

California desperately needs 3.5 million homes, but how can we build that much housing? Is it even possible?

But the question we need to ask here is: Where does the number 3.5 million come from? It's been repeated by politicians and advocacy groups up and down the state, but how did we get that number to begin with?

We got it from a report produced in 2016 by the McKinsey Global Institute, a branch of McKinsey & Co., a global management consulting firm. The report is entitled, “A Tool Kit to Close California's Housing Gap: 3.5 Million Homes by 2025.” In its analysis of California's housing woes, the authors chose to compare the state to the New York/New Jersey area. Here's a quote:

"Comparing housing units per capita in different U.S. states, we find that California today has a shortage of some two million units. This is a conservative estimate, derived by comparing California’s housing units per capita to states such as New York and New Jersey, which are ranked 41st and 46th in the country, respectively, for housing supply. New York and New Jersey serve as a useful peer set for California, given the states’ demographic profiles, economic output per capita, and land economics."

Obviously the report got a lot of attention in Sacramento, which is interesting, because the number McKinsey & Co. came up with is almost twice as high as the number that the State's own Department of Housing and Community Development (HCD) arrived at. This point is made in a recent report from the Embarcadero Institute, which asks why McKinsey chose the New York/New Jersey area as the basis for comparison. The authors of the Embarcadero report argue that California is very different from New York/New Jersey in terms of demographics and household formation, and that if a state-to-state comparison should be made, Texas is a much better match.

But the Embarcadero report goes on to say that there are many different ways to measure housing needs, and that McKinsey & Co.'s simplistic approach is probably not the best. They suggest it would be better to use a more sophisticated method that takes into account a variety of factors, and they point out that the California HCD does just that. And why should the folks in Sacramento listen to the HCD? Well, it is the agency that produces the Regional Housing Need Allocation (RHNA), which determines how much housing is needed in every one of the State's cities. In February 2018 the California HCD published its Final Statewide Housing Assessment 2025, which says:

It is interesting that in making their case for a radical change in housing policy, Governor Newsom and Senator Wiener ignored the projection made by the State agency that determines housing allocations, and decided instead to latch onto a projection made by a private consulting firm.

You may be asking, well, why should we trust the HCD instead of McKinsey? Government agencies make mistakes, and maybe they're the ones using the flawed method. But it's not only the Embarcadero Institute that has questioned the McKinsey report. In August 2018, Dowell Myers, JungHo Park and Janet Li of USC's Price School of Public Policy released a brief on California's housing needs. The number that Myers, Park and Li come up with, 2.5 million, is significantly higher than the HCD, but they specifically call out the McKinsey report, questioning the comparison to the New York/New Jersey area. And in June of this year, Myers and Park made a workshop presentation which states plainly, "McKinsey’s method is simple and easy, but can be very wrong."

So why have the politicians picked up on a number that many academics believe is completely unreliable? Newsom would probably say he wants to set the bar high in order to make the public understand the urgency of the situation. In Wiener's case, it seems his need to pass some kind of housing bill is tightly wound up with his own ego. With SB 827 having failed and SB 50 postponed, he seems determined to push something through the legislature. His "gut-and-amend" switch with SB 592, where a bill about barbers and cosmetologists became a bill about housing, seems to show a certain amount of desperation.

But politicians are notoriously unreliable. The "facts" they wave around when they're trying to sway the public are often manufactured to suit their needs. The real problem here is that most of the media has been eating this up without even questioning the reliability of the McKinsey report. I did a search using the terms "California housing crisis," and of the top 50 articles a dozen of them either mention the McKinsey report and/or its estimate of 3.5 million. Interestingly, only the LA Times even mentions the Department of Housing and Community Development and its projections. The rest of the publications, including the LA Daily News, Mother Jones, SF Curbed, Pacific Standard and CityLab, don't even question whether the number is accurate. Some of the writers specialize in housing issues, and yet aside from the LA Times, they don't even refer to the State agency that sets housing allocations.

In an op-ed piece published by the New York Times in April of this year the editorial board starts off by quoting the McKinsey report and uses it as the basis for a ringing endorsement of SB 50. Obviously, the authors didn't think it was necessary to waste any time checking the reliability of the 3.5 million estimate. Kind of makes you wonder how much faith we should put in the NYT's pronouncements about California's housing needs.
We need accurate information about housing, because if we rely on flawed assumptions, we're liable to make the wrong diagnosis. The Embarcadero report points out that we've actually been producing a lot of high-end housing in California, but that housing for middle-income and low-income households is lacking. The authors ask if the problems we're really facing might be a growing income gap and a severe housing mismatch. Supply side advocates say we just need to build more housing, any kind of housing, and that eventually the benefits will trickle down to everyone. But the authors of the Embarcadero report point out that there are already plenty of incentives in the tax code for market rate housing, and that what we really need is housing for people at the middle and low end of the income spectrum. They also recommend that we offer more support to renters by preserving affordable housing and preventing displacement.

We can't solve California's housing problems if we start out with bad information. We need to have accurate data so we can find real solutions. Otherwise we run the risk of making things even worse than they already are.

(Casey Maddren is President of United Neighborhoods for Los Angeles (UN4LA), a community group advocating for better planning, and a CityWatch contributor.) Prepped for CityWatch by Linda Abrams.