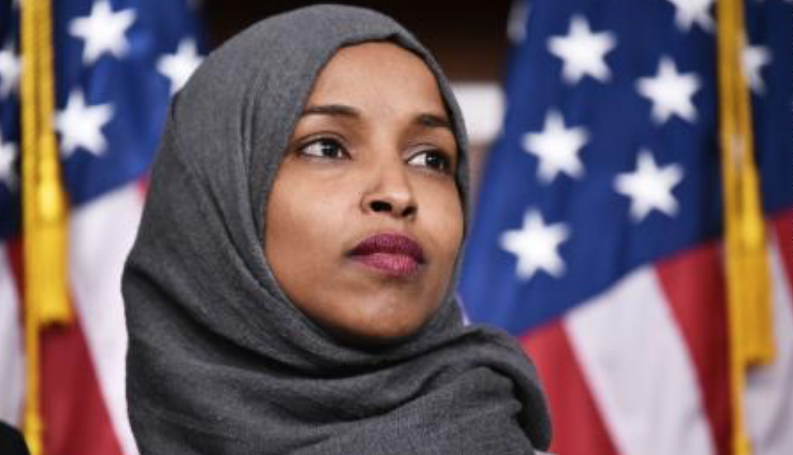 PERSPECTIVE--Trump rally participants chanted about Ilhan Omar: “Send her back! Send her back!” They are shameless so I feel shame for them.

Antifa bullies punched Andy Ngo, a conservative journalist in my town, Portland, Oregon. They are shameless so I feel shame for them.

All of us have done shameful things in our lives, though not everyone seems to feel shame. Those who do not are sometimes diagnosed as psychopaths or sociopaths.

Those who chanted at the North Carolina rally may well be capable of feeling shame as individuals, but clearly, they lack it as a mob. To single out a nonviolent Somali refugee woman who fled brutality and tribal violence, a woman who naturalized to US citizenship with all that implies (just the first of her oaths to defend the US and its Constitution), a woman who participates in her newfound democracy so effectively she was elected to represent Minnesota’s 5th District as a United States member of Congress.

That’s my hometown, Minneapolis, and the district she represents is 67 percent white. I know the people, including many Scandinavian immigrants whose people came to the US in the 1880s or thereabouts. When I grew up there were more Swedes in Minneapolis than in any city in the world except Stockholm. My house on Longfellow (yes, named for the poet who rhapsodized about the shores of Gitchii Guumii, the Shining Big Sea Water) was near what we called Snoose Boulevard.

The town is white. Somalis fled there as war refugees, from the hot Horn of Africa to freezing Minnesota, and I recall the first ill-dressed-for-it Somali women trying to survive there. I shivered in my expedition-weight gear and snowmobile mittens as I watched them hustle in January in thin black coverings.

Somalis survived and thrived in Minneapolis and the overwhelmingly white-majority voters in her district elected Ilhan Omar to speak for them. She does so with their strong approval—she didn’t need an electoral college to put her in office with a minority of the votes like Trump did, she won fair and square by a 78 percent landslide (Trump couldn’t even get 50 percent) with many obstacles facing her, including her religion and her color—factors that the white voters in her district felt were less important than her effectiveness at getting good policies into practice.

It takes a shameless, malignant narcissist like born-to-immense-privilege Trump to attack a former refugee who has been a leader for LGBTQ rights, for a living wage, for universal health care, and who has spoken out boldly against oppressive practices by anyone, including Barack Obama for his drone warfare, the Saudi royal family for their many human rights abuses, Israel as it oppresses Palestinians, and Trump as he cages children at the Mexican border.

Political debate is one thing in a vibrant democracy; racist ad hominem xenophobic mob rule is not what America is, right? That cannot be our national identity, can it?

Trump’s revolting jingoism is his personal problem, but his supporters are an ugly torch-and-pitchfork lynching party when they engage in such behavior. I personally find pretty much all chanting on any side of any debate quite annoying and alienating and I don’t ever participate. But picking on someone whose life is a miraculous story of survival and achievement is truly domineering and disgusting.

(Dr. Tom H. Hastings is PeaceVoice Director and on occasion an expert witness for the defense in court. He is a contributor to CityWatch.)