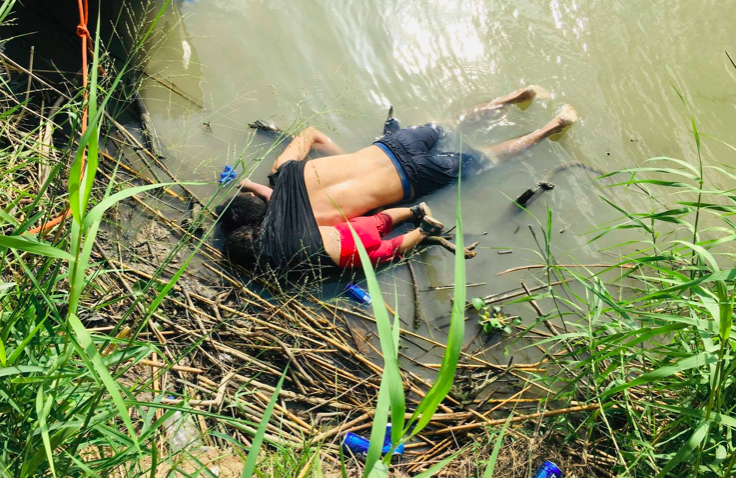 If that sentiment is not entirely obvious, then read no further. because this piece is not for you.

Does this need to be prevented? Absolutely. Are the policy changes and answers to prevent such tragedies obvious? No.

No, they are not.

Because it is quite evident that fleeing for one's life, or one's family and their future, makes sense. You would do it. I would do it.

My family is Jewish--and the Final Solution was named as such because Nazi Germany's first intent was to expel the Jews from Europe. When the world, including FDR's United States, would not take them in, extermination was decided ...

... even to the extent that devoting that tremendous amount of resources to the Holocaust might have led to Nazi Germany losing the war. Human monsters such as Nazis, Syrian warlords and Central American drug cartels are without mercy, sympathy, kindness, or decency. People suffer and die, and with a shrug nightmares are allowed to occur.

Yet the prevention of such drownings of fleeing Central Americans and Syrians is both mandatory and frightfully elusive to figure out and prevent.

1) We can certainly just send Central American refugees to the Canadian border and send them over with a promise that Canada will take care of them, as Mexico and Guatemala have done to the United States, but is that either kind or wise?

2) We can certainly bill the nations of origin of any Central American refugees, confiscate their foreign bank accounts/investments, and/or other resources, but is that either kind or wise?

3) We can certainly build a wall and make it clear that any attempt to cross the Rio Grande or other deserts at our southern border will lead to a certain death to dissuade refugees, but is that either kind or wise?

4) We can declare that the nations such as Mexico, Guatemala, El Salvador, and Honduras have threatened the security and sovereignty of the United States, but is that either kind or wise?

5) We can just take in tens of millions of refugees, and allow festering social and civil unrest beyond our southern borders to go unresolved, but is that either kind or wise?

The drownings have no business in a civilized world...but our world is anything but civil or civilized at this time. Maybe it never will be.

Yet one thing will NEVER solve this problem: if all sides of the political aisle in the United States, and if all sides and nations involved in the refugee crisis in Central America, do not talk OPENLY and PUBLICLY about preventing such tragedies, then we can expect more of these unspeakable deaths ...

… which is the least kind, and least wise, approach of them all.