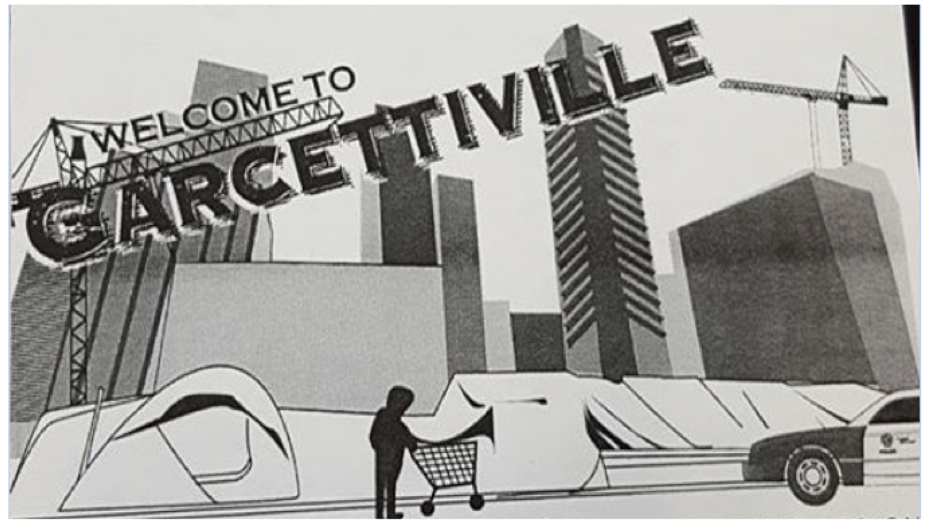 ALPERN AT LARGE--Funny how transportation, public health, and affordable housing advocates who are educated, mature, and focused on problem-solving ALL oppose the proliferation of homeless encampments (or as some law enforcement officers and other Angelenos call them, "Garcettivilles").

Blocking the sidewalks, public drug-dealing, urination/defecation, and the like help NOBODY.

They certainly don't help the homeless who choose to live there, despite the description of them as "unhoused residents". Enabling bad behavior is NOT the same as fixing a problem, and/or demanding that civilized behavior requires the recognition of BOTH our collective rights and responsibilities.

1) "Anti-vaxxers" hurt both themselves AND the rest of us by creating a measles crisis that was and is TOTALLY avoidable. The question of "on whose watch" are the homeless and measles crises metastasizing is a worthy one.

2) Ditto for the questions of why environmental impacts and climate change issues are being worsened by those campaigning and screaming as if THEY have all the answers in both the City of the Angels and the Golden State.

3) A very stark contrast exists between the northern and southern sides of Venice Blvd, between Globe and Tuller, and under the 405 freeway, as I noted in my last CityWatch article.

The southern side of Venice Blvd., which is in Culver City, a city that STILL respects its citizens, public safety, and the rule of law, is open for pedestrian use. The northern side, however, is in Los Angeles, and is clustered with homeless and is unnavigable.

In other words, the City of Los Angeles does NOT have to invite, encourage, and promote a lawless, dangerous, and entirely-unavoidable homeless/infectious disease crisis.

And we're looking at YOU, Mayor Garcetti and the LA City Council.

This really isn't a left/right political thing, so much as it is an adult/child thing with respect to confronting public policy and the laws of biology/science. 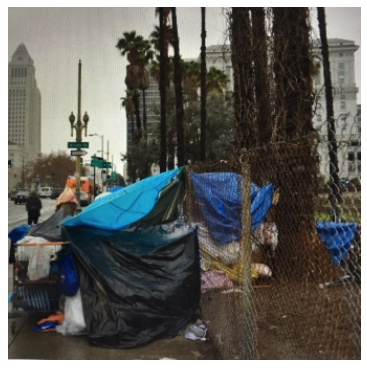 There are no shortage of left-leaning, Trump-hating, Angelenos who have made the Mayor and CD11 Councilmember--both once highly-popular west of the 405 freeway--personas non grata who both still believe that this  s will somehow weather over and "we'll just get used to it".

Because--as with those "anti-vaxxer" science-deniers--the facts are the facts about homeless as much as they are about measles, plague, cholera, etc. The facts about those who are homeless draw the same conclusion: "the homeless" are NOT all the same.

Infectious disease doesn't give a damn about your feelings or my feelings; all it wants is a vector and a population that allows it to proliferate. You don't need to take MY word about this as a doctor...just go back to any K-12 science/health class

Enter a world where those who choose to live in the "Garcettivilles" pursue unsafe living habits, and soon you'll get to say "hello again" to Hepatitis A, typhus, cholera, and plague.

Ditto for a global economy that allows for measles or other infectious disease from Third World countries which can more easily spread in populations that are no longer universally vaccinated.

It is only a manner of time before those who CHOOSE to live in the "Garcettivilles" initiate a public health outbreak (if YOU were homeless, would YOU live with those folks, or go elsewhere?)

So, the latest question to be answered is:

What the heck are the CD11 (Bonin) and CD8 (Harris-Dawson) Councilmembers doing proposing a motion to evaluate and potentially advocate for FEWER cleanups by City workers of the homeless encampments?

All sorts of false narratives and terms abound in this ridiculous motion:

1) The homeless are "unhoused residents".

2) The "unhoused residents" report the clean-ups are disruptive and punitive.

3) The "housed residents" and businesses near the encampments report the cleanups are ineffective and have little impact on reducing trash or blight (ya think, perhaps, it's because those choosing to squat there are allowed to come back within hours?).

4) The City employees report that the clean-ups are tense and sometimes confrontational (perhaps because they're dealing with flagrant and lawless-by-choice squatters?).

Again, it needs to be mentioned that Venice Blvd., on the southern Culver City side, is clean and appropriate for public use, while the northern Los Angeles side is unsafe (the homeless are now encamping upon the median), is evidence enough, and proof positive, that cities CAN obey the rule of law.

Meanwhile, the "City Leadership" of Los Angeles will continue to tell us that there is nothing we really can do, and that we just have to go on "taking it".

Because otherwise, we're mean. Cruel. Elitist. Racist. Walking around in our privileged world with blinders to the "real world":

2) Similarly, it must be presumed that the "anti-vaxxers" are biologically incapable of understanding that the autism risk in measles vaccines is non-existent, and that the certainty of measles (with its life-threatening and even life-ending pneumonia) is infinitely greater than the extremely rare side effects of very, VERY-well-studied measles vaccines.

Hence, we have both rights and responsibilities in a civilized society, nation, state, and city.

Here's to hoping that the Mayor and City Council won't again emasculate and undermine its law enforcement, to say nothing of undermining City employees whose job it is to enforcement both public health and environmental policies, in the City of the Angels.