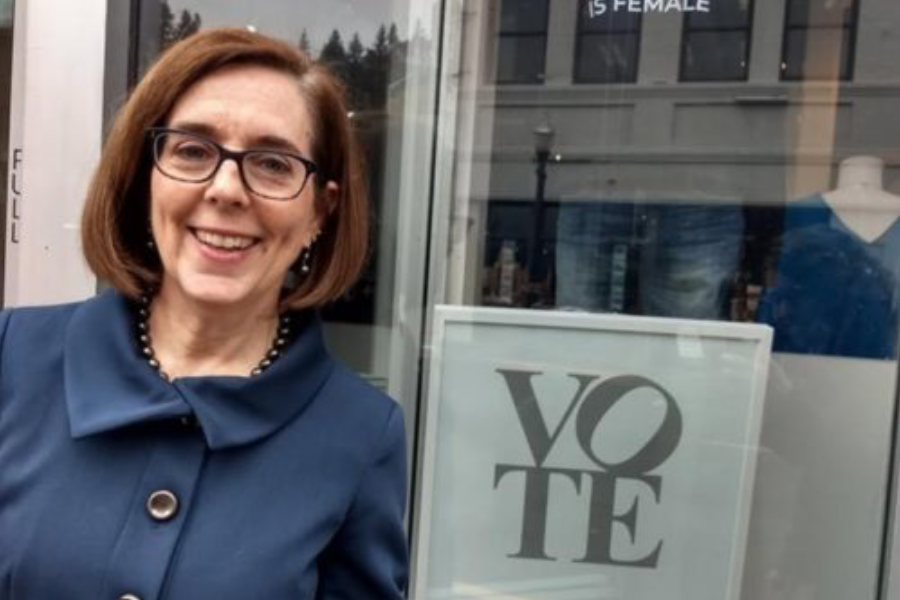 GENDER POLITICS--Four states announced this past week that they will join California in not imposing the transgender military ban on their National Guards.

Two months ago, the Guard told a legislative committee that they will not remove transgender people. (Photo above: Oregon Governor Kate Brown is America's first bi governor, Kate Brown.)

Now the governors of New Mexico, Oregon, Nevada, and Washington have said that they will do the same.

This past weekend, New Mexico announced that it would not going to kick anyone out of its National Guard for being transgender.

“We are not going to discharge any transgender individual from serving in our state National Guard, nor would this state ever discriminate against someone based on their gender identity,” said a spokesperson for New Mexico Governor Michelle Lujan Grisham.

Three other governors said that they will not enforce the transgender military ban when asked by The Daily Beast.

Out Oregon Governor Kate Brown (D) said that she was “appalled” by the Supreme Court decision that allowed the transgender military ban to go forward while it is being argued in court.

“I will use every option available to ensure that every eligible Oregonian, regardless of gender identity, can serve their state and country,” Brown said.

A spokesperson for 2020 Democratic presidential candidate and Washington Governor Jay Inslee (D) said that he “stands in solidarity with transgender Americans across the country.”

Until the ban is overturned, “we will continue to welcome transgender service members to the greatest extent possible under the rules. It’s our understanding that is what New Mexico is doing as well.”

A spokesperson for Nevada Governor Steve Sisolak (D) said, “The State of Nevada does not discriminate against anyone, including and especially servicemembers, based on gender identity or expression.”

“Governor Sisolak believes the only criteria to serve in the Nevada National Guard is one’s readiness to serve.”

It’s not yet known how much latitude state National Guards will have.

Every state, three territories, and D.C. have National Guard units, and all (except for D.C.’s) are controlled by their governors.

But they are still subject to federal law. The spokesperson for Governor Inslee said, “As a branch of the U.S. military, the National Guard is subject to the same federal eligibility rules everywhere.”