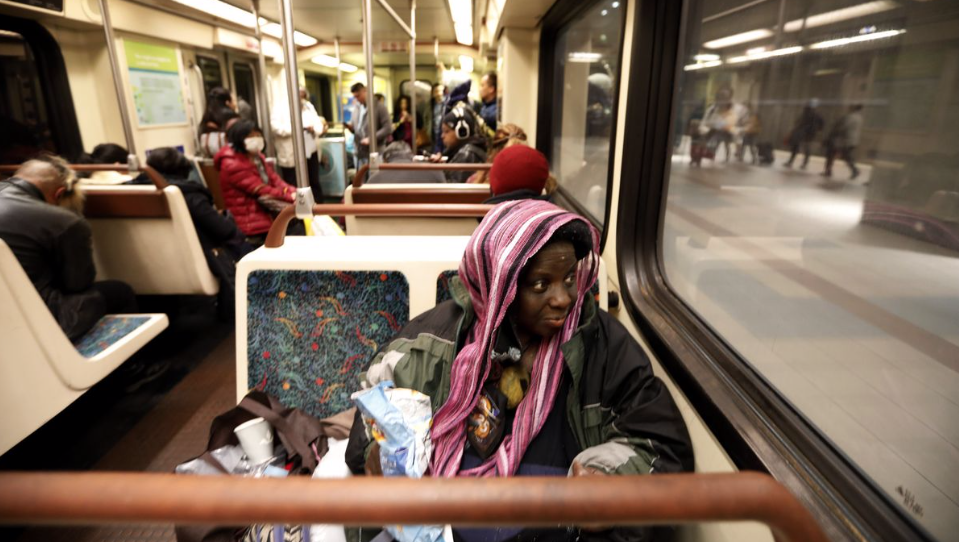 A total of four reports have been released, under the title A Critical Review of Los Angeles Metro’s 28 by 2028 Plan. Links are provided at the end of this article. More reports are to follow.

Rubin, former Chief Financial Officer at the Southern California Rapid Transit District (SCRTD) and founder of the Deloitte transportation practice, and Professor Moore have published extensively on transportation issues, and in particular, on developments in Los Angeles.

Background on the Rail and Busway System

Four decades ago (1980), Los Angeles County embarked on a huge rail transit development program, when the Los Angeles County Transportation Commission (LACTC) adopted Proposition A, which was enacted by the voters and took effect after successfully defending a California state Supreme Court challenge (Note). As a board member of LACTC, I was pleased to have drafted and introduced the amendment that created the rail funding set aside in Proposition A, out of a belief that such a system would alleviate traffic congestion in Los Angeles. Experience has proven otherwise, as traffic delays per commuter have risen 60 percent since the early 1980s, according to the Texas A&M Transportation Institute Annual Mobility Report.

Rubin and Moore demonstrate that building the rail (and fixed busway) system has cost considerably more than anticipated while the revenue from the multiple sales taxes passed by voters has fallen short of projections. Nearly $20 billion (not inflation adjusted) was spent on construction through 2016.

The net effect has been multiple and highly regressive sales tax increases, starting with the original 0.5 percent from Proposition A, and now with three more sales taxes approved (for a gross rate of 2.0 per cent). Yet, much of the proposed 1980 Proposition A system has not been completed. Proposition A fall far short of funding the 11 planned lines, fully funding only the Blue Line (Los Angeles to Long Beach light rail), and parts of the Red Line (downtown to North Hollywood subway), Purple Line (Wilshire-Vermont to Wilshire-Western subway), and the Green Line (I-105 Corridor). These lines were completed from subsequent tax increases.

Additional lines have been funded from the subsequent taxes, such as the Orange Line (San Fernando Valley busway), the Expo Line (downtown to Santa Monica), and the two Gold Line legs (downtown to Atlantic Blvd and downtown to Glendora). Other lines are under construction, such as a costly transit tunnel under Sepulveda Pass, the route of I-405.

Ruben and Moore conclude that: “Metro has a history of over-promising and then failing to deliver on such projects, ultimately making conditions worse for Los Angeles transit users.”

Obviously, the success of any transit program depends on the extent to which more customers use the system. Los Angeles had an enviable record in that regard in the decade before the adoption of Proposition A, and until 1985. Between 1970 and 1980, one-sixth of all new transit ridership in the nation was on the Los Angeles SCRTD bus system.

Rubin and Moore show that SCRTD ridership increased by more than 125 percent, from 218 million ridership in 1974 to 497 million in 1985 (Reports 1 and 2, below). This was accomplished by programs that lowered transit fares, and substantially increased service on what was, at that time, exclusively a bus system. There has probably never been such a large percentage increase in transit ridership for such a large transit system in modern US history.

Nearly two-thirds of the increase occurred between 1974 and 1980, when there was only modest tax support, at least in context to today. Between 1970 and 1980, there was federal funding as well as a ¼ cent sales tax, which was followed by three years of the first 0.5 percent sales tax.

Of course, I and others who supported the rail program anticipated that ridership increases would continue with the addition of rail (that’s of course, what the “experts” said would happen).

Driving Down Ridership with Rail

Finally, and most astoundingly, ridership, measured by “boardings,” has fallen as more rail has been opened (see below).

However, even that 21 percent ridership decline is optimistic. Rubin and Moore estimate that there has been an actual decrease in customers that is twice as much, 42 percent. This is because of the way transit ridership is reported. Passengers are counted each time they board a vehicle (boardings). Thus, if, for example, a passenger transfers from one bus to another traveling from home to work, the number of boardings is two, rather than one. Each transit vehicle, bus or rail, counts as a boarding. Some trips require the use of three or more transit vehicles.

Generally, the addition of a rail system tends to increase the number of transfers. This is because transit agencies, including SCRTD/Metro reorient their services so that bus riders are often forced to transfer to rail lines to complete their trips. The 42 percent reduction rate is based on the change in transfer rates from the early 1990s to 2004. During that time, the transfers per trip doubled. However, rail service has been expanded since 2004, and, as a result it’s likely the transfer rate has increased. This would suggest that the number of customers may be even lower than Ruben and Moore have estimated based on the latest, but stale data.

Regrettably, LACMTA no longer reports transfer data. This means that policy makers have no information on the number of customers using the system and how that has changed to the present.

Prospects for the Future

The four reports set the foundation for an evaluation of an Metro’s program, entitled “28 by 2028” program, which would complete 28 major projects by the 2028 summer Olympics, which will be held in Los Angeles. Ruben and Moore conclude that Metro has attempted to “accomplish too much too fast” and suggest a “high likelihood of making transit in Los Angeles County worse for transit riders and other users of the local surface transportation system.” They further suggest that the “implications are worst for the most vulnerable group: the very large number of low-income and otherwise disadvantaged residents who are strongly dependent on public transit in their daily lives.”

Links to the four reports are below.

(Wendell Cox is principal of Demographia, an international public policy and demographics firm. He is a Senior Fellow of the Center for Opportunity Urbanism (US), Senior Fellow for Housing Affordability and Municipal Policy for the Frontier Centre for Public Policy (Canada), and a member of the Board of Advisors of the Center for Demographics and Policy at Chapman University. This piece was posted first at New Geography, edited by Joel Kotkin.)