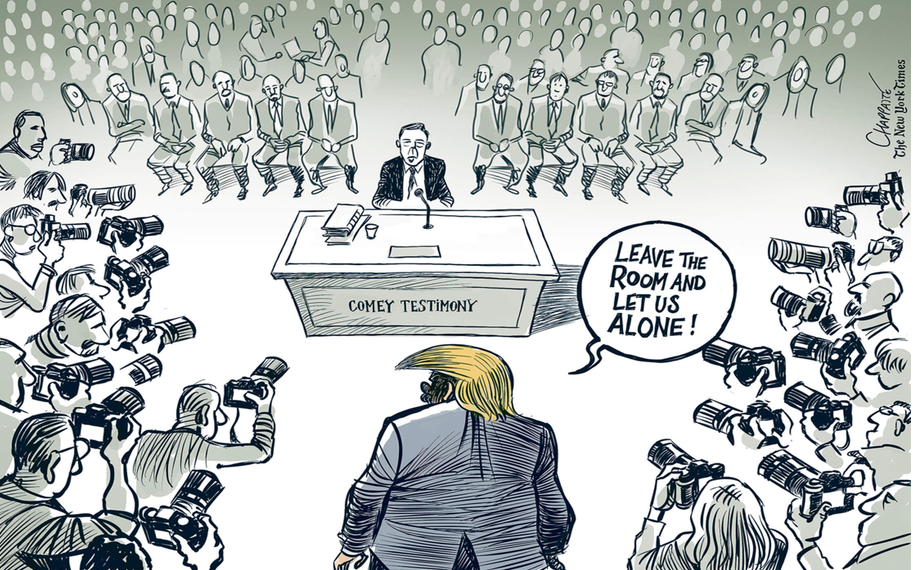 VIEW FROM HERE--As soon as the president stepped off Air Force One to bask in the afterglow of being vindicated by Robert Mueller’s report, he began by saying this “witch …” before catching himself and saying to reporters, “after a long investigation, after so many people have been so badly hurt, after not looking at the other side, where a lot of bad things happened, a lot of horrible things happened, a lot of bad things happened for our country, it was just announced there was no collusion with Russia, the most ridiculous thing I’ve ever heard.”

Putting first thing’s first, if Mueller’s investigation was just one monumental witch hunt, which Trump himself has claimed at least 170 times on record, then the findings of the report are irrelevant. If it was truly a witch hunt, then the results of this report are nothing more than a compilation of crazy theories and false conclusions. The prosecution’s motives were tainted from the start and the president was right all along.

In other words, if it was a genuine witch hunt, why should Trump care what Mueller said? Wasn’t the president exonerated, to begin with? Why does he need Mueller’s sanction? If the president truly believed that he did nothing improper — during the campaign and after he was elected — why was he so nervous that the report was going to be a bombshell? If there was nothing to hide in the first place, what is so significant about Mueller’s work in the end?

Ask the 12-year-old Guatemalan girl who was taken from her mother and detained in a warehouse for months just because she wanted to escape being raped and forced into a gang. Do you think she believes obstruction of justice occurred under Trump’s watch?

What about the families of soldiers in Afghanistan and Iraq, do you think they believed justice had been obstructed when the POTUS defamed and berated dead soldiers? Do you think Mr. Khan believed that justice was obstructed when Trump questioned his son’s loyalty to the United States?

Do you think the family of Otto Warmbier would argue that justice has been obstructed by a president who is unwilling to say that the North Korean dictator was responsible for their son’s murder?

How about the countless victims of Putin’s regime? Do you think those journalists who were poisoned on Putin’s orders were killed by someone who upholds international standards of justice?

Ask a transgender soldier or police officer if they feel justice has been obstructed when they are treated as second class citizens. Do they not put their lives on the line to defend Americans each and every day?

Or how about the women who Trump paid to sleep with him? How about all of those sexual encounters that led Trump to spend hundreds of thousands of dollars to silence them? Was justice obstructed when those women had their careers and even lives threatened by Trump’s personal fixer Michael Cohen?

I don’t think we need Mueller’s Special Counsel report to know that locking children up in cages is hardly an act of justice, or that the president has routinely acted outside of the acceptable bounds of a responsible national leader.

Ask those victims of the Christ Church massacre if white nationalism is on the rise. To say that it is not is an act of obstructing justice.

(George Cassidy Payne is a writer, social worker, and adjunct humanities instructor at SUNY.  He is a CityWatch contributor.)