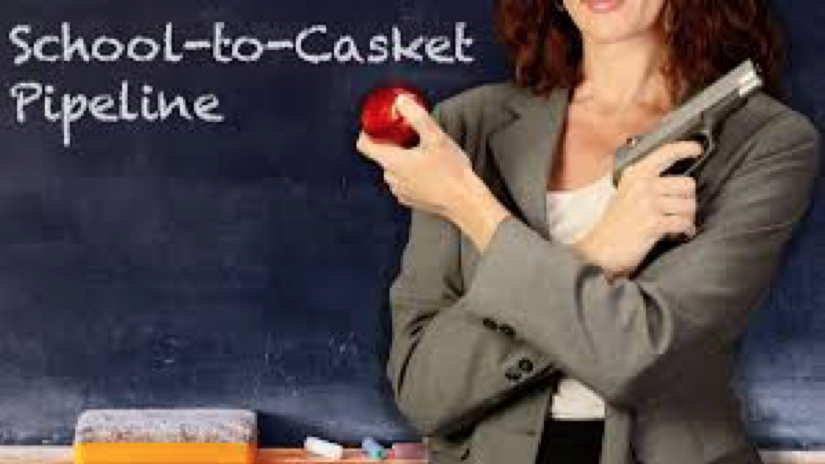 EDUCATION POLITICS--On May 22nd, 2014, Donald Trump announced to the world via his Twitter account that Hillary Clinton accused him of wanting to bring guns into classrooms.

Almost four years later, Trump tried to convince us that arming teachers while on school grounds is the answer to school shootings and massacres.

With the lack of laws and training regarding carrying and purchasing guns, more students are likely to die in schools if Trump’s ideas are applied. He argues that it will allow teachers to respond quickly to possible shootings and be better equipped to protect their students.

Studies show that aggression among students is more likely to increase while in the presence of a weapon which increases the chance of casualties. It perceives educators as killers as they are ready to shoot and kill at any given moment.

It also leads to the increase of behavioral issues as students are aware of its presence, which might lead to feelings of fear instead of feeling safe or a student trying to steal the gun and use it. Another potential consequence is the killing of teachers since the police are more likely to shoot whoever is in the possession of a gun upon being called to the scene

Whoever said that being in a classroom with armed teachers would make students feel safe? As a woman of color, I would not step foot in such a place nor would I want my daughters there. If mass shooters can buy guns and go on a shooting spree, what makes the teachers any different? They are humans as well, not angels with all the right answers to chemical equations and calculus problems. People get angry, have psychological problems and deal with struggles and pressure in different ways. And some go on shooting sprees.

Millions watched Senior Deputy Ben Fields grab a 15-year-old African American student from her seat by the neck, throw her to the ground, then drag her out of the classroom. You might have wondered if the girl had done something such as threatening the teacher or her classmates to warrant the police being called on her while still seated in her class. But nope, she did not. She had her cell phone out which was against the rules. She refused to hand it over which resulted in her being manhandled and humiliated at this rebellious tender age. Maybe we should care more about educating our teachers on adolescent’s mental health and how to mentor them instead of scarring them for life. Perhaps we should be certain our teachers and school officers are emotionally mature enough to work with children.

School is a place where children not only study science and history but also learn life skills, lessons, and values. What we should be doing is teaching conflict resolution in schools rather than punishment. Incorporating its practices among teachers, administrators, students and parents has been proven to result in higher grades, ability to solve problems, and higher self-esteem.
Help us bring conflict resolution education to our classrooms, not guns!