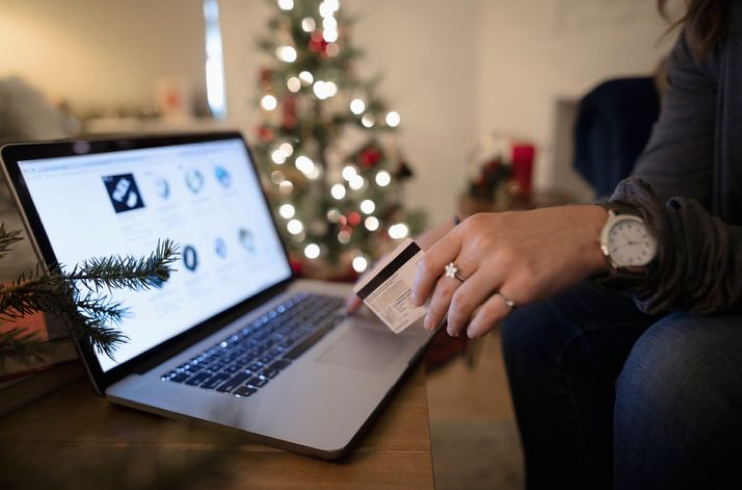 WELLNESS--It’s no secret people are obsessed with Amazon (remember the guy who went viral for getting his wife a birthday cake that looked exactly like an Amazon Prime package?). But more than that, they’re obsessed with online shopping.

Even more so this time of year when we can use the holidays and seasonal deals to justify the convenience and our spending.

However, for some, online shopping can transform into an issue where they’re buying items on a daily or even hourly basis. It’s estimated that about 5% of adults in developed countries struggle with compulsive, obsessive shopping — a condition some health experts have defined as buying-shopping disorder, or BSD. (Other estimates suggest 6% of the U.S. population has BSD.)

Some researchers are calling for the disorder to be formally classified as a legitimate mental illness, given that a significant number of people overshop to the point where it negatively affects their life. This is especially true with the prevalence of e-commerce. According to a new small study published in the journal Comprehensive Psychiatry, BSD has officially migrated into the online retail space. About one-third of patients seeking treatment for BSD in the study reported symptoms of active online shopping.

It’s important to note that the study was only conducted on a very limited group of people (122), so it’s hard to draw a definitive conclusion for a larger population. Experts are calling for more research on the condition, with many pushing for its recognition.

Rather than be considered its own mental health disorder, BSD is categorized as an “other specified impulse control disorder” in the International Classification of Diseases. Some of the experts urging that it be labeled as its own illness note that, much like compulsive gambling, it can have sometimes debilitating effects on people’s daily lives.

What turns shopping into a real mental health concern

BSD, also frequently called compulsive shopping, is essentially a mix of an addiction and impulse control disorder. According to Müller, the condition is characterized by an extreme preoccupation with and irresistible cravings for shopping. Most of the items people with BSD purchase aren’t needed or even used, and people wind up spending way more than they can afford.

The essential guide to taking care of your mind and body

While the impulses to shop are pleasurable ― even euphoric ― in the moment, it’s the aftershock that can be debilitating. Purchases are often followed by a downstream of negative consequences, including intense feelings of guilt, regret or shame. In the long run, it can put major strain on relationships and ruin people’s finances.

This isn’t to be confused with overshopping or overspending, which can happen to even the best of us from time to time. This doesn’t mean a person has BSD, said Elias Aboujaoude, the director of the Stanford Impulse Control Disorders Clinic.

“It’s not just folks with a compulsive buying disorder who have difficulty regulating online shopping, I think we all fall somewhere on that spectrum,” Aboujaoude said.

The difference is the mental health effects of the shopping habits and how it influences your life longterm.

BSD has been around for a while, but e-commerce is feeding it

Compulsive shopping isn’t a new problem. The issue can be traced back to more than 100 years ago when German psychiatrist Emil Kraepelin first defined it as “buying mania.” Since then, millions of people — including celebrities like Jackie Kennedy and William Randolph Hearst — have reportedly dealt with compulsive shopping.

When the internet first came around, people thought it would actually help people with BSD, according to Aboujaoude. There was a lot of optimism that buying online would protect people from all the in-store marketing gimmicks and bargain-hunting opportunities.

“Of course, this is not how it turned out. Marketing is much more sophisticated and micro-targeted online than it ever was in brick-and-mortar stores. You can shop around the clock, which also makes it more difficult to control,” Aboujaoude said.

In addition to the convenience of “one-click shopping,”, research shows it’s a lot easier to spend virtual money than physical cash. One study found that people spend up to 100% more when using credit instead of cash.

Some researchers attribute this to a concept called coupling, or how much a purchase is directly linked to the payment. When we pay with cash, we immediately know how much something costs — it’s directly coupled. With a credit card, there’s a time disconnect between your purchase and the payment itself.

“Anytime you can buy something with one tiny little click, the distance between you and your money is so much bigger that you’re just not as aware,” said April Benson, a New-York based psychologist specializing in overshopping.

All these compounding factors — the speed of online shopping, the vast options, hyper-targeting, the easy payment systems — feed the addiction part of the brain and result in a more severe BSD disorder, according to Müller. 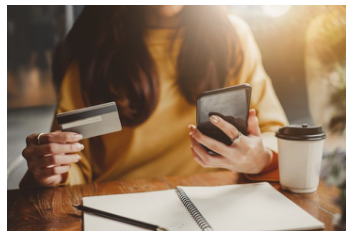 Here’s how to overcome BSD

Donald Black, a professor of psychiatry at the University of Iowa who has extensively researched compulsive shopping behaviors, recommended a few tips for people who want to get ahold of their shopping habits.

First, get rid of your credit cards or checkbook. “Easy credit fuels the problem and so does writing a check,” he said. Because of the coupling phenomenon, cash makes it easier to keep your spending under control.

Next, avoid shopping alone. Most people tend to not compulsively shop when they’re with others, he said.

Black also recommended replacing shopping, which can become a time-consuming pastime, with another meaningful and less expensive activity. Try going for a walk, picking up a new fitness hobby, volunteering or dabbling in a new creative craft like knitting. (Bonus, all of these activities have been shown to boost your mental health.)

Benson, who counsels people with shopping addiction issues, tells her patients to write down everything they spend money on each day and score each item based on how necessary they deem it to be. The goal, she said, is to teach people how much money they could be saving if they only bought the necessary items.

Additionally, Benson encourages her patients to use Mentegram, a therapy app, when they feel an impulse to purchase something. It helps coach them through the shopping urges by walking them through the underlying triggers and potential consequences.

The urges to shop should eventually dissipate, especially if you don’t keep feeding it, Benson said. She added that you need to take some concrete steps in order to make progress and overcome what can be a really crippling disorder.

“I think this statement has a lot to it and really is the crux of the matter: You can never get enough of what you don’t really need,” Benson said.

(Julia Ries writes for HuffPost … where this piece was first posted.)