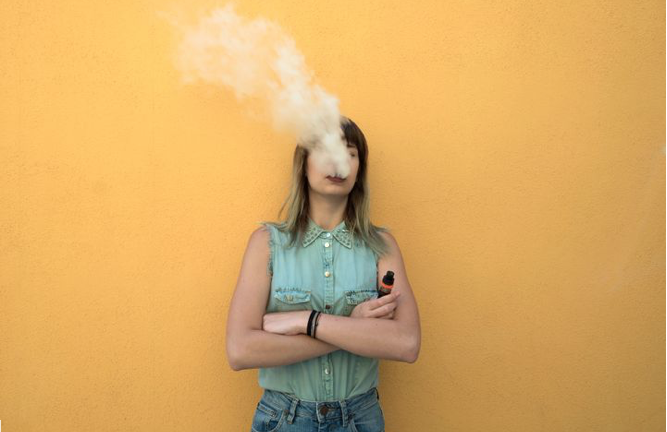 WELLNESS--By now, you’ve probably read a horror story or two about vaping. It’s in the news every day ― you can’t miss it.

People ― mostly teens who’ve frequently used e-cigarettes ― are ending up in the hospital in a fight for their lives. One boy’s lungs were so damaged that doctors said they looked like those of a 70-year-old who’d smoked his entire life. Another teen’s e-cigarette exploded in his mouth, shattering his jaw. One 17-year-old unexpectedly died after developing a severe respiratory illness linked to vaping. And overall, there have been more than 25 deaths and 1,299 vaping-related lung injuries, according to the Centers for Disease Control and Prevention.

The small USB-like devices were so well-marketed as a safer alternative to cigarettes that it’s no wonder people scooped them up in droves. Now, people are hooked and paying a scary price for it.

Medical researchers are hustling to understand exactly what happens to the body when it’s exposed to e-cigarettes and why people are getting so sick. “Our understanding of the exact biology that is happening in the disease is still in its very early phases,” said Angela Rogers, a pulmonologist at the Stanford Chest Clinic.

Here’s what we know so far about how vaping affects your body and brain:

You feel the buzz.

Let’s start with what attracts so many people to vaping in the first place: the buzz. Both nicotine and marijuana-based e-cigarettes can make you feel good, as they release yummy chemicals in your brain (think dopamine and serotonin). This causes people to feel a pleasurable high.

Quick point: if you’re vaping something with tetrahydrocannabinol (THC), the psychoactive chemical in marijuana, the high you get will be more intense than the buzz you get from nicotine, naturally.

Vaping isn’t really a one-and-done sort of deal. Nicotine alone is extremely addictive ― it’s the third-most addictive substance after heroin and cocaine, according to health experts. Put it into an e-cigarette and it’s even more addictive.

That’s because the newer vaping products are “engineered to easily deliver more nicotine to the brain, faster, with less harshness,” said Bonnie Halpern-Felsher, a pediatric physician with Stanford University and the founder and director of the Tobacco Prevention Toolkit.

This is especially true for young people, whose brains are still developing and remain very vulnerable to nicotine exposure. “Given that brain development continues until the age of about 25, youth are significantly more likely to become addicted to nicotine than are adults,” Halpern-Felsher said.

Nicotine is far more addictive than THC, but the same principle applies to weed-based vaping products. The more you use it, the more you may crave it.

You may experience withdrawal symptoms.

This goes hand-in-hand with the addiction point: Some people will start to experience withdrawal symptoms if they don’t vape regularly. Those symptoms include sweating, nausea, headaches, irritability and insomnia. And they more or less feed the addiction cycle.

“If you smoke, you get the drug effect quickly, but then a short time later the effect has worn off. Then you might get a craving to get the drug effect again or take the drug to prevent withdrawal symptoms,” explained Stephen Baldassarri, a Yale Medicine pulmonologist who specializes in treating people addicted to tobacco and nicotine products.

Compare this to the patch, which delivers nicotine slowly over the course of a day. The patch’s long-lasting effect slashes your chances of going through withdrawal.

Your lungs take a beating.

As noted, experts don’t really have much hard data on what’s going on in the lungs when you vape. But, anecdotally speaking, those who vape damage their lungs and suffer respiratory issues. Think coughing, shortness of breath and lung inflammation.

Early evidence suggests those results are related to all the additives in e-cigarettes.

“There may be acrolein in the vapors, a herbicide used to kill weeds that can cause acute lung injury, chronic obstructive pulmonary disease (COPD), and cancer and asthma. The e-liquid fillers in vapors, propylene glycol and vegetable glycerin, are toxic to lung cells,” said Melodi Pirzada, the chief of pediatric pulmonology at NYU Winthrop Hospital in Long Island, New York.

There’s also a flavoring called diacetyl, which has a buttery taste. This chemical, Pirzada said, has been linked to a condition called bronchiolitis obliterans, which can cause irreversible scarring of the lungs.

Your eyes may burn.

Vaping releases rough chemicals into the air — like formaldehyde, acrolein and acetaldehyde — which can irritate your eyes. Expect to feel a watery, burning sensation that can eventually lead to your eyes becoming dry and bloodshot, Pirzada said.

It’s even worse for people who wear contacts, according to the American Optometric Association. The increase in blood pressure that vaping triggers can also damage the blood vessels in the retina ― a condition known as hypertensive retinopathy.

After a few puffs, your blood pressure and heart rate will pick up. Because of this, long-term vaping use can put you at a higher risk of experiencing a heart attack, stroke, angina and heart disease.

This is true with any nicotine product, but because vaping devices get the nicotine pumping through your body so quickly, your heart rate rises even sooner with vaping than with traditional smoking or chewing tobacco.

Your teeth and gums may become irritated.

Lastly, vaping seems to harm the teeth and gums. Previous research has found that the aerosol component in e-cigarettes contributes to the growth of bacteria on tooth surfaces. In other words, vaping could very well give you cavities.

Another study discovered that vaping is linked to gum inflammation. It’s a known contributing factor to periodontal diseases, which over time can cause your gums to recede and bleed.

Basically, vaping can put your body through the wringer in multiple ways. We still have a lot to learn about e-cigarettes, however, and health care providers are now trying to better screen patients for vaping-induced health issues.

If you experience any irregular symptoms after vaping, mention them to your doctor. Most health experts recommend steering clear of e-cigarettes entirely, at least for the time being. “Avoiding vaping entirely is our strong advice,” Rogers said.

(Julia Reis writes for HuffPost … where this piece was originally posted.)