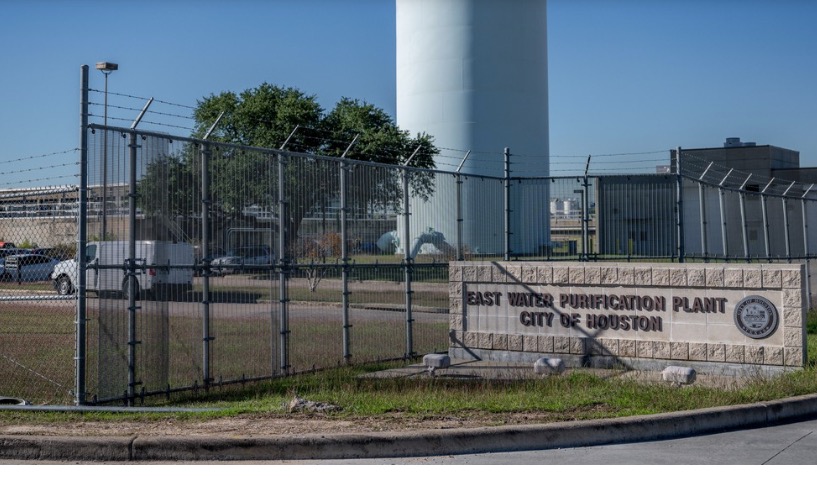 ENVIRONMENTAL CRISIS - "Would have been nice to know BEFORE my little girl showered, drank water from the tap, and brushed her teeth this evening," said one mother after authorities took at least six hours to notify more than 2 million residents of the advisory.

Houstonians voiced outrage Monday after authorities took six hours to issue a boil water advisory to more than 2.2 million residents of Texas' largest city—and the nation's fourth-biggest—in the wake of a power outage at a purification plant.

"I learned about the boil water notice in Houston from a monkey."

The Texas Commission on Environmental Quality said that a power outage occurred at East Water Purification Plant in Galena Park at 10:30 am on Sunday, causing water pressure to drop below the minimum required pressure of 20 PSI.

Six hours later, the city issued the advisory and posted on social media: "A boil water notice has been issued for the city of Houston. Everyone should boil the water before drinking, cooking, bathing, and brushing their teeth."

Many residents did not receive the city's notice until Sunday night. Responding to the late warning, journalist José de Jesus Ortiz wondered, "How and why in the hell did Houston officials wait until around 8 pm tell citizens that there was a power outage at a water plant in the morning?"

Clint Barnette, a geologist, tweeted: "The city of Houston has everyone's email address that has a water bill. We all pay it online. It's beyond unacceptable that we don't have an email from them saying there's a boil notice. No fucking excuse."

Meteorologist Casey Curry posted: "Seriously! Low water pressure THIS MORNING and you are just now letting us know to boil our water because it is unsafe. Would have been nice to know BEFORE my little girl showered, drank water from the tap, and brushed her teeth this evening."

Houston Public Works Director Carol Haddock explained that city officials needed to consult with the Texas Commission on Environmental Quality and review data about the water before notifying the public. Haddock also said there is no evidence of any contamination.

"The reason we're doing the water boil notice is it's a regulatory requirement," Houston Water Director Yvonne Williams Forrest said in an interview with KHOU, adding that the warning was issued "out of an abundance of caution."

Speaking during a Monday morning press conference, Houston Mayor Sylvester Turner, a Democrat, said that the advisory may remain in effect until Tuesday. Meanwhile, the Houston Independent School District canceled classes for Monday.

Some took aim at the Republicans who run Texas, with one Twitter user quipping, "Houston, where the federal government can provide space travel, but the local Republicans can't provide drinking water."

Calling out Ted Cruz and John Cornyn, Texas' Republican U.S. senators, the advocacy group Center for American Progress Action said that "the entire city of Houston is under a boil water notice after a power outage at a water treatment plant, 2.3 million people don't have access to clean water. Resilient infrastructure matters—so why did @tedcruz and @JohnCornyn vote no on the Bipartisan Infrastructure Act?"

The Houston area has suffered from multiple water crises in recent years, including deadly brain-eating amoebas in Lake Jackson's drinking supply and millions of pounds of toxins spilled from petrochemical and other industrial sites during Hurricane Harvey.

(Brett Wilkins is a staff writer for Common Dreams where this article was first published.)