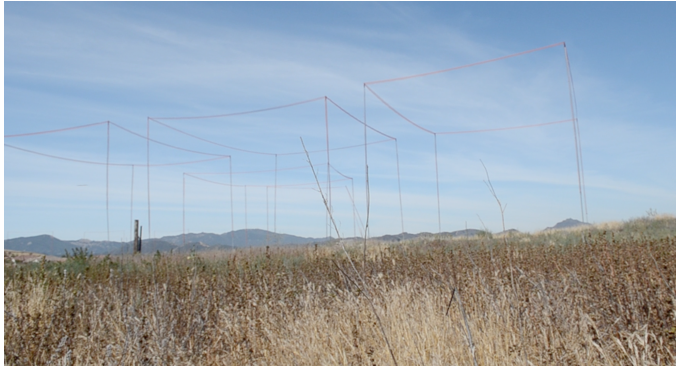 THIS IS WHAT I KNOW--This past July, I covered the aggressive actions The New Home Company had taken to prevent members of Save Malibu Canyon [[ http://www.savemalibucanyon.com/ ]] from gathering the necessary signatures to place a petition on the November ballot. The petition was viable because the proposal required both a zoning change and a general plan amendment. The 16-acre parcel, which is at Las Virgenes and Agoura Roads, would require hillsides to be altered to stabilize an ancient landslide.

The petition drive was successful and Measure F appears on the November 8 ballot. Should the “Yes” on Measure F succeed, New Home Company would get the green light to the construction of Canyon Oaks, a development of 71 homes and a three-story hotel. A “No” vote would “send the development company back to the drawing board.

On the surface, this seems as business as usual for developers but the story has some unusual quirks that give residents pause to take notice. The New Home Company has proposed an alternative project should the measure fail, which would include 205 residential units and 150,000 square feet of commercial space. The campaign to support Measure F focuses on avoiding the alternative higher density plan. Supporters claim the higher density project would increase traffic.

It’s not unusual for developers to threaten to build a more significant project to get the go-ahead but what’s eye-opening here is that a sitting council member (and the city’s general manager) have been actively lobbying on behalf of the project and in support of Measure F. In fact, Council Member Fred Gaines, has sent at least one e-mail and has appeared on a robocall funded by the New Home Company to support Measure F.

Fred Gaines, per his law firm website, is “the Founding and Managing Partner of Gaines & Stacey LLP, a San Fernando Valley-based law firm, which specializes in land use, zoning, environmental law, related litigation and political advocacy.” The firm provides counsel to property owners and real estate developers and Mr. Gaines has concentrated his practice “in a variety of areas, including administrative approvals, environmental review of development projects and litigation involving development projects.

When developer Richard Weintraub proposed the Rondell Oasis hotel project next to the 101 Freeway at Las Virgenes Road last spring, Gaines recused himself from discussions because his law firm had represented the developer on other projects.

Although the Gaines & Stacey client list does include a roster of developers, he doesn’t appear to represent The New Home Company as a client. However, he appears to be committed to supporting commercial development in the city. According to Calabasas City Planning Commission minutes from a regular meeting (December 2013), then-mayor Gaines announced he had convened a special meeting of sixty real estate brokers to present them with “the last handful of parcels available for commercial development in the city and we told them what we want,” urging them to “bring us a hotel.” That same month, The New Home Company submitted an application for the residential units and a four-story 120-room hotel. (The hotel project was later limited to three stories.)

Gaines does not stand alone as a vocal proponent of the project. City Manager Tony Coroalles promoted two proposed hotel and residential projects to be located on the city’s west side in The Acorn newspaper last December, stating that “the entire City of Calabasas can use the revenue generated by the bed tax from these properties. We recently lost a significant source of revenue when Spirent moved out of the city and we are taking on a significant new expense with the opening of our new senior center.”

Although the City’s General Plan would allow up to 180 housing units and 155,000 square feet of development at that site, maximum buildout would need to be approved by city officials. Opponents of the measure cite that geological and biological constraints would limit what could be developed on the property.

The General Plan also states that the city “will not sacrifice the area’s natural environment or its residents’ quality of life in the pursuit of municipal income.” Tax revenue, state opponents to Measure F, is not a reason to approve development.

In addition, a city council member and city manager should not be actively lobbying for development despite environmental and quality of life issues for residents on the west side of Calabasas.