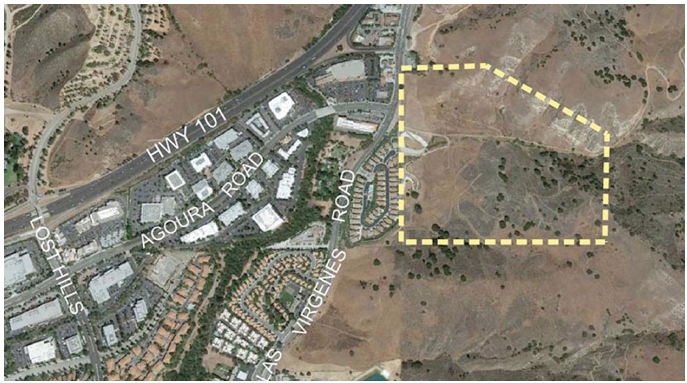 THIS IS WHAT I KNOW--If you’ve ever taken Las Virgenes Road to the beach, you’ve probably noticed the golden hills of the California landscape. Over the years, development has added apartment and condo communities, and a gated community. More recently, you may have noticed poles indicating a development in the works, as well as signage about a boutique hotel to be built on what was an empty space.

A drive through just about any Southern California area these days includes some sort of development, new homes or mixed used space. There’s a push and pull to change. Each city and county has General Plans that are supposed to guide the short- and long-term land development and usage. However, when we add large sums of money into the mix, things change. Plans are somehow obscured.

I’ve been covering grassroots activists groups throughout the city who are focused on maintaining the integrity in their neighborhoods, balancing affordable housing with open space and issues like density, parking, and traffic. I’ve listened to concerned residents detail how their trees were collateral damage during a demolition that weren’t even aware was happening or a soon-to-be designated historical cultural landmark being razed to make room for a McMansion or condos.

Typically, developers hide behind land-use attorneys or city council people and staff with whom they appear to be cozy. That’s what makes the contention between The New Home Company and a group of Calabasas signature-gatherers especially interesting.

The New Home Company, says Malibu Canyon Community Association president Mary Hubbard, has been working to prevent members of Save Malibu Canyon from gathering the necessary signatures to overturn Canyon Oaks, a three-story hotel and gated community of 71 homes at Las Virgenes and Agoura Road that was approved by Calabasas City Council in a 3-2 vote last month. The development, which required significant grading, would be built on a 77-acre vacant lot on the Las Virgenes corridor.

On July 9, deputies from the Lost Hills Sheriff’s Station were notified to intervene in a dispute at the Albertson’s shopping center between petition gatherers and several supporters of the project. Save Malibu Canyon had been granted permission to set up a table outside Albertson’s but six representatives of New Home positioned themselves to block the volunteers from approaching customers. The representatives also handed out fliers promoting the project. The Save Malibu Canyon volunteers said the New Home promoters were calling them names and intimidating shoppers so police were called in.

“The most disingenuous thing they’ve done is to present that the only alternative would be maximum buildout for that property,” explains Hubbard. “Nothing could be further from the truth. It doesn’t make sense. We’ve shown up at city council meetings, commission meetings begging for a much smaller development. To present that we’re advocating for a maximum buildout is what has offended us the most.”

Hubbard adds, “The city council should never have approved this project. Three people voted against what 99 percent of the residents who testified wanted. That’s why a direct democracy is important.”
If the referendum makes it to the ballot, city officials can either rescind their approval or refer the vote to election. Calabasas City Manager Tony Coroalles has said if the Canyon Oaks projects fails, the landowner would bring a larger project of up to 180 residential units and 155,000 square feet of commercial place, permitted in the General Plan. Coroalles adds that a larger project would severely impact traffic and that there is no demand for retail and office space in the western part of Calabasas.

“From the city’s perspective, this (Canyon Oaks) is absolutely the best project we could hope for on this site… Something will be built,” says the city manager. Hubbard disagrees with the city manager’s assessment. “The only way this could be built to maximum entitlements is if the city council approves. Previous city councils have not approved projects that were too big for the property,” she says. “A Home Depot was proposed and previous council let the developers know this is a wildlife corridor with landslides, a hillside. What we are asking is to scale back the project to either a hotel or homes; not both. Now, the city is spreading misinformation. There is no reason a competent city council would approve of a maximum buildout on that property.”

“We showed the city council other chains who have done beautifully designed two-story hotels with meandering walkways, nestled into the surroundings so then project doesn’t urbanize the area, which is the gateway to the Santa Monica Mountains. This project is next to a residential area, which the city rezoned to commercial,” she adds.

Hubbard says the city used an illegal roundabout to get around Measure O, an open-space initiative passed by Calabasas voters. “Measure O requires rezoning is supposed to go to a vote before the people in this case. The city got around this in a convoluted way. In order for houses to be built where there is possibility of a landslide, they had to do extensive grading, over 2 million yards of cut and fill. They scoop out the dirt on hills to fill in the valleys and make it flat. The city presented this as a ‘health and safety issue to rationalize this. We are filing a lawsuit because we think this was illegal.”

“If people vote against this, the project will be undone completely. They won’t be able to bring this forward for another year and it will send a message to the city council that they cannot ignore the citizens who testified and begged them not to approve, not to change the zoning and the general plans. They ignored us and did it anyway. We don’t think we have a good representative government,” Hubbard says. “A city survey concluded that preservation of open space and the view shed was the highest priority for 80 percent of residents surveyed. We moved here to escape over development. We aren’t asking for money or to build more buildings, whether preschools or senior citizen centers. The city council needs to listen to our priorities. Preservation of the natural environment has always been our priority.”

Supporter’s opportunity to sign the petition and help get the initiative on the ballot in November have until July 22. The clock is ticking.