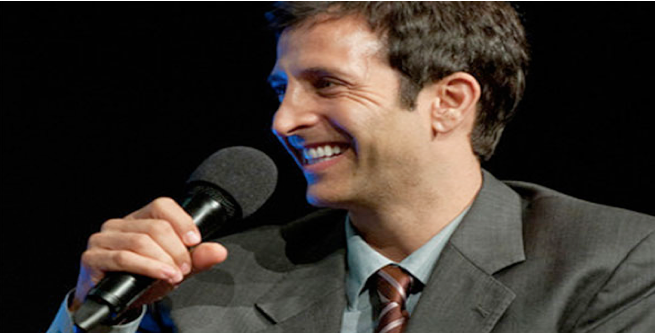 THE GUSS REPORT--Los Angeles Mayor Eric Garcetti has reappointed Roger Wolfson to the LA Animal Services Commission, which City Council will undoubtedly unanimously reconfirm on Tuesday. An attorney and television writer whose last IMDB credit was in 2012, Wolfson had no qualifications or prior experience when first appointed, and has since that time failed to consistently attend the twice monthly meetings or do much of the work of a Commissioner except for his self-described “personal” humane pursuits.

“He’s so arrogant that [he] can’t seem to be bothered to show up at all very often,” said Marla Tauscher, an attorney involved in humane affairs inside and outside of the city, and who recently filed suit against LAAS. “In the last 4 meetings I’ve attended, he hasn’t been at three and was late to the fourth. If he’s so busy he can’t make it, he should resign. It’s not as if we can’t live without his searing insight.”

In 2015, of the 22 LAAS meetings that Wolfson was supposed to attend, he was either absent (4x) or late (5x) 41% of the time. And it is tough to tell whether he rolled out of bed in time for the 10am and occasional 7pm meetings in 2014 because he refuses to force LAAS to post the meeting minutes for that year, 76% of which are still missing from the LAAS website.

In 2014, Wolfson did offer a written observation about LAAS before he acknowledged that he was warned that one does not criticize LAAS when on the Commission.

To date, Wolfson’s “best” resulted in none of those holes being plugged or even addressed honestly, including:

Wolfson’s delinquency is treated differently than was that of his predecessor Ruthanne Secunda, a wealthy literary agent who was terminated from the appointment when it was discovered that she voted on city leash and licensing laws while disregarding both herself.

Councilmember Paul Koretz, at that time, wrote in an email,  “A Commissioner violating a leash law and license law that she voted on or at least clearly knew about is unacceptable. The fact that she acted once she was caught and licensed her animals shouldn’t impress anyone…. Your commissioner is an idiot and absolutely should go.”

Later in Koretz’s email, he erroneously referred to me as a “moron” for pointing out Secunda’s failures, and somehow concluded that it was a criticism of the LAAS GM. Note: Koretz at first denied writing the email, but apologized in person after being shown a copy of it.

At the last Commission meeting that Wolfson actually attended, he called for more nighttime meetings that are held at the local shelters, but simultaneously tried to reduce the amount of speaking time that local attendees could use to share their concerns, rendering such meetings moot. Why have meetings in the community if you are not dedicated to listening to the community?

Wolfson, who did not respond to requests for comment for this article, also admitted the emotional atmosphere in the shelter is so "intense" that sometimes he can't go back for several weeks.

(Daniel Guss, MBA, is a contributor to Huffington Post, KFI-AM 640, Los Angeles Times, Los Angeles Daily News and other publications. He blogs on humane issues at http://ericgarcetti.blogspot.com/.) Edited for CityWatch by Linda Abrams.