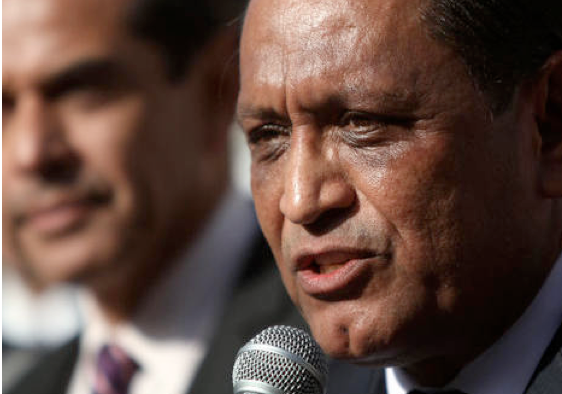 LET’S TALK NELA--A regular topic of discussion in North East LA (NELA) is what to do about rogue councilmember and carpetbagger-in-chief Gil Cedillo. His obstructionism famously keeps Figueroa Street a slaughter alley lined by scattered shops struggling vainly against economic desolation … while José Huizar’s York Boulevard, nurtured by its road diet and bike lanes, thrives. York’s shops and eateries host crowds that often spill out onto the sidewalks, where folks can actually dine, stroll, and window shop without feeling hemmed in by manic traffic. Meanwhile, Cedillo’s Figueroa sees firefighters mopping blood off the streets all too regularly, while his cabal of NIMBY ranters keeps him bloated with the odd turbulent pride of stubbornness.

Although the man has his supporters, the community, by and large, would love to see Cedillo replaced. The man squeaked in by around 800 votes, after a campaign whose promises he discarded like so much used toilet paper once in office. His campaign funds came almost entirely from outside the district, and real-estate developers of the more rapacious sort figured largely in his financing. His tenure in office has been marked by photo ops and “No” votes, though he did add some plastic trash bins to the streets…and now he wants to amend the city’s Mobility Plan 2035 to make it more of a Mobility Plan 1955, at least in CD1.

Clearly, Cedillo is not acting in the best interests of the district, or of the city as a while, and is perhaps in violation of the state’s Complete Streets Act.

But few locals want to run against him and his well-financed machine. The community may have to draft someone…and I won’t be the first to suggest that that someone could be Josef Bray-Ali, publisher of this blog.

True, Bray-Ali has written and said some immoderate things in the last couple of years—an understandable reaction to the betrayals and frustrations imposed on the community by Cedillo (watch this video of Cedillo, while in full prevarication mode, touting “real bike lanes,” Copenhagen-style, as a must for LA—even as he prepared to backstab us). One can understand a few flashes of verbal temper under the circumstances.

More to the point is Bray-Ali’s position in the community: he has lived in CD1 for over ten years, owns a small business on Figueroa, and was even a developer himself—not the sort building outsized megablock monstrosities, but partner in a firm dedicated to intimate, low-impact neighborhood-scale projects. He has even written about parking and development for the Los Angeles Business Journal (unfortunately, the article is behind a paywall).

He is the son of an immigrant, speaks usable if inelegant Spanish, has plenty of contacts at City Hall, and truly cares about the community and all its stakeholders. It would be an uphill battle, but he would be a very good council member, one who would keep the best interests of the district, the city, and the region (which are all, of course, tied together) always in mind. He’s far from being “just a bike guy”—I’d say he knows LA’s municipal code better than most people currently in the administration. Small business, traffic safety, neighborhood health, beneficial development, parking and transportation—Bray-Ali sees them all in the context of community . CD1 could do worse—and has.

Josef, do you feel a draft?

(Richard Risemberg is a writer. His current professional activities are centered on sustainable development and lifestyle. This column was posted first at Flying Pigeon.)