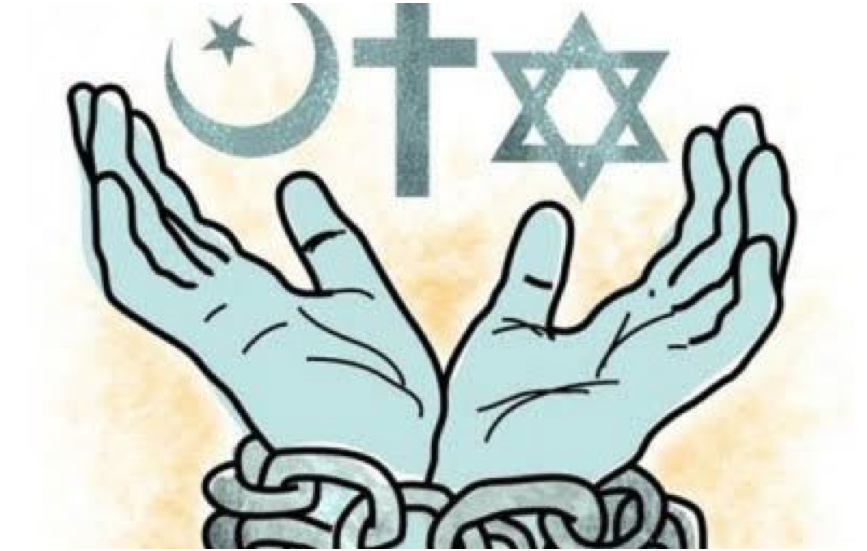 CORRUPTION WATCH-The most dangerous notion in Western Civilization is the idea that one religion or one people has an exclusive lock on The Truth.

When isolated tribes held the conceit that they alone knew the Truth, their lack of power over other peoples limited the harm such a self-centered idea would cause other people. In 325 CE the Emperor Constantine I, however, wanted a single religion to help unify his empire so he called the Council of Nicea demanding that all the Christian sects agree upon one dogma. He did not care what beliefs they decided upon as long as they all agreed. Central to Christian dogma was that salvation could be had only by belief in Jesus Christ and all non-believers were damned to Hell for eternity.

Other peoples did not necessarily believe that salvation was desirable or even necessary. In the Greek world, for example, one could follow a number of different gods. Jews who believed in one God did not believe that other peoples had to follow their ways. Jewish law was for Jewish People and others could be wonderful people. For non-Jews, there was the Noahide Code.

After the Council of Nicea, Western Civilization adopted the Christian archetype that all mankind was divided into two groups: Christians, who were saved by their belief, and everyone else who was damned. Constantine was correct that a single religion could be a unifying force, but from this has arisen an adverse ramification – the Us vs. Them Mentality.

When the world is divided between the Good Saved vs the Evil Damned, the Saved see everyone else as Evil. Burning people at the stake was holy as it purified the souls of the evil ones. The dichotomy between the Saved and the Damned was adopted by the Nazis; it was the Aryans and everyone else. The Nazis psychologically replaced Jesus the Son with Hitler Der Fuhrer and replaced God the Father with the State Das Vaterland.

The danger to civilization when any people dichotomize the world into the Saved and the Damned is that any action against the evil is justified. If we are good, then anyone who disagrees with us is evil.  We see this approach in the actions of Congressional tea baggers where governing by compromise is considered giving into the devil. Trump supporters are demonized as all evil, while many Democrats see themselves as blameless for everything.

Although Abraham Lincoln in his House Divided Speech was referring to a nation which was part free and part slave, his warning that a nation divided against itself cannot long stand was accurate. We are inching closer and closer to a situation like the one that has plagued Muslims for centuries with their Sunni-Shiite split. Each side is convinced it is totally virtuous and the other side is totally depraved.

Most Democrats cannot admit their role in bringing the nation to this sorry state and insist on total condemnation of GOP. Meanwhile, many in the GOP see Democrats as trying to destroy the nation by admitting hordes of “Them” into the nation. They decry open borders are allowing tens of millions of criminals to rush into the U.S., raping and pillaging and forcing us to use drugs.

While the religious right is more susceptible to the belief that it alone knows the Truth, this archetype pervades our society. Hillary Clinton exhibited it by calling White people who had been financially devastated by the pro Wall Street policies of the Obama Administration “deplorables.” When people have a dichotomous world view, they can easily dismiss the suffering of others. In fact, under Calvinism, being poor is taken as a sign that God had predestined one who is then damned and hence deemed wicked. Calvinists like Donald Trump are convinced that they have been Saved, and thus, everything they say and do is done through the hand of God. This fundamental thought pattern implies that God has predestined that certain toddlers are not “saved.” Consequently, treating them like criminals is God’s will. On the other hand, many other Americans believe that Trump’s cruelty is the mark of Cain.

The mistake of the Democrats’ world view is their refusal to admit the role Democrat policies have played in setting the stage for the current predatory abuse of children. The seeds of the current nightmare were sewn by the Obama Administration when Obama made Timmy Geithner Secretary of the Treasury and followed his reactionary, pro Wall Street economic policies.

All educated people knew the threat to the nation during the Great Depression and that FDR’s had stopped us from following the paths of Hitler and Mussolini by turning away from the Wall Street bankers. Obama’s lavishing trillions of dollars on Wall Street while shunning Main Street and shipping their jobs overseas risked a revolution. Although we fail to recognize it, we are living in a post-revolution society. All the rules of governance have changed. Isn’t that the true nature of a revolution?

The Declaration of Independence strove to ensure America was based on the inalienable rights of individuals, that its people had the right to abolish the government when it ceased to protect those rights. The inherent danger to our society in the Us vs Them world view is that it rejects the concept of individual inalienable rights, and instead favors Group Rights. Those who fall into the Saved Group have all the rights and those who have been relegated to the Damned Group have no rights.