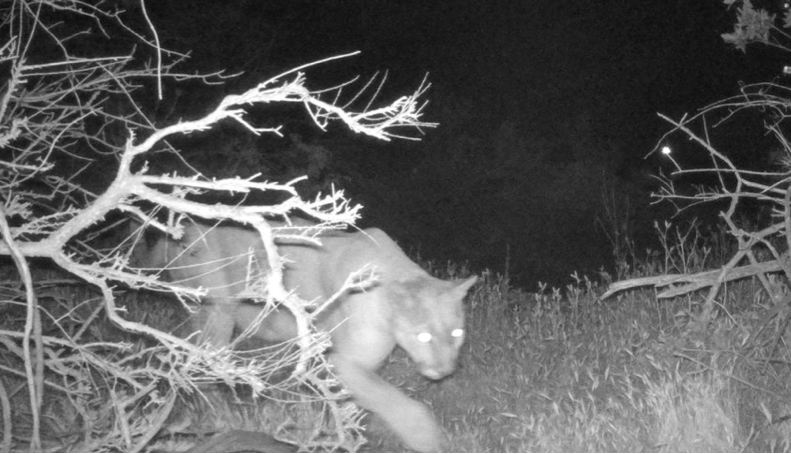 DEEGAN ON LA-Just like Angelenos who whiz around the city in their vehicles, our hillside-dwelling wildlife also have transportation needs.

Instead of Caltrans mapping out freeway routes, animals -- including mountain lions, coyotes and deer -- must fend for themselves by beating well-worn paths through the Santa Monica Mountains, tracks that existed long before hillsides and canyons became a favored habitat for humans. The squeeze has been on for so long it’s taken for granted that people are entitled to live in the hills, pushing out the mountains’ original creatures, giving no consideration to maintaining their unique biodiversity.

Councilmember Paul Koretz (CD5) explains it this way: "I have been working very hard to protect biodiversity in the City of Los Angeles, which is situated in what is known as the California Floristic Province, one of only 35 biodiversity hotspots in the entire world. What this means it that we have unique plants and animals that are not found anywhere else but what that also means is that they are endangered. The good news is that through the biodiversity effort that the Mayor and I have been championing, we are taking necessary steps to catalog and protect what we have. Establishing wildlife corridors in our hillsides is an essential step in this effort because you can't protect the wildlife without protecting their habitat.”

That is the goal and without action from the City, the remaining wildlife who live in corridors connecting their habitats could face extinction. Trapped within a small radius with nowhere to go, it would not be long before these animals would be unable to transit for feeding and finding mates. They would slowly die off in what could be a single and lonely demise, often through slow starvation.

Politicos and wildlife advocacy groups like Citizens for Los Angeles Wildlife (CLAW) are teaming up to address this consequence, recognizing how dangerous it is for hillside wildlife to be boxed in by housing developments that eat up their territory, forcing a wide variety of creatures to scurry for their daily meals. No wonder we see more coyotes wandering through residential neighborhoods. Mountain lions (aka cougars or pumas) and mule deer are just some of the victims forced into an irreversible situation as they lose connectivity within their habitat and encounter foraging and transit problems.

Other players in this potential slow-death drama include the rich people who want to live in the hills and rely on biodiversity-free permits to build their dream houses; and the City Planning Department responsible for issuing those permits.

On April 22, 2016, coincidentally Earth Day, Councilmember Koretz introduced the Hillside Ordinance Zone motion that was passed by the City Council. But, according to CLAW’s frustrated Founding Co-Director Tony Tucci, “the adoption and implementation of this ordinance has been languishing...the Planning Department is like kids given an assignment to turn in homework and have not done so.”

Both City Planning and Koretz told CityWatchthat progress is being made, indicating that public input would be sought in late summer, and there would be meetings between the council and planning offices every three weeks for updates.

A spokesperson for the Department of City Planning said, “The City Council adopted a motion instructing the Planning Department to prepare and present an ordinance to create a Wildlife Corridor in the eastern area of the Santa Monica Mountains. Initial outreach meetings were conducted to share the motion’s direction. An additional motion was adopted instructing City Departments to identify strategies to protect the City's biodiversity. Since that time, the Department has been developing the analytical foundation for the effort with the creation of citywide wildlife resource maps.”

The spokesperson continued, “The Planning Department has hired a consultant to document potential wildlife protection areas, informed by department data as well as external mapping resources that have been provided by the Santa Monica Mountains Conservancy and other stakeholder groups. The maps focus on significant ecological areas, habitat areas and connections between these areas. The Department is also working on preliminary implementation regulations that would provide a framework to link these maps to on-the-ground protections to guide new development. Staff will be seeking input from the public on these maps as well as potential regulations in late summer.”

Added Koretz, “I'm so pleased that the Planning department has prioritized moving this forward as soon as possible. I'm also pleased to say that planning has agreed to meet with my staff every three weeks to keep me updated on their continual forward progress.  We expect major results and changes to the code before the end of the year."

While waiting for the Planning Department and City Council, CLAW has activated a program it calls “Corridor Watchdog” that they say includes “monitoring the development of important connective habitat throughout the city to ensure that our planning process gives full attention to the mitigation of habitat fragmentation.”

Monitoring also includes a series “Nature Cams” installed by CLAW in the hills. (See photo above) Footage was recently captured of the newest and untagged male mountain lion wandering between the 405 and 5 freeways. “After decades of overdevelopment and habitat loss, the sight of this great cat is a reminder that our urban mountain range is an irreplaceable gift to our city. The need to maintain the fragile balance of its unique ecosystem can’t be overstated,” said Tucci.

(Tim Deegan is a civic activist whose DEEGAN ON LA weekly column about city planning, new urbanism, the environment, and the homeless appear in CityWatch. Tim can be reached at [email protected].) Photo: Martyn Lenoble (CLAW).Edited for CityWatch by Linda Abrams.