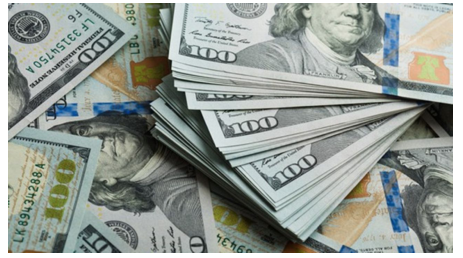 CORRUPTION WATCH-The crime of bribery has two sides – the bribe payer and the city officials who accept the money. On Friday, February 23, 2018, Los Angeles County District Attorney Jackie Lacey felt the heat from David Zahniser’s and Emily Alpert Reyes’ October 30, 2016 LA Times article exposing the bribery racket that runs Los Angeles City Hall. Thus, she tried to cool the furor by issuing felony warrants for the developer Samuel Leung and his secretary Sophia David. But things are deeper than they seem from the warrant.

From Robert Mueller’s extensive investigation into the Russian thing, we know that significant investigations take a long time. We also know that lower rung conspirators get “flipped” to testify against the larger fish. Sophia David looks like the quintessential “flippee.”

Thus, indictments of low level people can touch off significant political corruption cases involving bigwig mayors and city councilmembers. If this case does not climb higher, we know that something is rotten. Will Judge Richard Fruin press his idea that the behavior of city officials is above the law, i.e. non-justiciable? Oh dear, too bad for Garcetti. Judge Fruin is not the criminal court judge.

The Criminal Offense of Bribery

Bribery is the giving of money in order to influence the actions of an official. The public officials who receive the money are likewise guilty of bribery. People v. Diedrich, (1982, Calif Supreme Court) 31 Cal.3d 263.

Is Eric Garcetti in Danger of a Bribery Charge?

The Felony Complaint for Arrest Warrant states: “On or between January 1, 2013 and April 1, 2013, the aforementioned persons associated with Leung, and at his direction, donated approximately $60,000 to an Eric Garcetti-affiliated political action committee entitled Committee for a Safer Los Angeles.”

While this particular felony warrant does not indict Mayor Garcetti, we may review the situation based upon Zahniser’s and Reyes’ article. They reported: “Those donors gave more than $600,000 to support Hahn, Mayor Eric Garcetti and other LA-area politicians between 2008 and 2015, as Leung was seeking city approval for the $72-million development.”

After receiving the donations, Mayor Garcetti changed the vote requirement for the project’s approval and he and the City Council approved the zone changes against the advice of the Planning Commission.

Here’s a Curious Feature of this Bribery Case

Virtually all the campaign donations were not made in Leung’s name. Hundreds of thousands of dollars were spread out using the names of dozens of people with no ostensible connection to Leung.  Who bribes an official with anonymous donations? No one!

Let’s also remember that Garcetti and many of the councilmembers are thick as thieves. More than $30,000 went to Councilman Jose Huizar and $65,800 went to Councilman Mitch Englander. Leung’s project is not in either councilmember’s district. Over $600,000 of bribe money changed hands in a bizarre and weird fashion. These councilmembers and their staff knew that significant money was flowing into their election campaigns. Lots of staff people knew what was going on. The DA’s attention will turn to all the planning deputies and all the “little people” in the mayor’s and councilmembers’ offices. Remember, lying to law enforcement during a criminal investigation is a crime.

No one can be so naive as to believe that Leung paid out over $600,000 in bribes without making certain the mayor and councilmembers knew the source of the money. Leung was buying a zone change for his mega-project. Also, the fact that the most significant donations went to Busciano ($94,700) and Janice Hahn ($203,500) who represented the district where Leung needed the rezoning cannot be ignored.

Janice Hahn made a statement that would set off alarm bells in the minds of most attorneys. “All my committees were audited. I have a lawyer, a treasurer who looked at all my campaign donations. There was never any indication that anybody got reimbursed for a donation to me.”

Her lawyer and her treasurer never mentioned to her that there was the strange pattern of $203,500 donations? Get real! And, look how she parses the situation, “no indication anybody got reimbursed.”  Her liability rests not how Leung’s reimbursed people for the campaign contributions, but on the fact that she knew the money was a bribe.

The law has a couple concepts for people who engage in criminal activity and then play dumb. One is “what she knew or she should have known from the circumstances,” and the second is called “conscious ignorance,” where the person fails to asks the questions that any reasonable person would ask.

As legendary California politico Jesse Unruh said in 1966, “money is mother’s milk of politics.”  Fundraisers look for patterns so that they can target new donors. When over $200,000 in unusual donations arrived, often on the same day, both her lawyer and treasurer would sense a new target group. The failure to undertake the logical inquiry suggests they knew the sources of these donations.  The funds were from Leung.

Will DA Lacey scuttle this case when public interest wanes or will some judge interfere before it reaches the person whom virtually everyone knows owns it – Eric Garcetti?

When one considers (1) the $430,000 plus from the Hollywood Millennium Towers just prior to its approval, (2) the $125,000 from Rick Caruso for his project, (3) the hanky-panky with CIM Group, (4) not to mention that Garcetti’s campaign fundraiser, Juri Ripinksy, served two years in Leavenworth for real estate and bank fraud, we know that these millions of dollars from all these developers over all these years did not change hands innocently.

Millionaire developers do not make hundreds of thousands of dollars of campaign donations unless they know what they are buying and that means that Garcetti and the others knew what they were selling.