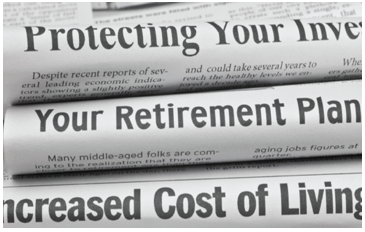 CAL MATTERS--The essence of California’s pension crisis was on display last week when the California Public Employees Retirement System made a relatively small change in its amortization policy.

The CalPERS board voted to change the period for recouping future investment losses from 30 years to 20 years.

The bottom line is that it will require the state government and thousands of local government agencies and school districts to ramp up their mandatory contributions to the huge trust fund.

Client agencies – cities, particularly – were already complaining that double-digit annual increases in CalPERS payments are driving some of them towards insolvency and the new policy, which will kick in next year, will raise those payments even more.

“What we are trying to avoid is a situation where we have a city that is already on the brink, and applying a 20-year amortization schedule would put them over the edge,” a representative of the League of California Cities, Dane Hutchings, told the CalPERS board before its vote.

But CalPERS itself may be on the brink, and the policy change is one of several steps it has taken to avoid a complete meltdown.

The system, once more than 100 percent funded, now has scarcely two-thirds of what it would need to fully cover all of the pension promises to current and future retirees – and that assumes it will hit an investment earnings target (7 percent per year) that many authorities criticize as being too optimistic.

The trust fund lost about $100 billion in the Great Recession and never has fully recovered. By lowering its earnings projection – it had been 7.5 percent – while moving to a more conservative investment strategy and cutting the amortization period, CalPERS hopes to avoid another disaster were the economy to turn sour.

Officials fear that were it to experience another big investment loss, it would pass a point of no return and never be able to pay for pension promises.

Protecting CalPERS, however, means getting more money from its client agencies, which could drive some of them into insolvency, as Hutchings said. Three California cities have gone bankrupt in recent years, in part because of their ever-increasing pension burdens, and payments have escalated sharply since then.

So on one hand, CalPERS is doing what it has to do to remain financially solvent, but on the other hand its self-protective steps threaten local government solvency. That’s the crisis in a nutshell.

One way out would be to modify benefits in some way. City officials, for instance, have suggested reducing automatic cost-of-living escalators in pensions over a certain mark, such as $100,000 a year.

However, the CalPERS board, dominated by public employee organizations and sympathetic politicians, has spurned such pleas.

“Our members have expressed frustration that you keep coming to them asking for more while at the same time not providing a lot of other options and assistance for them,” Dillon Gibbons of the California Special Districts Association told the board.

Everyone involved is waiting for the state Supreme Court to rule on pending pension rights cases, and were it to overturn the so-called “California rule” that bars changes in benefits, it would open the door to pension modification.

CalPERS officials are also concerned that should it become insolvent, or pension payments force some cities into bankruptcy court, it would revive long-dormant plans for a statewide pension reform ballot measure.

This crisis will haunt California for many years to come and will be a big headache for the next governor.