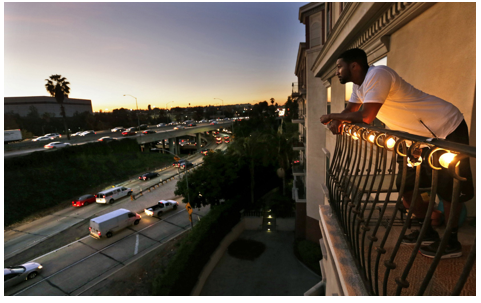 CORRUPTION WATCH-Should politics invalidate medical science? Politicos readily allow interests of a tiny segment of society to dictate medical decisions for our children. For years local politicians allowed toxic-spewing industrial plant Exide to poison children who lived nearby. While the plant was physically located in Vernon, many of the 10,000 affected families lived in the city of Los Angeles.

Starting in 1981, Exide’s battery smelting plant was allowed to operate without proper permits. Since Exide has lost its political clout, people are taking some action to remove the toxicity from the soil.  The politicians who fronted for the Exide factory knew about the health dangers, but the perpetrators were wealthy and the victims were poor.

Anyone who believes that Los Angeles politicians and their campaign contributors have changed one iota is woefully naive. Exide is an example how one business could be allowed to contaminate nearby residents with full knowledge that lead is a potent neurotoxin that puts children at-risk for learning disabilities, lower IQs and other developmental problems. The City of Los Angeles, however, is currently ignoring medical science to expose tens of thousands more Angelenos to similar toxicity. In return for the City’s blindness, developers fuel the politicos’ ambitions.

On July 9, 2017, the LA Times published a story on the need for air filters to protect residents who live near freeways. Reporters Chris Keller, Jon Schleuss and David Zahniser pointed out that despite the City’s knowledge of the health risks of exposure to toxic auto emissions suffered by people who live with 500 feet of a freeway, it is approving more and more projects within a few feet of freeways.

One of the components of the toxicity is 1,3-butradiene. The EPA has determined that motor vehicle exhaust is a constant source of 1,3-butadiene, something the EPA has classified  as carcinogenic in humans by inhalation. Children are more susceptible to 1,3 Butadiene’s adverse impacts due to their smaller size and lung capacity. In 2015 alone, the Garcetti Administration issued building permits for 4,300 homes close to freeways.

We need to be clear: we are not talking about homes constructed prior to our knowing about the cancer link, but rather thousands of units which are currently being approved with full knowledge that some people will get cancer because their new apartments are too close to freeways.

Why are we constructing new apartments within a cancer zone? To make a few developers wealthy.   Knowing that politics banishes medical science, a few developers have purchased property within these toxicity zones. The Garcetti Administration has always vigorously supported construction of thousands of apartments with full knowledge that, like Exide, they are poisoning people.

As the July 9 LA Times article noted, air filters are close to worthless. Expensive high quality filters may stop the particulate matter, but they remove “none of the toxic exhaust gases.” Medical science says that filters do not protect people’s health, but medicine plays no role in setting public policy under Smart Planning.

Wealthy political contributors to the mayor and city councilmembers, however, get special consideration. As David Zahniser and Emily Alpert Reyes reported in the LA Times on October 30, 2016, Samuel Leung, the developer of the Sea Breeze Project, contributed $60,000 to the mayor’s charity as well as hundreds of thousands of dollars of other campaigns, and received special consideration and approvals for his gigantic project.

Although the air quality control district objected, the City approved developer David Paul’s 325 unit project Villaggio Toscano next to the 405-101 interchange on Sherman Oaks. It approved developer Geoffrey Palmer’s 526 units Da Vinci apartments and his 913 units Lorenzo apartments along the 110 Freeway in DTLA.

Has any doctor ever recommended the chronic inhalation of carcinogens? Well, yes, back in the 1950's, some doctors advertised cigarettes as good for one’s health. But since that time over 50 years ago, has the medical profession been urging people to ingest more carcinogens?

The Link between Black Lung Lofts and Gentrification

These toxic freeway apartments, the traffic slowing Bike Lanes and Gentrification all derive from the City’s policy to maximize the wealth of a very few people to the detriment of everyone else. The Garcetti Administration operates under the rubric of Smart Planning. But it is a sham, a fraud and a deceit that transfers billions of dollars away from virtually all Americans to a tiny cohort of billionaires.

The core principle of Smart Planning is that we should be concentrated into dense population cores since that policy maximizes the land values of the few real estate developers who bought up the land along freeways and major streets years ago. Thus, all new development is to be located where these billionaires have purchased property.

The Los Angeles housing market is testament to the collusion between businessmen and politicos, resulting in horrible market dislocations. Housing prices have been driven to insane heights since all residential property is now priced according to its supposed “development value” and not according to its value as living space. As a result, the Millennials who have decided to stay in LA rather than move to Nashville, Denver or Austin are on the prowl for housing bargains.

While the Millennials strenuously advocate that poor people should live in the Black Lung Lofts next to the freeways, i.e. “affordable housing,” they want more serene abodes for themselves, only to find themselves priced out of the market, except for Boyle Height and South Los Angeles. In those areas, they find detached homes with yards at bargain prices.

But what else is a Millennial to do? Raise his or her family next to a freeway in a cramped apartment filled with toxic fumes, when for less money he or she can buy a small home on the bluffs overlooking DTLA?

Historically, the land south of DTLA was prime residential area and it still has miles of detached homes. Any smart Millennial can figure out that a house in South LA provides a much easier commute to DTLA than Granada Hills. Oops, South LA is ready home to the heart of LA’s long time Black community.

Do not look to the City to introduce any type of economic or environmental justice. Smart Planning is adamant that land use policy absolutely, positively must concentrate as many people into as small an area as possible to make sure the developers’ land is worth the most. All the City’s land use policies flow from that central directive. Gentrification is an inevitable by-product. Unless they can remove the Blacks from South LA and the Mexicans from Boyle Heights, the Millennials, may have to move away.

Why Inflexible Mass Transit is in Vogue

Smart Planning’s mass transportation is designed to be as inflexible as possible. The Administration favors subways and light rail lines as they are tied to specific pieces of real estate. Even buses are shunned because a bus can change its route to go to new place, but a subway cannot decide to serve a competitor’s high rise. These fixed rail lines make certain that the population is funneled into the few hundred square feet of land owned by a very few people.

Subways and light rail lines cost billions a year to operate and maintain and that requires more ridership than the city can muster. Thus, the city mandates there be bike lanes on major streets in order to create as much traffic congestion as possible. The lunatic theory is that people will become so fed up with horrible traffic congestion that they will hike a mile or so and take a light rail line to DTLA or Century City. The fact that bike lanes also give children cancer is a medical fact to be hidden. That is why the Garcetti Administration steadfastly refuses to study the lethal toxicity of auto emissions in the bike lanes on major streets.

While the City of LA has been forced to admit that living within 500 feet of a freeway is an unacceptable health danger, it refuses to admit that riding a bike in auto emissions endangers children’s health.

Many horrible things have been happening to Angelenos over the past decade and almost all of them can be traced to the corruption emanating from City Hall’s Smart Planning policies. Our Mayor and City Council live and breathe for one thing – to aggrandize the profits of a few developers.