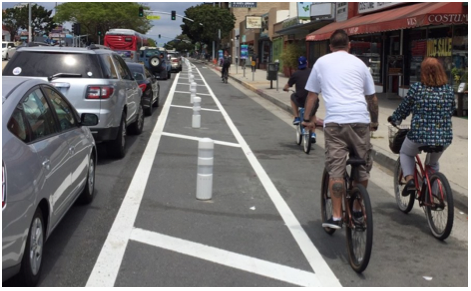 CORRUPTION WATCH-The hubris that comes with holding public office is usually rational. Public officials so seldom are held accountable for their actions that they never think of possible criminal liability for their behavior. The times, they may be changing.

Consider these words from the Michigan Attorney General’s Office in June 2017:

“FLINT, MI — Michigan Attorney General Bill Schuette today announced the third legal action of his Flint Water Investigation, filing 18 criminal charges against four current and two former employees from two state departments. The charges are a result of actions taken by officials at the Michigan Departments of Environmental Quality and Health and Human Services that contributed to the Flint water poisoning crisis by withholding vital information from the public about ongoing lead poisoning and allowing the continued distribution of corrosive water from the Flint Water Treatment Plant.”

Notice the key words, “withholding vital information from the public.” These officials did not actively poison people. These officials knew that illness and death would happen to some if residents went about their normal activities in Flint, i.e., drinking the water. These officials did not know exactly who would be injured or killed, but under the law one does not have to know the identity of the victim in order to be criminally liable.

The City knows that the pollution level in Bike Lanes in major thoroughfares is a significant health risk. Under the Villaraigosa administration, city officials admitted the need to study the adverse health impacts of Bikes Lanes.

“The city knew there was a problem with environmental clearance," said Claire Bowen, city planner of Los Angeles [Under Mayor Villaraigosa]. "Then we looked at what was happening in San Francisco [the court ordered a CEQA review of Bike Lanes and air pollution.] “[CEQA is] an obstacle, and you have to work with that process to look at ways to make it work. To me, it’s all part of the mountain you're climbing,” Bowen said. “But that's the challenge.”  -- “Are Bicycle Lanes Really Green? Some City Residents See Red,” Znet, Feb 16, 2012, by Jason Dearen.

When Garcetti instituted his Mobility Plan 2035, he ignored CEQA and the fact that CEQA required review of Bike Lanes. An article from the Journal of Transport Geography cites:

People need to understand that the lawsuit that HELP and CCLA brought regarding Bike Lanes only asked that there be a limited CEQA review of the health impacts of placing Bike Lanes in major thoroughfares. The exact same position was the city’s official stance under the prior Administration.  The Study would look at the location of Bike Lanes – on major streets, on side streets, or in some other configuration, new Bike Paths. In 2015, Harvard University conducted a study for the Boston area finding:

“Cyclists are exposed to traffic-related air pollution (TRAP) during their commutes due to their proximity to vehicular traffic. Two of the main components of TRAP are black carbon (BC) and nitrogen dioxide (NO2), which have both been causally associated with increased mortality.

To assess the impact of cyclists' exposure to TRAP, a battery-powered mobile monitoring station was designed to sample air pollutants along five bike routes in Boston, Massachusetts. The bike routes were categorized into three types: bike paths, which are separated from vehicle traffic; bike lanes, which are adjacent to traffic; and designated bike lanes, which are shared traffic lanes for buses and cyclists. Bike lanes were found to have significantly higher concentrations of BC and NO2 than bike paths in both adjusted and unadjusted generalized linear models. Higher concentrations were observed in designated bike lanes than bike paths; however, this association was only significant for NO2. After adjusting for traffic density, background concentration, and proximity to intersections, bike lanes were found to have concentrations of BC and NO2 that were approximately 33% higher than bike paths.

Distance from the road, vegetation barriers, and reduced intersection density appear to influence these variations. These findings suggest that cyclists can reduce their exposure to TRAP during their commute by using bike paths preferentially over bike lanes regardless of the potential increase of traffic near these routes.”

The City Has Previously Engaged in Willfully Reckless and Wanton Conduct

The placing of Bike Lanes in major streets where toxic auto emissions pose the greatest health risk is not the first time that the City has harmed and even killed citizens. In June 2013, the Los Angeles County Civil Grand Jury found that when the Los Angeles City Council under the leadership of City Council President Eric Garcetti took funds away from the paramedics, he and the other councilmembers knew -- not suspected or should have known but actually knew -- that people would die as a result of the reduction in the number of paramedics. Furthermore, the Grand Jury found that people did in fact die as a result.

In January 2011, Council President Eric Garcetti had touted serious cuts in the Los Angeles Fire Department and reduction of the paramedic services as a means to improve service and responses times. (See 1-21-2011 LAFD Deployment Report) There was no reasonable basis for saying that fewer paramedics would improve the quality of service. As the Grand Jury concluded, the council knew the opposite was true.

What additional action did the District Attorney take? None. If one shoots a gun into a passing bus and kills someone, it does not matter if the shooter does not know the victim. Just like in Flint, Michigan, the identity of the victim is not relevant if the action shows a reckless and wanton disregard for the health or life of another; the person may be convicted of criminal behavior ranging from first degree murder to a form of manslaughter or criminal battery.

As Ms. Bowen said in 2012, the City has known for years about the toxicity of Bike Lanes in major streets. The fact that raises the Garcetti Administration’s behavior from the level of a mere civil matter (not following CEQA) is that it concealed known dangers. The Garcetti Administration has pushed misleading data such as saying that protected Bike Lanes on major streets are “safer” because there are fewer injuries than in Bike Lanes on major streets without protective barriers. Traffic injuries are not the issue: the problem is that the adverse health risks caused by auto emissions makes children cycling in major streets similar to drinking the water in Flint. In Los Angeles, the lead, black carbon (BC) and nitrogen dioxide (NO2) and fine particulate matter are transmitted by breathing the air; in Flint, the toxic chemicals came through the water.

Flint has thrown a monkey wrench into situation, though. It does not matter whether or not Garcetti ever allows a study of the health impacts, which his Administration verified again on June 29, 2017 he will adamantly oppose. Opposition using known scientific data is already evidence of criminal behavior. That is much of the basis of the criminal indictment in Flint: officials knew of the danger yet concealed it from the people who were then exposed to the toxicity.

Angelenos’ greatest problem, however, is not Eric Garcetti, but District Attorney Jackie Lacey. The District Attorney’s Office has a history of turning a blind eye to criminality at LA City Hall. The DA looked away from the real estate appraisal frauds at the CRA/Garcetti project at 1601 North Vine (even though it was called the poster boy for corruption -- a major justification to abolish the entire Community Redevelopment Agency.)

The City Council has been operating under a Vote Trading Pact which Penal Code § 86 criminalized in 2006. This pact requires each councilmember to vote Yes for every project another councilmember places on the city council agenda in return for Yes votes on every project he or she places on the city council agenda. Unfortunately in this regard we encounter the Judge Fruin Rule, i.e., the behavior of the Los Angeles City Council is non-justiciable. This means that their actions are above the law – no court can take any action against the City Council.

The Judge Fruin Rule may be a lifesaver for the Garcetti Administration. If the council wishes to operate using as its basis a gigantic bribery racket, then Judge Fruin gives his blessings. So why not extend those blessings to giving children cancer?