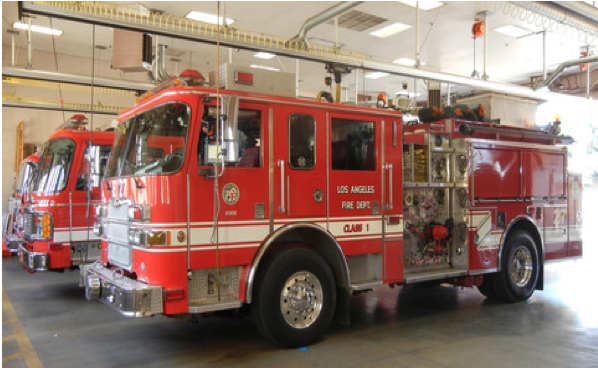 WHERE YOUR MONEY GOES--Three Los Angeles city firefighters earned a combined $1.36 million last year — $974,779 of which came from overtime pay alone, according to just-released 2016 salary data from TransparentCalifornia.com.

The trio was able to boost their earnings so dramatically as a result of having received the three largest overtime payouts of the more than 550,000 workers surveyed statewide:

Remarkably, this is the trio’s 2nd year in a row as the state’s top overtime earners, having also topped the of the more than 2.4 million government workers surveyed in 2015.

Thompson’s overtime pay was at least the 3rd highest of the more than 2 million public workers surveyed in each of the past three years, boosting his total earnings to $1,229,504.

Six-figure OT payouts at the LAFD up 760%

Over the past five years, the number of Los Angeles Fire Department (LAFD) workers who earned at least $100,000 in overtime pay increased by 760 percent, rising from 51 in 2012 to an all-time high of 439 last year.

By comparison, there was only one fire employee in the entire state of Nevada who earned over $100,000 in overtime pay last year, according to TransparentNevada.com.

“The issue is not a lack of solutions. Those have been forthcoming from a coalition of experts, including those from LAFD’s own ranks, for decades. The issue is lack of a political will for the precise reasons an official outlined nearly two decades ago: fear of political retaliation.”

Transparent California’s full report on overtime pay at the LAFD can be found here.

To view a more detailed version of this release, please click here.