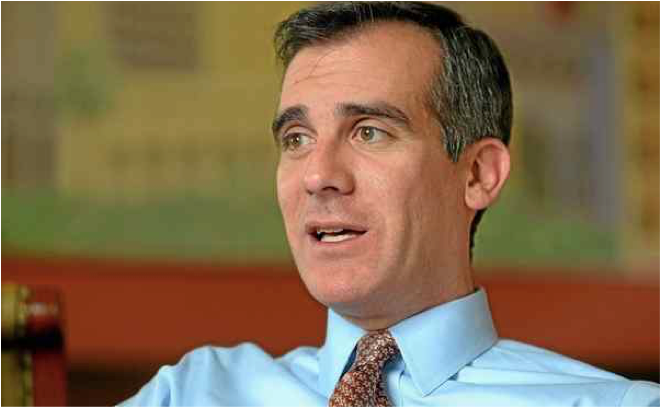 APRIL 1, LA WATCHDOG--Mayor Eric Garcetti has decided not to run for Governor of California or the United States Senate in November of 2018.

According to insiders familiar with his thinking regarding his political future, Garcetti is unwilling to risk a career-ending loss in a primary brawl with three other Democratic hopefuls (Lt. Governor Gavin Newsom, State Treasurer John Chiang, and former LA Mayor Antonio Villaraigosa) who have already raised more than $15 million.  Contributing to this decision is Governor Jerry Brown’s unwillingness to endorse Garcetti or the other three front runners.

After a meeting this week in Washington with Senator Dianne Feinstein, Garcetti agreed to support her fifth reelection campaign, not that she has any real competition.  As part of the conversation, Feinstein indicated that Garcetti has the potential to be an excellent Senator and is prepared to support his candidacy after she retires in 2024 at the age of 91.

As is always the case with Garcetti, there is a back story.

As part of his agreement not to run for Governor, both Newsom and Chiang agreed to support his candidacy for the Senate.  This includes appointing him Senator if Feinstein should resign or leave office before 2024. 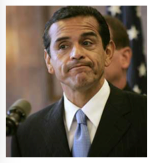 Villaraigosa, on the other hand, was unwilling to make this commitment because of his strained relationship with Garcetti.  Villaraigosa is still harboring a grudge because he believes that Garcetti leaked a damning report on his 2009 Solar Initiative to the Los Angeles Times that was responsible for the voters rejecting Measure B, his payback for IBEW Union Bo$$ d’Arcy’s financial support of his 2005 race for Mayor. This also hurt Villaraigosa’s reelection campaign as he received only 55% of the vote, effectively trashing his run for Governor in 2010.

But Garcetti is not twiddling his thumbs as he is working the crowd, quietly sounding out friends, party officials, and wealthy donors about their willingness to support and fund his campaign for the Senate.

Over the next five years, sources say Garcetti intends to strengthen his credentials by making LA the “best run big city in America.” He will stress his “Back to Basics” Priority Outcomes which include a focus on the environment and sustainability, public safety, the economy and the creation of good jobs, the repair and maintenance of our streets, sidewalks and parks, more efficient operations, and the elimination of the Structural Deficit by controlling personnel costs.

And hopefully LA and Garcetti will host the Summer Olympics in 2024, the year that Feinstein will retire after 32 years in the Senate.

Garcetti will use his popularity to sponsor ballot measures to authorize the issuance of over $15 billion in bonds to finance the repair of our streets, the revitalization of the LA River, and the $8 billion storm water capture plan.

After receiving over 80% of the vote, Garcetti has a mandate to create a world class City which, if he is successful, will catapult him into the United States Senate. And beyond?