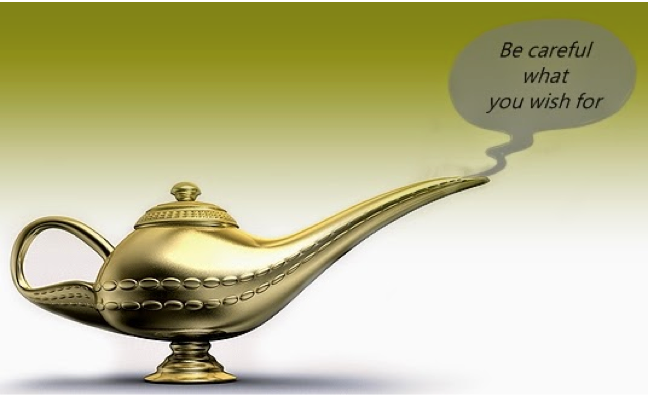 PLATKIN ON PLANNING-Both sides of the debate over Measure S have inflated expectations of what their vote will produce on March 7, especially those voting no. This is why I admonish both camps to be careful what they wish for.

What yes on S voters should expect after a victory

To my fellow supporters of Measure S, do not think that if S wins on Tuesday, Los Angeles’s skewed and dysfunctional planning system will quickly self-correct. This is a long war, and this will only be one victory. Future struggles will be over the following:

What no on S voters should expect with a victory

As for those no on S advocates (whose claims I have repeatedly rebutted through CityWatch), you particularly need to be careful what you wish for. We have heard your extravagant claims about tackling homeless, creating affordable housing, and generating jobs, but all a no on S vote does is maintain the City Hall status quo. On March 8 you will simply get more of what LA already has. This includes all of the following, plus more, since the 10 large real estate firms funding the no on S campaign will feel their oats with a victory. Likewise, the SG&A campaign firm they hired will have learned how to pitch all manner of trickle-down economic programs as answers to homelessness, displacement, gentrification, traffic congestion, suburban sprawl, and job creation.

But reality will soon assert itself, and City Hall will quickly forget these no S claims. In fact, they will be replaced by the following:

As far as I can determine, your main argument to oppose Measure S was a repetition of the no on S campaign’s major talking point. “Measure S is a housing ban and an affordable housing ban.”

But, over the last year through my CityWatchLA planning columns and private communications, I have repeatedly asked for the addresses of any affordable housing constructed through the spot-zones and spot-General Plan Amendments stopped by Measure S. During this year only one person gave me an address that checked out. City Planning, however, has (inadvertently?) published the underlying reason for this lack of evidence for the claim that Measure S is an affordable housing ban.

As I have previously reported, according to City Planning’s CITYWIDE POLICY PLANNING 2016 PERFORMANCE METRIC REPORT, the amount of affordable housing built in LA through discretionary actions is tiny, only two percent of all new housing. Furthermore, developers build this housing through density bonuses when they include 10 to 20 percent low and moderate-income rental units in a market or luxury project. Because this inclusionary zoning process does not require any City Council ordinances, Measure S will leave it intact.

Second, Measure S is fully consistent with Measures H and HHH. This new supportive housing for the homeless can be constructed on all commercial lots in Los Angeles and R-3 and R-4 lots without any City Council ordinances. This includes parcels owned by the City of Los Angeles. In fact, City Controller Ron Galperin identified 9000 city-owned parcels, and they include over 200 commercial parcels, all of which could become a location for new by-right affordable housing.

The third reason undermining the alleged no on S affordable housing claim is that private developers can already legally build by-right affordable housing throughout the entire city of Los Angeles. They are not choosing to build this low-priced housing for a simple reason. They can't make enough profit at it. This means the real culprit in LA’s housing crisis is their profit-maximization business model. It has nothing to do with existing zoning or claims they need zone changes to build affordable housing.

Apparently the organizations and individuals aligning themselves with the big real estate companies opposing Measure S have forgotten a basic feature of large, free-market capitalist cities, like Los Angeles. Housing is a scarce commodity, not a right, under capitalism. Since developers will not build more than a few units through inclusionary zoning, there is an obvious progressive lesson. Either capitalism must change or the public sector must step in to build the low-income housing that the free market cannot and will not build. This was U.S. housing policy from the 1930s to the 1980’s, and the subsequent trickle-down market gimmicks (inherent to no on S) to replace these slashed programs have been an abysmal failure.

Some liberals have also cast Measure S as a homeowner-driven anti-density campaign.  In their view homeowners want low density because they supposedly financially benefit from it. These liberals are, therefore, opposed to Measure S because they believe it is really a low-density voter initiative to oppose higher densities in Los Angeles. Some even argue that Measure S is a pro-urban sprawl measure.

But, these claims are not correct. It is a straw man argument, totally misrepresenting the proponents of Measure S before rebutting these imaginary advocates.

Since 1970 all legally adopted Los Angeles General Plan elements have called for planned density carefully linked to much denser public services and infrastructure, especially mass transit. This adopted vision requires a strong General Plan. City Hall must not only adhere to it, but also apply it to the City's capital and operating budgets. But none of this has happened because real planning is one City Hall’s lowest priorities. Without enormous pressure from below, it does not happen, and this is the open agenda of Measure S.

Instead, the alternative land use model behind no on S is greater density if it coincidentally appears through in-fill real estate speculation. This model is totally oblique to planned density. It also oblivious to where there is an unmet demand for greater density, as well as the supportive public infrastructure and services to support larger buildings, and more residents, employees, shoppers, and visitors.

As for who benefits from a defeat of Measure S, many liberal advocates have missed what is right in front of their eyes. It is not tenants, but the large real estate companies and their allied politicians who engage in pay-to-play. As for owners of single-family houses, they have little power in Los Angeles, as revealed by their interminable 11-year campaign to stop mansionization, as well as the closely related campaign against Small Lot Subdivisions.  If homeowners were really in the driver’s seat, these two forms of real estate speculation would have been nipped in the bud long ago, not allowed to fester through one flawed ordinance after another.

Furthermore, other land use restrictions have the most tenuous relationship to home prices. For example in the late 1980s, AB 283 forced the City of Los Angeles to make sure that its plans and zones were in synch with each other. This resulted in some areas being downzoned, but according to the General Plan Framework Element, there were and still are more than enough parcels in Los Angeles zoned for residential and commercial uses to accommodate all growth scenarios in the entire 21st Century.

The City Council has also created about 30 Historical Preservation Zones, five Residential Floor Area (RFA) Districts, and many specific plans. But they cover about 15 percent of the residential areas in Los Angeles, and most deal with design review, not zoning restrictions. For that matter, even if the City Council rescinded these overlay zones, as well as all single-family zones, real estate developers would still not build affordable housing. They would simply overbuild expensive houses, such as the luxury high-rises and mid-rises, McMansions, and small lot subdivisions they are already building. Their profit maximization business model is set in stone.

For these reasons and more, the liberal organizations and advocates who attached themselves to big real estate’s no on S campaign should be particularly careful about what they wish for. I have no doubt that their analysis and expectations will soon hit the ground with a loud, trickle-down thud if LA’s voters reject Measure S.

But if Measure S wins, they will also have a chance to see if the sky is really falling. When it doesn’t, they might even become advocates for a well-planned Los Angeles that will finally tame City Hall’s infatuation with real estate speculation.

(Dick Platkin is a former LA city planner who reports on local planning issues in Los Angeles for CityWatch LA. Please send your comments and corrections to [email protected].) Prepped for CityWatch by Linda Abrams.