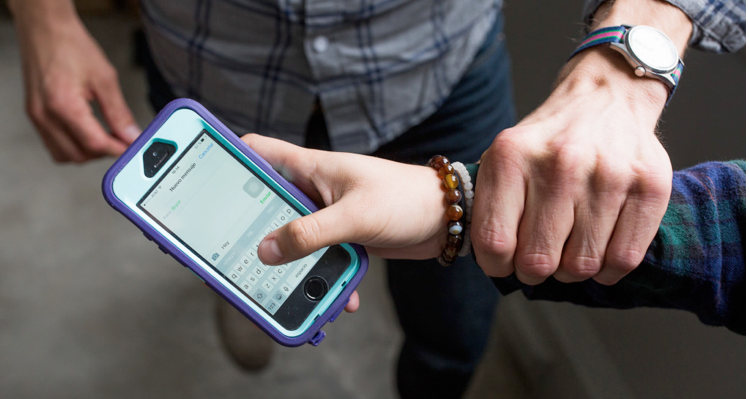 THIS IS WHAT I KNOW-December 2 would have been a typical Friday for West Hills high school student Jordan Peisner. The 14-year old had gone to the local Wendy’s, a popular spot for students at El Camino High School in Woodland Hills.

As Peisner exited the fast food restaurant, a teenager he had never before met approached him from behind and punched him as the assailant’s friend captured the attack on her phone to post on SnapChat. The punch fractured Jordan’s skull, ruptured his eardrum, and caused both swelling and bleeding in his brain. The teen spent days at Children’s Hospital Los Angeles and is now recovering at home.

“Last Friday at 4:30 pm, my life was shattered,” shares Jordan’s father, Ed Peisner. “I was a broken man. And although we have a long road ahead of us, the invisible injury, I know I will have the strength and courage to help my son navigate the changes that lie ahead.”

The random attack of violence unleashed support from both friends and strangers, locals and those far away who had heard of the incident on the local news and through social media, the very same tool the assailant and his friend allegedly aimed to use for their “fifteen minutes” of exposure. A Go Fund Me account to help with Jordan’s medical bills has surpassed the $20,000 goal.

When we hear of bullying, senseless violence, and a disrespect for others, it’s easy to lose faith in both people and in social media. It’s hard to accept that a teenager would choose to harm another person and that his friend would video the incident on her phone as casually as one might take a selfie. At the same time, social media creates a world that is so much smaller, as indicated by the number of people from across the country who have been supporting Jordan in his recovery.

Each challenge can be a learning experience if we choose. “I once thought that you find your path in life but now I know my path has been placed in front of me,” says Ed Peisner. “Parents need to be involved in their children’s lives. And that includes their social media lives. I am not blaming any parents or passing judgement. I am a single father with three kids. I have made plenty of mistakes and I will make a few more but I am involved. I ask questions. I go to their school. I volunteer. I engage. I hear people saying that is helicopter parenting and ‘when they were kids…’ But times are different now. The world is a much smaller place because of the internet. Bullying happens on the airways. All I want to do is make a difference in the life of a child… not just mine – as any as I can.”

Parents, teachers, anyone involved in the lives of children should take this as a learning experience to model empathy, to set limits and to further the discussion about bullying, whether hidden behind a computer screen or in real life.

Thankfully, Jordan is recovering from his brain injury. Recovery is a long process. He has the support of his family, friends, and the greater community.

Social media, like many tools, can be used for evil as well as good. Let’s work to ensure the latter.