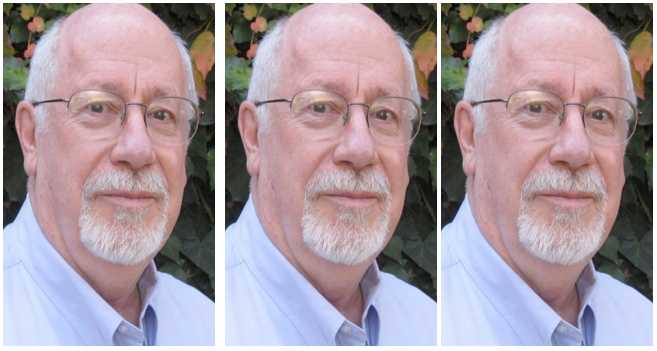 THE GUSS REPORT-Hugo Rossitter, a veteran Los Angeles Deputy City Attorney, is not to be trusted … or so it would seem if you listen to … Hugo Rossitter. Or, consider his dubious documents and websites.

A simple inquiry about inconsistencies on a recent affidavit he filed led to bizarre denials from him about two businesses listed on his Linked-In profile – businesses he claims are not and never have been active despite extensive evidence to the contrary.

The subjects are tied together because, as the phrase goes, falsus in uno, falsus in omnibus, or, if a witness is lying about one thing, he may be lying about everything.

A few weeks before the 4th of July holiday, I called Rossitter at his City Hall office to ask about the affidavit he wrote to obtain a temporary restraining order (TRO) on behalf of Herb Wesson, Los Angeles City Council president, against Wayne Spindler, an Encino immigration attorney, who wrote and drew reprehensible and racist content on a speaker card that he submitted to Wesson.

After validating the affidavit’s authenticity, Rossitter could not explain why he signed it under penalty of perjury on April 27, fifteen days prior to the actual Wesson/Spindler incident on May 11. He similarly lacked explanation on why the Petitioner on related forms is listed as the Office of the City Attorney rather than the City of Los Angeles, since it is a workplace violence matter and Wesson works for the city. (The subsequent use of the boilerplate form, according to another City Attorney staffer, a case where Councilmember Paul Krekorian pro se sought a restraining order against Lee James Jamieson, the Petitioner is correctly listed as the City of Los Angeles).

The next questions caused Rossitter to stop speaking altogether.

Why were Spindler’s criminal and TRO hearings scheduled to take place at the same time in different courthouses? And, given the totality of these inconsistencies, was he engaged in a premeditated SLAPP action against Spindler?

SLAPP is a Strategic Lawsuit Against Public Participation, a meritless legal entanglement that powerful entities such as governments use to suppress critics by overwhelming their time, freedom and financial resources.

Instead of denying it, Rossitter referred me to Rob Wilcox, Director of Community Engagement and Outreach for City Attorney Mike Feuer. Wilcox said the date was due to Rossitter’s “sloppy” work.   He could not explain why the Petitioner was listed incorrectly. And he denied that the city ever engages in SLAPPs.

But Wilcox too stopped talking when told of a 2006 Appeals court ruling against Rossitter and his boss Vivienne Swanigan, both working for then-LA City Attorney Rocky “Crash” Delgadillo, in favor of animal activist group Animal Defense League’s anti-SLAPP motion. More on Swanigan further down.

Rossitter’s background is curious. Admitted to the California Bar in 1978, he went on inactive status from 1980 to 1995. After a stint with local television station KCAL-9, he joined the City Attorney’s office in 2002, primarily handling workplace violence issues.

New job notwithstanding, at the same time, Rossitter got a real estate broker’s license and started two legal consulting businesses (See complete screenshots of WVPrevent and Southland Mediation) whose websites have the same mailing address and phone number, which I called twice on the 4th of July. Rossitter answered both with a business-like, “This is Hugo, how can I help you?”

I asked Rossitter why his businesses, which are on his Linked-In page, are not listed with the California Secretary of State, City of Beverly Hills or City of Los Angeles Department of Finance.

“They are not active,” he responded. When asked when they became inactive, he said, “They have never been active.”

In other words, Rossitter would have you believe that two businesses listed on his Linked-In page as active since 2002 and 2003, with functioning multi-page websites, active fax and phone numbers (that he personally answers), email, street and mailing addresses, biographies and photos of him – and only of him – with claims of successes achieved for clients, his fees for those services ($395 per hour with a four-hour minimum), and what it costs to reschedule ($400 for a full day or $200 for a half day) is all just for show.

“I just have those websites in case I want to run businesses like them someday,” he implausibly offered after a long pause.

Told about abundant proof that those businesses are, indeed, functioning, Rossitter replied colorfully when asked whether he pays taxes on revenue from those businesses, takes a home office tax deduction, if he asked for and got permission from the city to have outside earned income, and if he submitted a required Statement of Economic Interest. He again stopped talking when asked whether, if moonlighting as a private attorney, he maintains a client trust account.

Rossitter’s disclosure documents – some approved by Swanigan – provided to me by the Ethics Commission and begrudgingly by a Feuer deputy show dates crossed out and massive gaps, particularly for his WV Prevent enterprise. Their income level claims are inconsistent with success claims on his websites. And his web pages promise “real time” responses that conflict with city policy on using city time and assets for outside employment.

And this is why it matters. Rossitter gets a prosecutor’s unspoken benefit of the doubt in court because most judges are former prosecutors. His credibility impacts the freedom, safety and finances of everyone involved in his cases. His dubious work on TROs, history of proven SLAPP activity and denials that neither business was ever functioning are red flags requiring investigation by LA District Attorney Jackie Lacey’s Public Integrity Division and the California Bar Association.

If it is determined the city violated Spindler’s rights (who has filed a $775,000 claim against the city) and caused him economic harm, the taxpayers may end up paying the piper. It would not be the first time the taxpayers did that for outspoken, sometimes boorish, gadflies, either. Rossitter’s credibility will come into question.

A closing thought on that TRO: Wesson’s colleague, LA City Councilmember Curren Price, who is African-American, said Spindler should be made an example of. But days later, Price approached Spindler outside of a committee meeting, shook his hand chuckling “PDQ. That is a good one. You got me.” Is that why criminal charges have not been filed, and might not ever be, against Spindler? And what, if anything, did Rossitter have to do with it?

(Daniel Guss, MBA, is a contributor to CityWatchLA, KFI AM-640, Huffington Post, Los Angeles Times, Los Angeles Daily News, Los Angeles Business Journal, Los Angeles Magazine and others. He blogs on humane issues at http://ericgarcetti.blogspot.com/. The opinions expressed by Daniel Guss are his own and do not necessarily represent the opinions of CityWatch.) Edited for CityWatch by Linda Abrams.