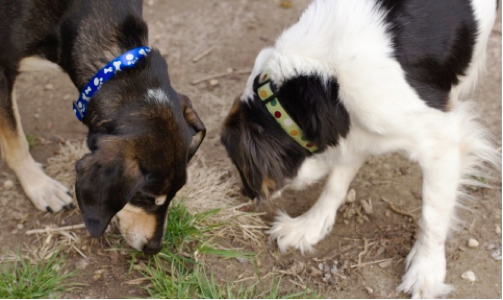 PLATKIN ON PLANNING-“The more you stir it, the more it stinks” usually refers to Rover, but it is time to give this crude expression a battlefield promotion. It should also apply to proposed planning legislation from Sacramento, in particular Senator Scott Wiener’s much-discussed SB 827. This bill, also known as “Planning and Zoning: Transit Rich Housing,” uses proximity to bus and subway lines as a pretext to massively up-zone hundreds of thousands – perhaps millions -- of properties throughout California, including Los Angeles.

As now formulated, Scott Wiener’s faux progressive real estate bill paints a bulls-eye on all properties within a half-mile from light rail and subway lines, and a quarter-mile, from express bus routes. Once developers obtain a housing density bonus in these areas, which can be as low as 5 percent in Los Angeles, Wiener’s bill would erase all zoning provisions for density (units per parcel), building mass, height (up to 85 feet), parking, and design features. Senator’s Weiner’s staff has also clarified one area of confusion in his bill. If adopted, the legislation automatically raises height requirements on all properties in proximity to mass transit, including single-family homes, without a density bonus.

In Los Angeles – and elsewhere -- the bill’s changes to height limits will eviscerate the City Charter and the Municipal Zoning Code, as well as most zoning overlay ordinances, including Historical Preservation Overlay Zones, Specific Plans, Residential Floor Area Districts, Community Design Overlay Districts, Community Plan zoning footnotes, and possibly even the thousands of parcels in Los Angeles that have a legacy of restrictive conditions of approval. For that matter, it will also conflict with other citywide ordinances intended to promote affordable housing: SB 1818, Transit Oriented Communities, Transit Neighborhood Plans, and possibly Transit Priority Areas. 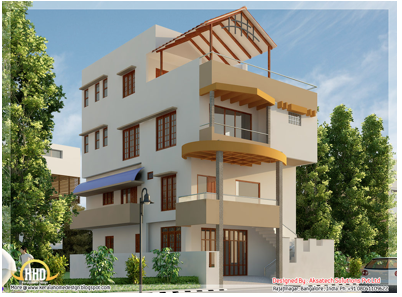 While the increased height limits of 45 to 85 feel will not increase residential density, at least in single-family zones, they will accelerate mansionization. New mega-houses could reach three to five stories.  The selling prices of these monster houses will track their soaring height, and the new owners must, by necessity, be affluent. No one else could afford these multi-million-dollar castles. Nearly all of the new occupants will drive expensive cars, resulting in an enlarged carbon footprint, even when Metro Rapid busses, trolleys, and subways are close by.

To understand the truly awful consequences of SB 827, let’s examine the most preposterous claims its supporters make regarding this legislation’s alleged benefits to transit, housing, and the environment.

We already know of many programs that increase transit ridership. These include fare reductions or eliminations, such as the UK’s program to allow those over 60 to ride busses and subways for free; service improvements; cleaner stations, busses, and subway cars; on-site bathrooms and kiosks; bus shelters; real-time cell phone apps; real-time electronic arrival signs; park ‘n ride, kiss ‘n ride, employer and landlord-provided transit passes, bicycle lanes and parking, way-faring signs, and pedestrian improvements. These programs already exist and could be quickly rolled out in California, but SB 827 is silent on all of them because it is a real estate bill posing as a transit bill.

To encourage more market-rate, transit-adjacent housing, SB 827 revokes zoning provisions for heights, parking, building mass, units per building, yards, and requirements that effect design, such as stepped-back second stories, articulation, and landscaping. The result will be a massive expansion of each affected parcel’s by-right building envelope, which, in turns makes each parcel far more valuable to real estate investors. The market value of these properties will shoot up, and new buyers and owners must therefore build expensive projects to recoup their higher land acquisition costs and still maximize their profits. Their need to build luxury buildings will increase, and their projects will, therefore, cater to the top end of the real estate market. Since these new owners and tenants own and drive cars, they are the least likely Angelenos to take transit, even when it is close to their house, condo, or apartment. And since they will displace poorer residents who are already transit users, transit ridership will go down further, a trend already underway in Southern California for the past five years.

Furthermore, because SB 827 does not require any cities to monitor local transportation behavior, whether on-board transit or in nearby neighborhoods, it provides no way to confirm, or more likely rebut, its central thesis: the more people who live close to subways, trolleys, and express bus lines, the more people will become transit riders regardless of income and car ownership.

Underlying the imagined transit claims justifying Wiener’s proposal is the quasi-religious supply-side belief that California can somehow build its way out of its housing crisis. To do this, zoning, planning, and environmental regulations should be cast aside to accommodate private investment. Then, the resulting rising tide of new market housing will lift all ships.

But, like its transit claims, this housing claim is also riddled with contradictions, and, it will make the California’s housing crisis worse, not better. Why? Because SB 827 encourages the wrong type of housing. California desperately needs more affordable housing, and the high-end market housing and luxury housing that SB 827 hopes to enable through deregulation does not address the unmet housing needs of most Californians. Furthermore, to the extent that SB 827 results in any affordable housing, it will be a tiny component of new market rate apartment buildings.

Furthermore, because SB 827 does not increase funding for cities to build, operate, or subsidize affordable housing, and because it has no on-site inspection requirements, there is no basis for its repeated claims that by increasing the supply of market housing, it also addresses California’s affordable housing crisis.

Furthermore, to build new residential buildings, developers must acquire building sites for their fancy projects, many of which already contain rent-stabilized and/or official and unofficial affordable housing. Since this housing will be taken off the market through extensive evictions and demolitions, much pricier units will replace it.

While Senator Wiener, his real estate industry benefactors, and his cheering squads, claim that this new expensive housing will eventually become affordable through “filtering,” they concede that this hypothetical process takes 30 years to unfold. But even this claim is incorrect because the build-more-market-housing town criers cannot identify any market housing in Los Angeles that has magically transformed itself into affordable through filtering or over-supply. This affordable housing simply does not exist, and the market housing built 30 years ago is far costlier now because, among many reasons, all housing constructed after 1978 is exempt from LA’s rent stabilization law.

A third and even more preposterous claim for SB 827 is that its market deregulation mitigates climate change.

To begin, according to California State planning law, as well as the Los Angeles City Charter, it is a big deal to lift a city’s legally adopted height limits, eliminate Floor Area Ratio and density caps, cancel parking requirements, and jettison design rules. It requires complicated quasi-judicial zone variances and City Council actions to change zones and amend Community Plan land use designations and footnotes. All of these discretionary planning and zoning actions, in turn, trigger the California Environmental Quality Act (CEQA).

But, because SB 827 imposes its broad changes to local planning and zoning ordinances by fiat, not by a deliberative and environmentally-informed local legislative process, it completely eliminates the use of CEQA to evaluate municipal land use decisions and determine which are the most sustainable.

Therefore, the claim that SB 827 benefits the environment is absurd. SB 827 is the most powerful piece of statewide legislation that I know to eliminate the application of CEQA to local land use decisions. If SB 827 were enacted, its imposed zoning waivers and their multiple environmental consequences would slide through without any CEQA-mandated review.

While blocking CEQA will certainly please the developers who fund Wiener and who will tremendously benefit from his legislation, the environmental consequences of SB 827 are nevertheless there for all to see. It will increase the size of McMansions, inflate property prices in much of Los Angeles, raise rents and selling prices, and encourage the replacement of poorer, transit dependent residents with well-off automobile drivers, living in new energy intensive residences served by a full array of luxurious amenities. The result will be increases in the cumulative and most individual carbon footprints in every city impacted by this new planning legislation.

SB 827 will make Los Angeles and other California cities much less sustainable, not more.

(Dick Platkin is a former Los Angeles city planner who reports on local planning controversies for CityWatchLA. Please send comments and corrections to rhplatkin@gmail.com. Previous columns are available at the on-line CityWatchLA's archives.) Prepped for CityWatch by Linda Abrams.