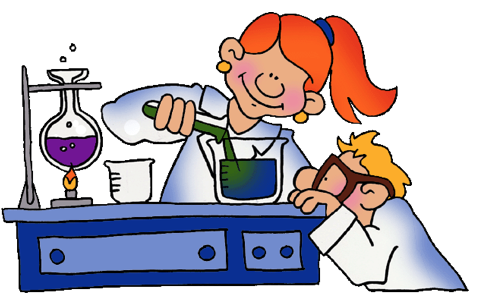 ALPERN AT LARGE--Inasmuch as many of us love a good fantasy/science fiction novel or movie, it's also incumbent upon us all to distinguish the humanistic/utopian issues raised from hard fact.  The late Isaac Asimov and others of his genre created wonderful novels but also emphasized the need to learn science, and to embrace both the emotional and the rational aspects of the human brain.

Enter a variety of new "movements" that mask themselves as scientific and data-driven:  the rape and pillage of Climate Change science, as well as Vision Zero and YIMBYism that inevitably thrashes and trashes the Environment, Economy and Quality of Life for any community that uses these "Trojan Horses" to reward law-breaking and punishes those who adhere to the laws of physics:

Anyone questioning the existence of Climate Change needs only to go to Glacier National Park in Montana and learn how the eponymous glacier in that park is suddenly and rapidly decreasing in size ...

... but does jacking up the population, concentrating everyone's living space to create heat centers, replacing open space with concrete jungles fulfill "YIMBY" ideology, or worsen Climate Change, or both?

Furthermore, the role of humanity in Climate Change, and the ability of mankind to resolve it, and the cost-effectiveness of various strategies to control it, is to be debated...and not rammed down our throats by indoctrinated ideologues preaching to those of us trying to do the right thing, and not to financially and politically exploit this crisis by artificially creating winners and losers.

2) Transit-Oriented Development that is anything but transit-oriented:

The Scott Wiener Bill (SB 827) is a rape and pillage of all that mass transit was supposed to be.  However, creating explosively high and overdense car-oriented megadevelopments was not, and will not ever, the intention of the majority of those who fought for it...and continue to pay for it.

The Wiener Bill allows virtually all environmental and local/city/county laws to be ignored and shredded for developments within a 1/2 mile proximity of a transit line (either a rail line or a major bus route).  That's virtually all of the City of Los Angeles.

For example, the Expo Line was SUPPOSED to create more density along the Exposition Corridor, but with the cap of ridership already approaching well-nigh to its limit of 90,000-100,000 riders/day, and already at its projected 2030 ridership goals, is Exposition Corridor development more suited to a mild densification, or for the densification more suited for the future Wilshire Subway designed for thrice or more the almost maxed-out ridership of the Expo Line?

And are the high-priced developments more suited for car commuters or for transit riders?

3) Vision Zero and YIMBYism do NOT help the human condition, and are arguably horrible for the health and safety of Angelenos:

Do we need Downtowns and business centers?  Yes!

Hence we have Downtown LA, Warner Center, the Wilshire Corridor, and a potential LAX-adjacent business hub that are perfect for future transit routes, freeway expansions, and mega-densification planning and construction.

But creating "Downtowns everywhere" only just distributes the gridlock in the same manner that our freeway system did.  Blocking major highways like Venice Blvd. only worsens pollution, and has at the least done nothing to help virtually anyone, or at the most actually INCREASED pedestrian and bicycle accidents and fatalities.

And where are Mayor Garcetti and his hand-picked "traffic guru" Nat Gale on actually presenting any promised DATA?  Either the data is not to be found, or is being hidden away because it needs to be buried or manipulated until such a time that it is safe to show that Vision Zero and road diets don't do that much, or actually harm the environment.

Furthermore, even Portland has barely reached a 7% bicycle commute rate), and it is to be noted that those of us trying to compromise and encourage bicycle commuting that safely and conveniently works with cars and buses are met with NASTY anger in return from bicyclist zealots who DO NOT represent all bicyclists and DO NOT want compromise.

Climate Change, Transit-Oriented Development, Pedestrian/Bicyclist Safety, and Affordable/Increased Housing are worthy goals that cannot, and WILL NOT be achieved safely and effectively by utopians who pursue ideology over science, and who pursue "the way things ought to be" over the way things actually are.

The great theorists always do best (such as the late Roger Revelle, my mentor at UCSD who came up with the concept of global warming but began to question the methods and conclusions of those exploiting his ideas towards the end of his life) when both theory and hard data are embraced.

Let's not exploit the good to create bad.  We can reach for the stars but still stay grounded on planet Earth.